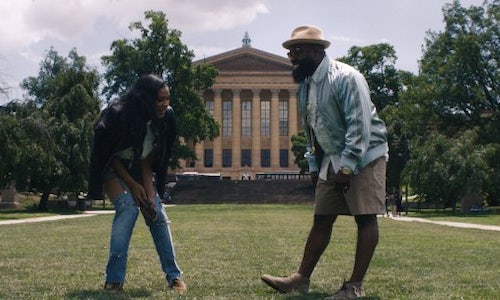 We Got You: VISIT PHILADELPHIA Launches Five-Episode Series To Reach Black Travelers

In 2015, VISIT PHILADELPHIA commissioned a global market research firm to conduct national African-American traveler research. The study showed fewer African-Americans visiting Philadelphia than in the past five years. The study also found that when African-Americans planned their leisure trips, they seek fun and affordable experiences, local and independently owned stores, walkability and vibrant restaurants—all things that Philadelphia has, but that this audience didn't know about.

In recent years, many social media accounts, media outlets and community groups have formed to promote the black travel experience through authentic storytelling and stunning imagery. VISIT PHILADELPHIA wanted to tap into the energy of this movement and develop a video series to help shift an outdated perception of Philadelphia among an African-American audience.

The primary goals of the initiative:

Using our research findings to direct content for a video series, we worked with nationally recognized influencers to create a series that resonates with an African-American audience.

We wanted to reach:

2) and black travelers interested in fresh and unique cultural experiences in new yet comfortable settings and eager to share their experiences with peers through their social channels.

We hired New York-based production team Fictionless to direct and produce the series and took an Anthony-Bourdain-meets-"Talk Stoop" approach. The series is fast-paced with upbeat music to inspire and inform viewers. The episodic format aims to attract repeat viewers and have them tune into the next episode.

Trotter is a host with a strong tie to Philadelphia to narrate, and he ties each episode together by interacting with five different influencers as they explore the city. The five episode themes are food, arts and culture, history, outdoor spaces and shopping.

The five-episode series, titled We Got You: Philly by Tarik, taps into the power of a national celebrity, pairing Trotter with trendsetting national influencers, including:

In addition to the five full episodes, we created six 15-second trailers and a six-second advertising spot.

To distribute the videos, we:

-worked with influencers to promote their episodes to their personal networks

-created a landing page on visitphilly.com to house videos and relevant content

In addition, we hosted a launch event to unveil the series, and our public relations team pitched the series to multiple publications afterward.

To date, we've seen more than 6 million public views of the videos across YouTube, Facebook and Instagram. (We met more than half of our view goal in just three weeks.)

Travel outlets Skift and Travel + Leisure wrote about the series, along with many other local and national outlets. Publicity value from the media coverage about the series totals nearly $65,000.

Within one month of the launch, we recorded a 94% increase in use of @blackthought and Philadelphia on Twitter: 38 mentions before the campaign's start and 112 one month later.

Video for We Got You: VISIT PHILADELPHIA Launches Five-Episode Series To Reach Black Travelers