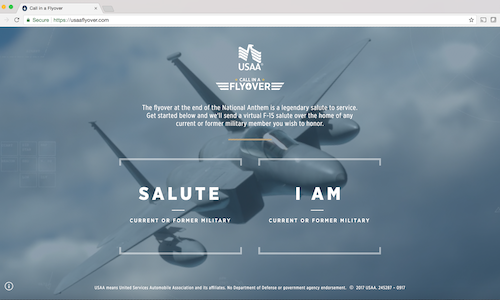 The pregame flyover is a long held tradition before many sporting games, most notably NFL games during Salute to Service month in November.

As the official Military Appreciation Sponsor of the NFL, USAA wanted to give their members a one-of-a-kind virtual salute for serving their country—driving awareness of the sponsorship as well as positive sentiment towards the brand.

One of the greatest pregame spectacles is the military flyover which honors the sacrifices of servicemen and women. Since it has such close ties to both the NFL and the military, it is the perfect way for USAA to show their members appreciationwhile bringing awareness to their sponsorship.

In order to bring the flyover to a broader audience, the Publicis agency, along with USAA, created the world's first virtual flyover. Using a combination of Google Street View, Google Earth and real-time CGI rendering, we allowed any service member to receive a short film showing six F-15's flying directly above their home.

Once on the site, users simply entered their name, rank, branch of service and address to instantly receive their Flyover salute. After viewing the video, users could share it via social channels. If you were not a former or current service member, you could fill out the same information which would generate an email to the person you wanted to salute.

Overall, the campaign generated 143 million impressions and 114K site visits. More than 2,000 unique video salutes were completed with over 900 shared on social. Facebook was one of the most efficient and effective channels of the entire campaign, generating a $3 cost per site visit and 30k site visits. Snapchat also performed well, over-delivering by nearly 4mm impressions and 17k site visits. The campaign also created a retargeting pool of 270,000 users, allowing USAA to follow-up with them with product messaging. 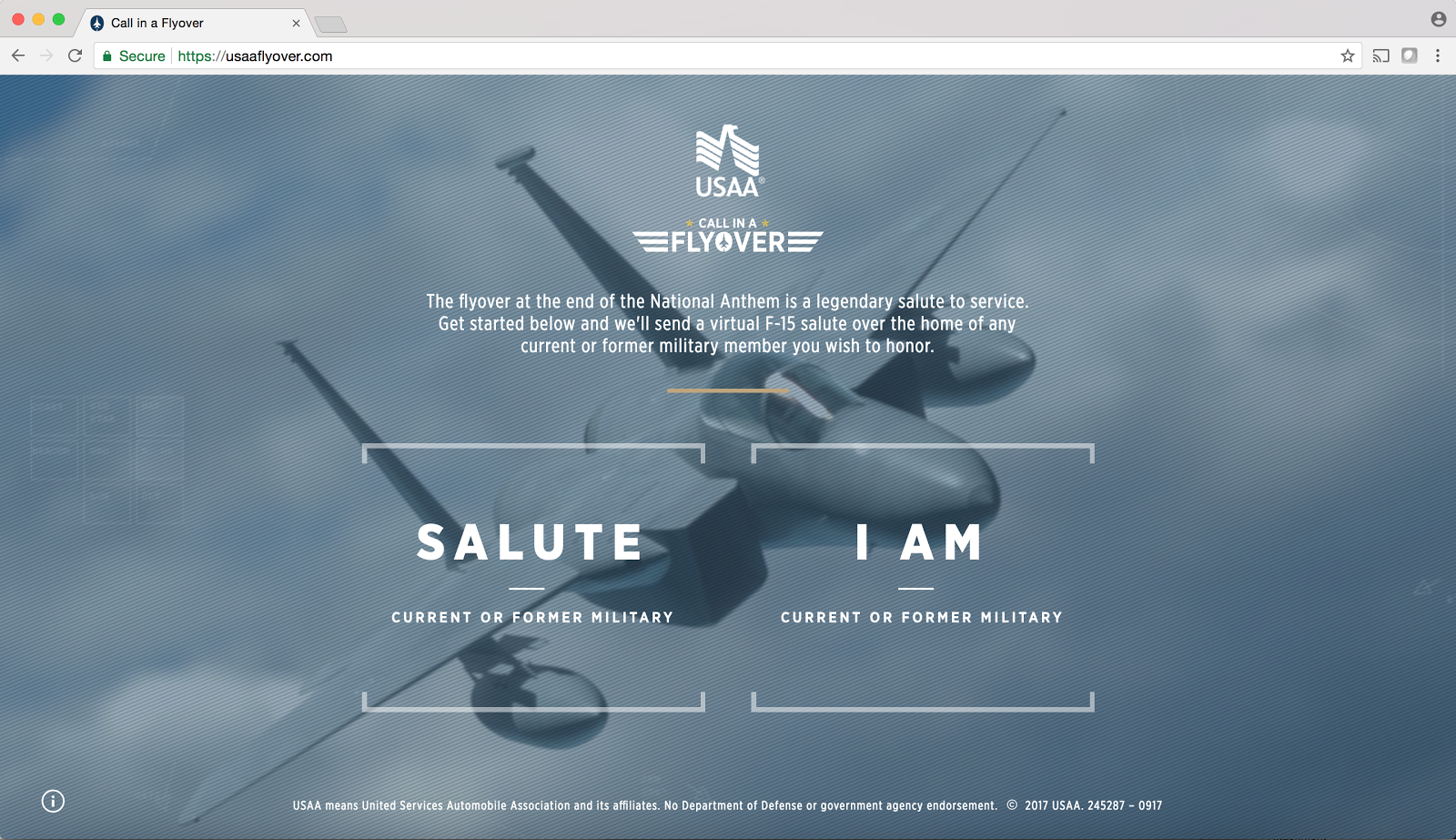 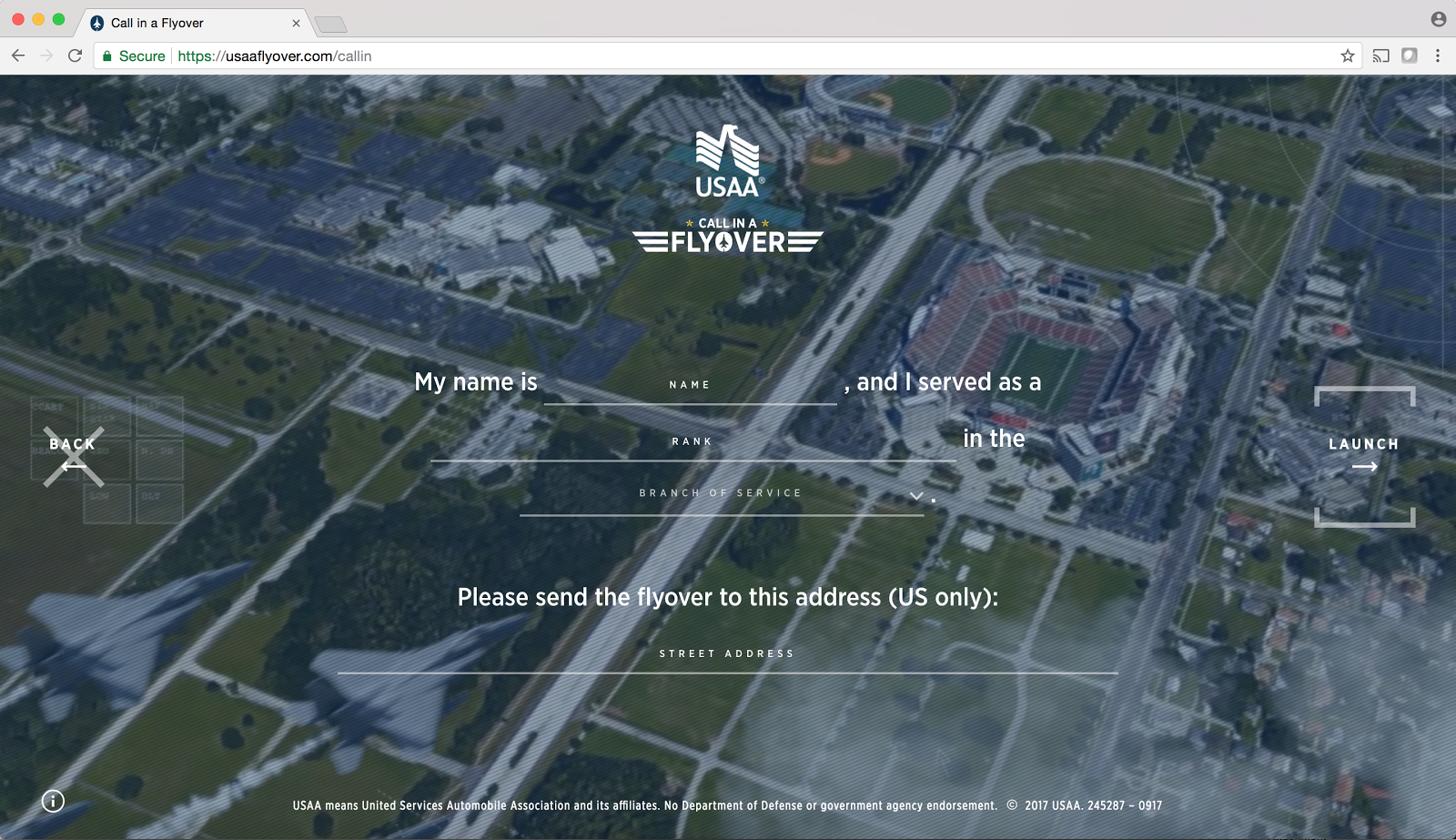