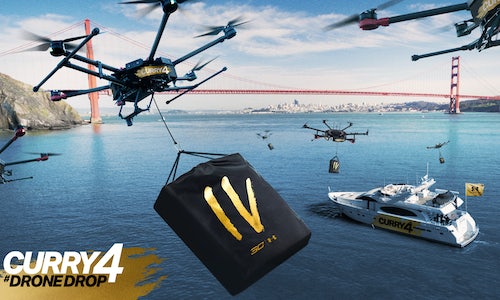 Under Armour, an underdog fighting for footwear credibility, needed to make Stephen Curry's new signature shoe famous if they were to compete with the other giant sneaker brands. They were looking to create a memorable and impactful sneaker release in order to uniquely generate buzz among sneaker-heads and technology enthusiasts, engage Stephen Curry and Golden State Warrior fans, and drive interest in Under Armour's new "More Dubs" Curry 4 shoe.

Creating exclusivity and anticipation are critical in driving interest for a sneaker release, where kids and sneaker-heads scramble to be first in line for the latest pair of shoes. For Stephen Curry & Under Armour, we wanted to create an experience that hasn't been done before. So, we devised an innovative way to deliver a limited number of the new Curry 4 shoes on his home turf around the Bay Area. We combined the digital and physical worlds to create an immersive and interactive experience for fans to engage in, making the journey just as exciting as the reward.

During the week leading up to the Drone Drop event, we posted teaser videos with clues about the activation on Under Armour's social channels and released a final video with a paid push the morning of the Drone Drop. We also partnered with eight local Bay Area influencers and sneaker-heads to help create additional content. Soon, curiosity around the Drone Drop had people buzzing and the media talking.

On the day of the Drone Drop event, we launched our custom, interactive drone-tracking map, that included a basketball mini-game, which sent fans from Oakland, San Francisco and beyond on a race to find the hidden Drop Zones, obtain a unique QR code, and secure a pair of autographed Curry 4s. The interactive map had proprietary software we developed that allowed us to communicate with each drop zone and digital kiosk where fans could go into a booth to choose a sneaker size and place an order. A drone pilot would load the order from one of five ships contracted for the activation and fly the sneakers to the drop zone and winning fan.

The activation drove hype among Warriors and Stephen Curry fans in the Bay Area. Enough local Bay Area fans to fill Oracle Arena were searching for the Drop Zones

Under Armour saw over 500,000 map views and captured entries and email addresses from over 25,000 people.

In an era of ever-decreasing attention spans, fans averaged over eight minutes immersed in our map and those who located the basketball mini-game spent an average of more than 10 minutes playing it.

The campaign received over 30 media placements, in outlets including Yahoo Sports, USA Today, PRWeek, The Drum, and Uproxx. 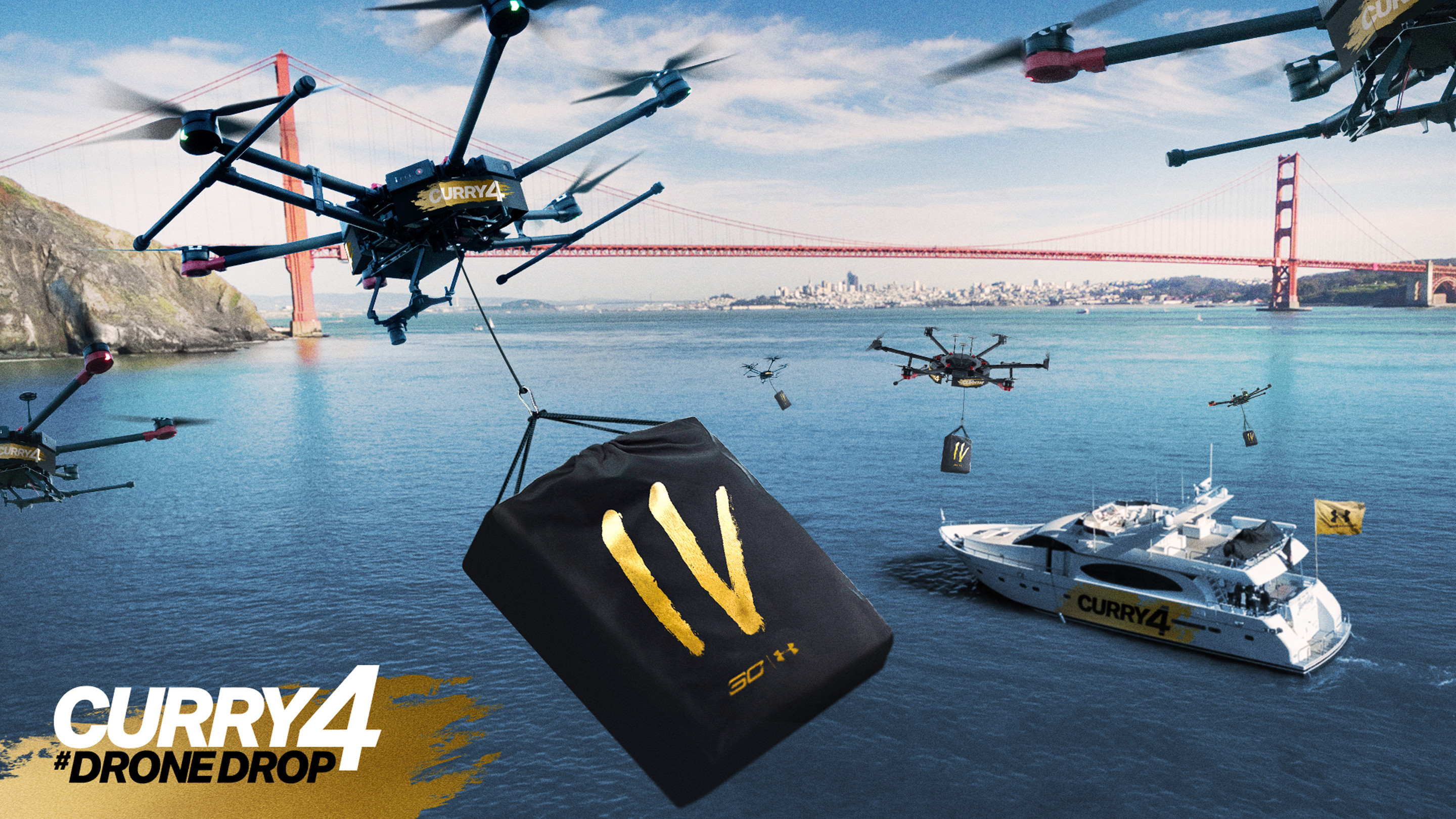 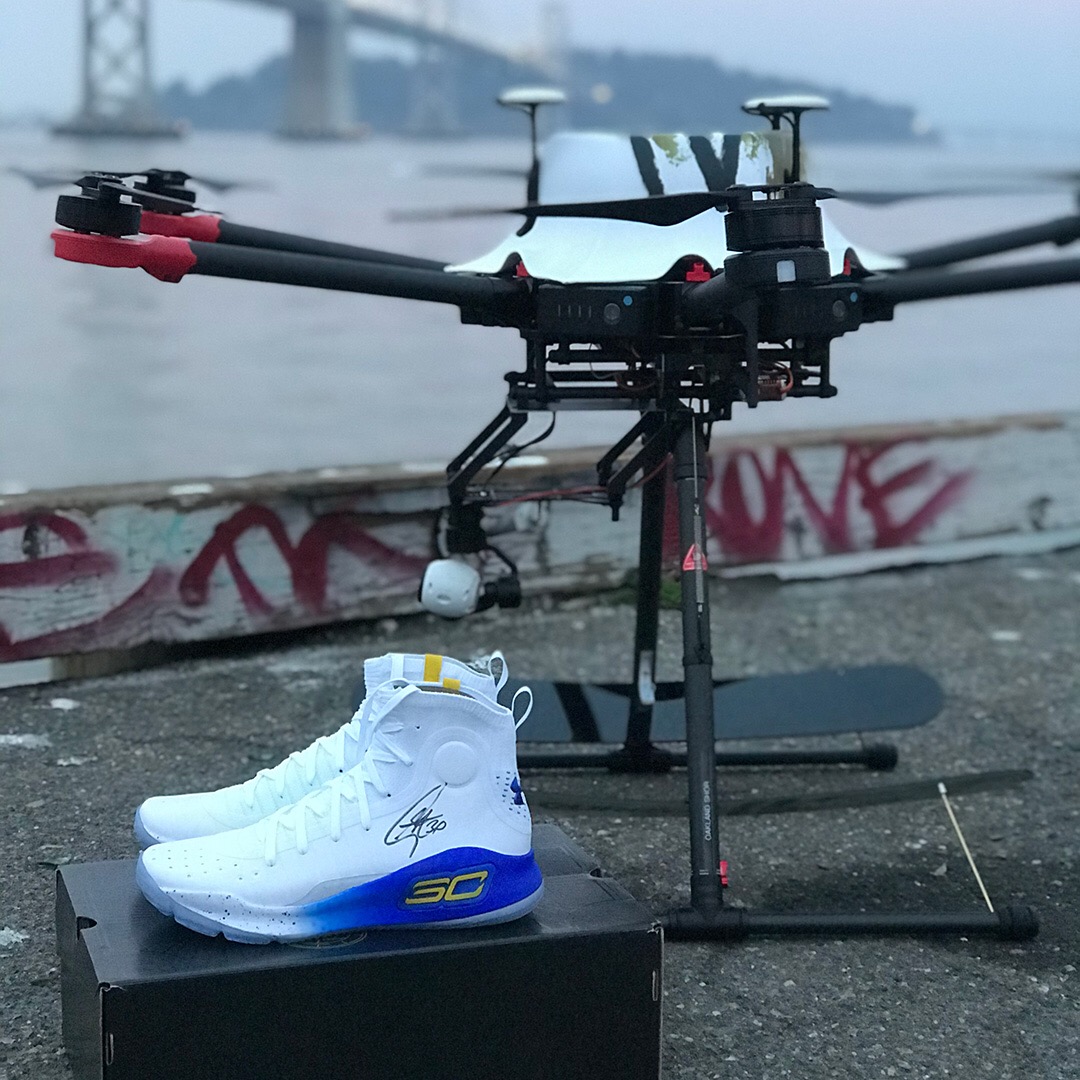 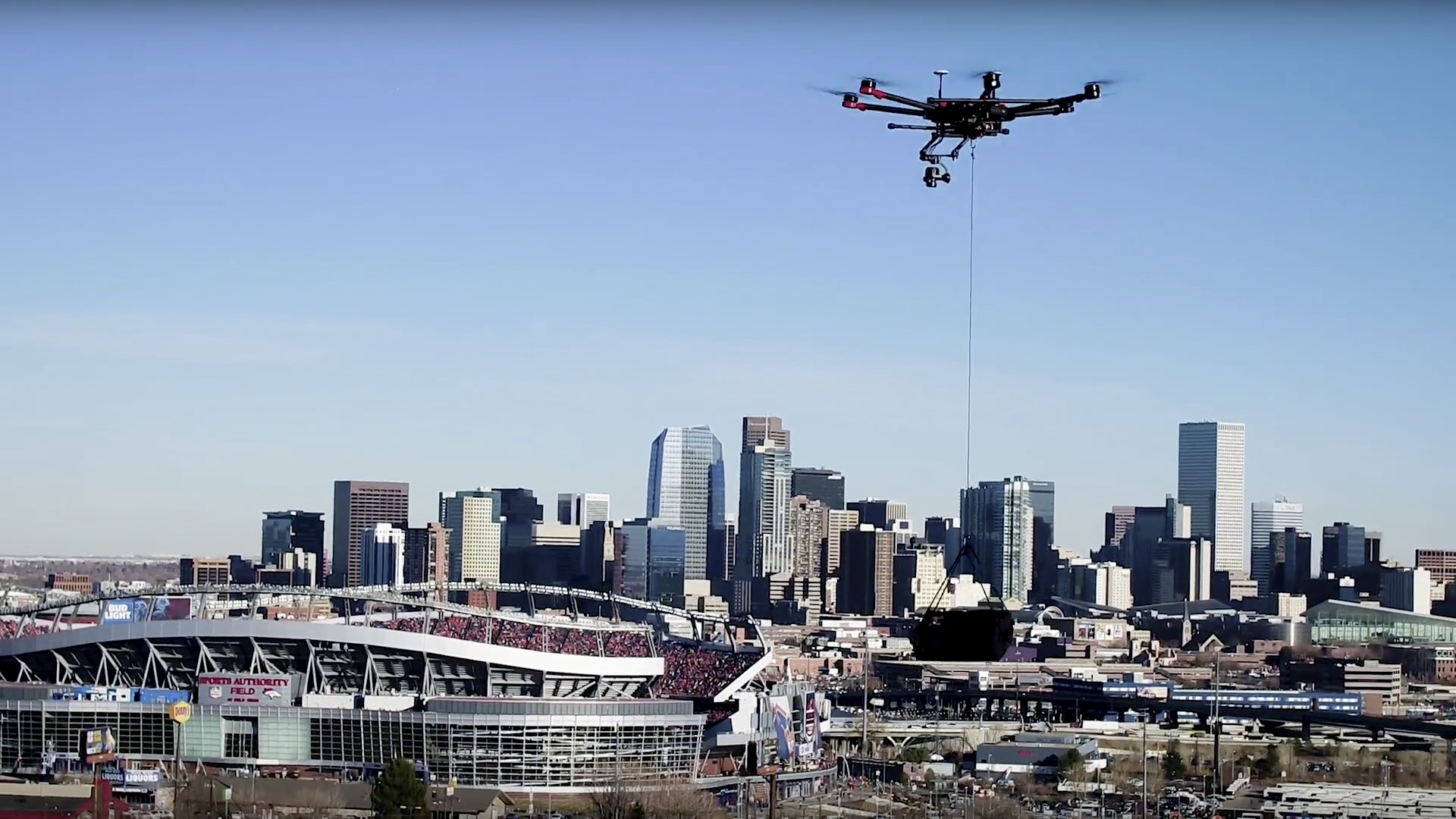 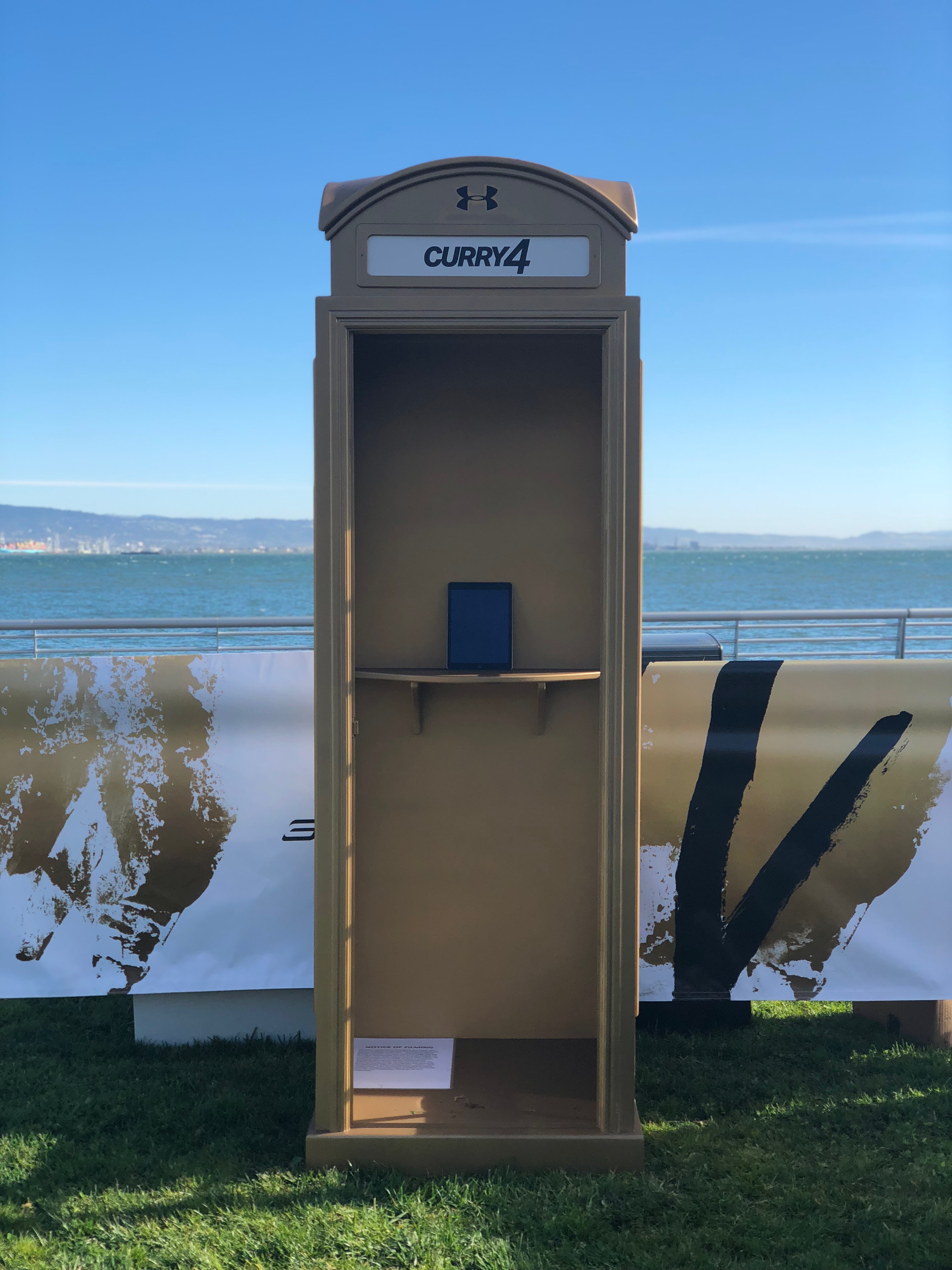 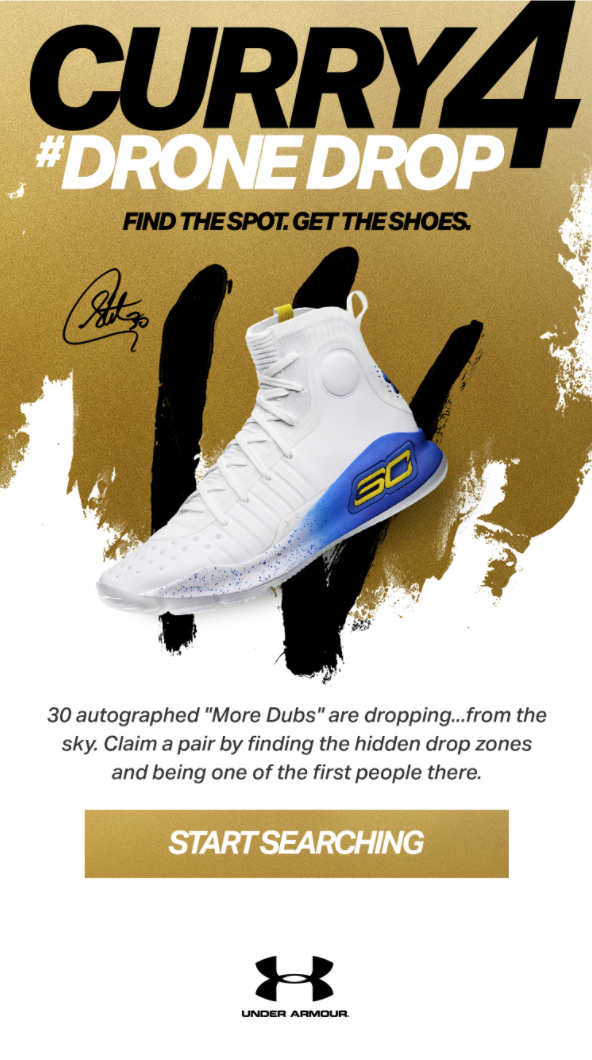 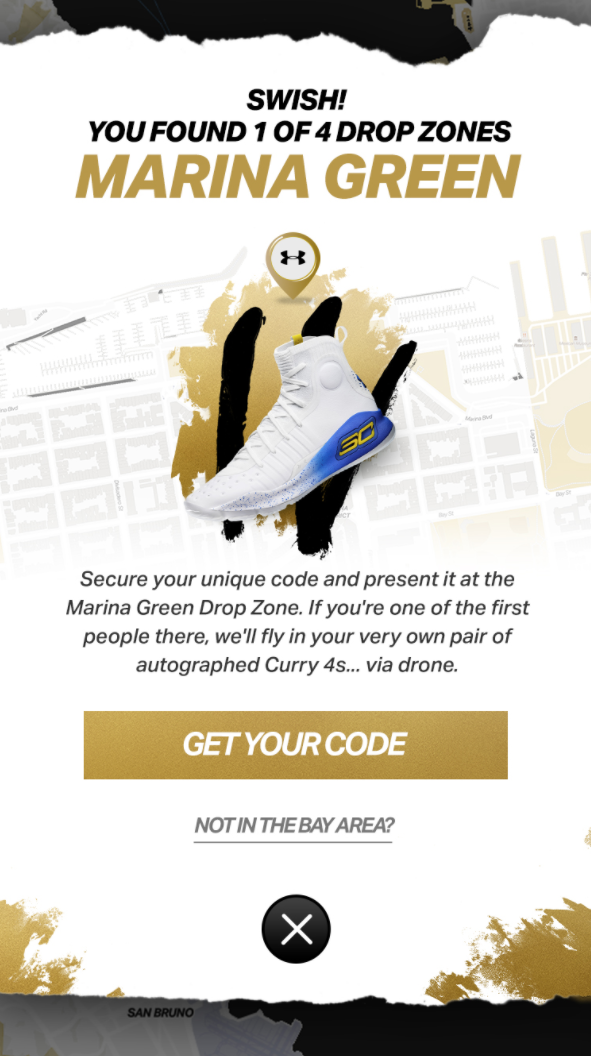