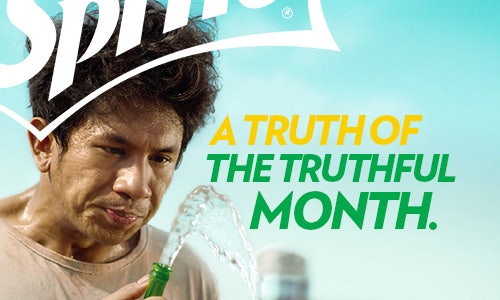 A Ttruth of The Truthful Month

During Ramadan, the most festive season in Indonesia, every drinking brands will intensely communicate to be appealing for breaking the fast (iftar). Indonesian moslem celebrate iftar with variety of drinks, but not sparkling drink like Sprite.

We need to boosts Sprite sales in Ramadan season where the product relevance decreasing, while the alternative drinking products are intensely communicating and desired.

While other brands used religious image to communicate themselves, Sprite stayed being truthful to what consumers really experience during Ramadan: to withstand the hunger and thirst throughout the day. This campaign smartly empathize to what consumers experienced during fasting: the feeling of thirst, by portraying what consumers actually feel when they are thirsty to build desire to the product (Sprite) and exposed the campaign material at the moment and location where thirst are at the highest level (highest temperature of the day). To strengthen the effect, special discount are shared as reward to consumers and at the same time stimulating purchases.

This campaign starts with Sprite's Truth About Ramadan video which spread online. Because Sprite understood the intensity of the experience, Sprite used location based rich media that specifically targeted mobile users on places with the highest temperature during the day (> 31º Celsius). At the end of the ad, 25% discount coupon is given to the audience to be redeemed at nearest convenient stores.

To keep the festive spirit, Sprite gave motivation. Supported the campaign with many local-insight truths about Ramadan in social media.

The results are fascinating. Within Ramadan season, the campaign became the talk of the internet and spread like wildfire with over than 11,800,000 views online. It contribute to make Sprite became one of The Most Searched Brand in 2017 in Google Indonesia. Many people appreciate Sprite's truthfulness during Ramadan and even made their own version of Sprite Ramadan campaign video.

Despite of the season, Sprite uplifted 2 percent point in category relevance while its brand favorability increasing by 10 percent. Over 48,000 coupons served to the consumer over the period of 9 days which also leads Sprite's consumption growth by 4% points.

Video for A Ttruth of The Truthful Month 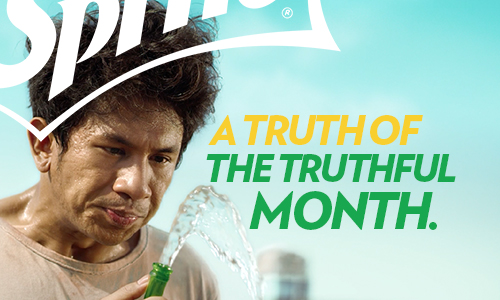 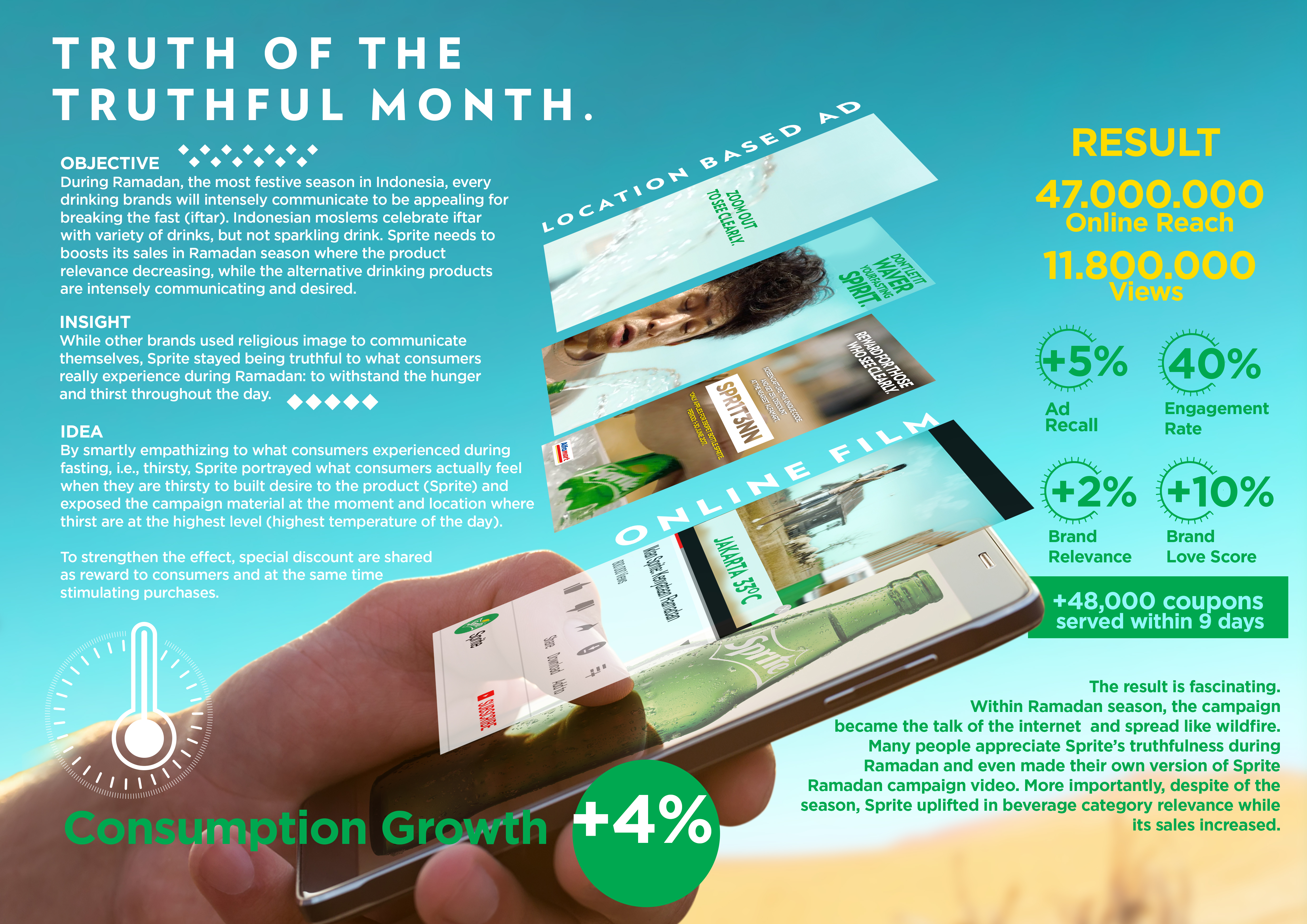