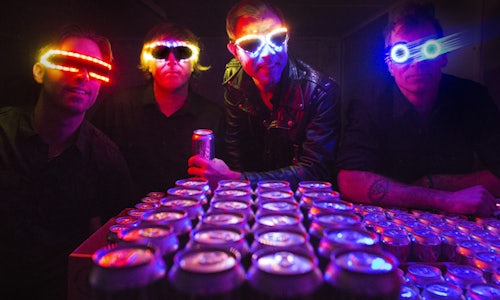 T.R.I.P. Through The Multiverse

For nearly 20 years, consumers haven't been willing to pay for new music. They're not going into music stores for it, and if they discover it online, it has all the excitement of dragging and dropping a gallon of milk onto their online grocery order. The tactile and emotional elements of new music discovery have vanished. And if you're an independent music creator in a constant struggle with obscurity, you have little hope for label support. Releasing a new album feels like hacking a dull machete through the overgrown app jungle of the internet.

The agency was asked by indie rock band The Lights Out to help promote their forthcoming album. Each song was a report back from an alternate universe. The music and production were highly professional. But with hundreds of albums released every day (more than 100,000 each year), there was no chance media and consumers were going to discover a bootstrapped album from an unsigned, obscure band.

We had to do something radically different. In one stroke, with almost no money to spend, we needed to figure out a way to establish national awareness of this band from scratch, generate buzz around their new album – AND get consumers to actually buy it – requiring a change in consumer behavior that would go against decades' worth of established expectations and buying habits.

If consumers weren't going to find this album in a music store or online, we were going to put it somewhere we knew they'd find it, on a product they were already used to paying a premium price for.

We were going to release this album on a beer.

We convinced the band to let us take a rough cut of the album to Aeronaut Brewing Co. – a brewery founded by scientists from Cornell and MIT. We asked Aeronaut if they would listen to the music and create a beer that would pair flavor with sound. Despite no previous ties to the brewery, the idea "spread like wildfire" through their organization. They agreed.

Aeronaut passionately approached it like a science project. We guided them in the development of a beer to serve as fuel for a pandimensional traveler, with the music as the soundtrack for a journey between realities. They even used Galaxy hops in the recipe.

We worked with their label artist to capture elements from the band and brewery, while staying true to them both. We put a social media trigger on the label and turned the band's Twitter account into an album-dispensing digital fortune cookie. Each time the social media trigger was posted by a consumer, the consumer would receive a message back from the band, telling them what they were doing right now in a parallel universe, and a link to the album. Putting a download code on the cans would have been easier. But it wouldn't have been good enough. We wanted to make consumer retrieval of the album fun, interactive and socially visible.

We called the unified album/beer, T.R.I.P. – short for The Reckonings in Pandimensionality – which was going to be the name of the album. It was a new kind of product that offered a full sensory experience with sound, taste, touch, visual and smell.

We produced a YouTube trailer explaining the collaboration to consumers and media. We brought in the chair of a leading music industry school as a third-party spokesperson, offering the business perspective on why an idea like this is critical in the careers of bands in a post-label world.

We broadened our media horizons and untethered ourselves from usual suspects in music media. We tailored versions of the story for food, beverage, beer, pop culture, lifestyle, business, technology, design, science and visual arts titles.

We prepared a series of announcements to roll out over the course of the campaign, including live interactive beer/album launch events, where the band would rappel from a reality-splitting wormhole projected 70 feet in the air onto stage to perform the album. Every several weeks, we released a new track, a music video, announced a show or added another new element to maintain momentum.

The campaign struck a chord with music and craft beer fans:

Consumers ran to stores, posted images of themselves hoisting the beer/album in the air and used the social media trigger to get the content.

"Out of this world" (Men's Journal)

"This is a very, very cool innovation" (Fortune)

"Takes co-branding to the next level" (ADWEEK)

"Some of the biggest developments for packaging" (Food & Wine)

It was so well-received, the brewery asked us to do it again, brewing and canning a batch twice the size of the initial release:

-Gave the band a new following among craft beer lovers

-Created a new way for content to be distributed and sold

-Cut through one of the toughest media environments in recent history

-Completely sold out of the product – twice

Video for T.R.I.P. Through The Multiverse 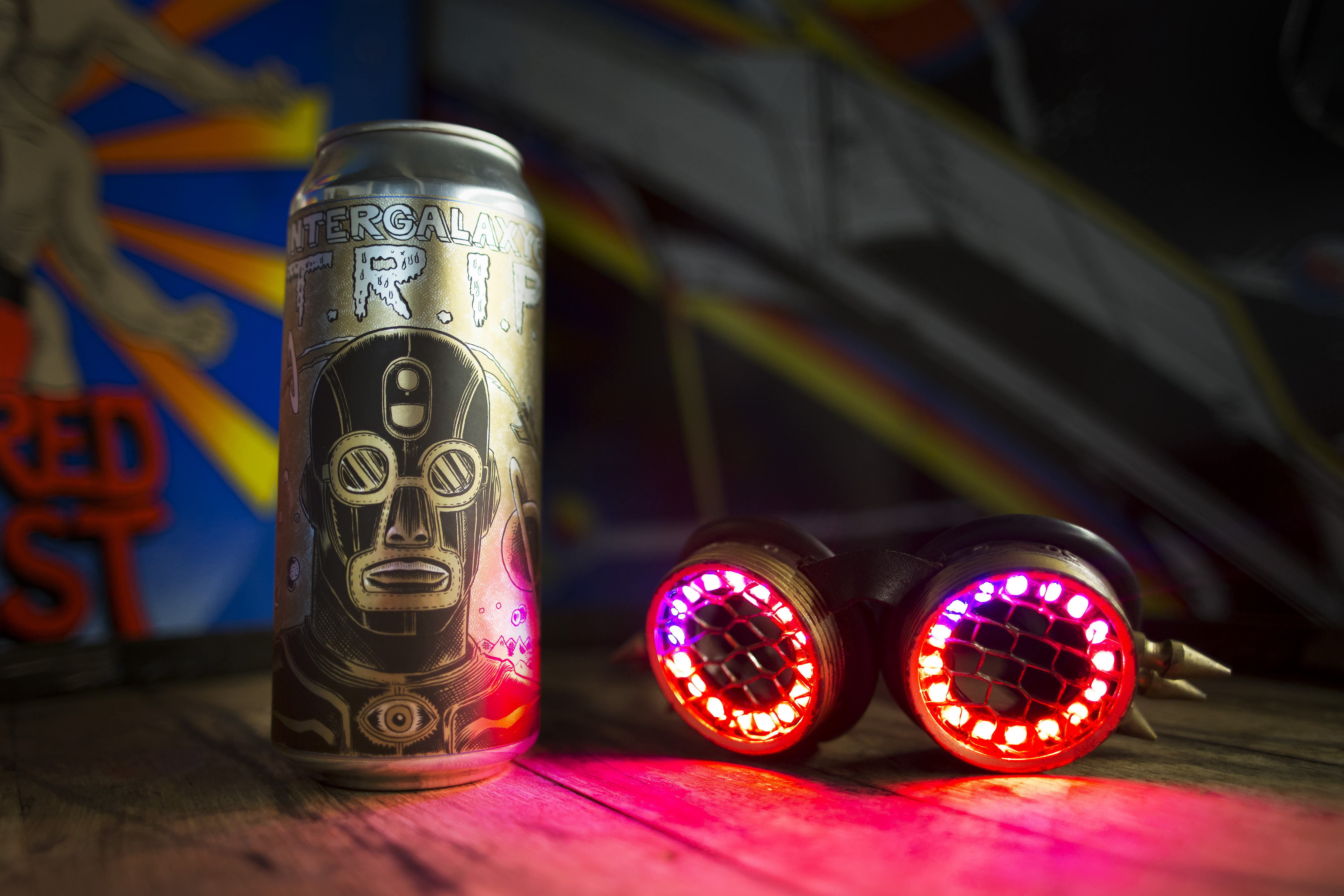 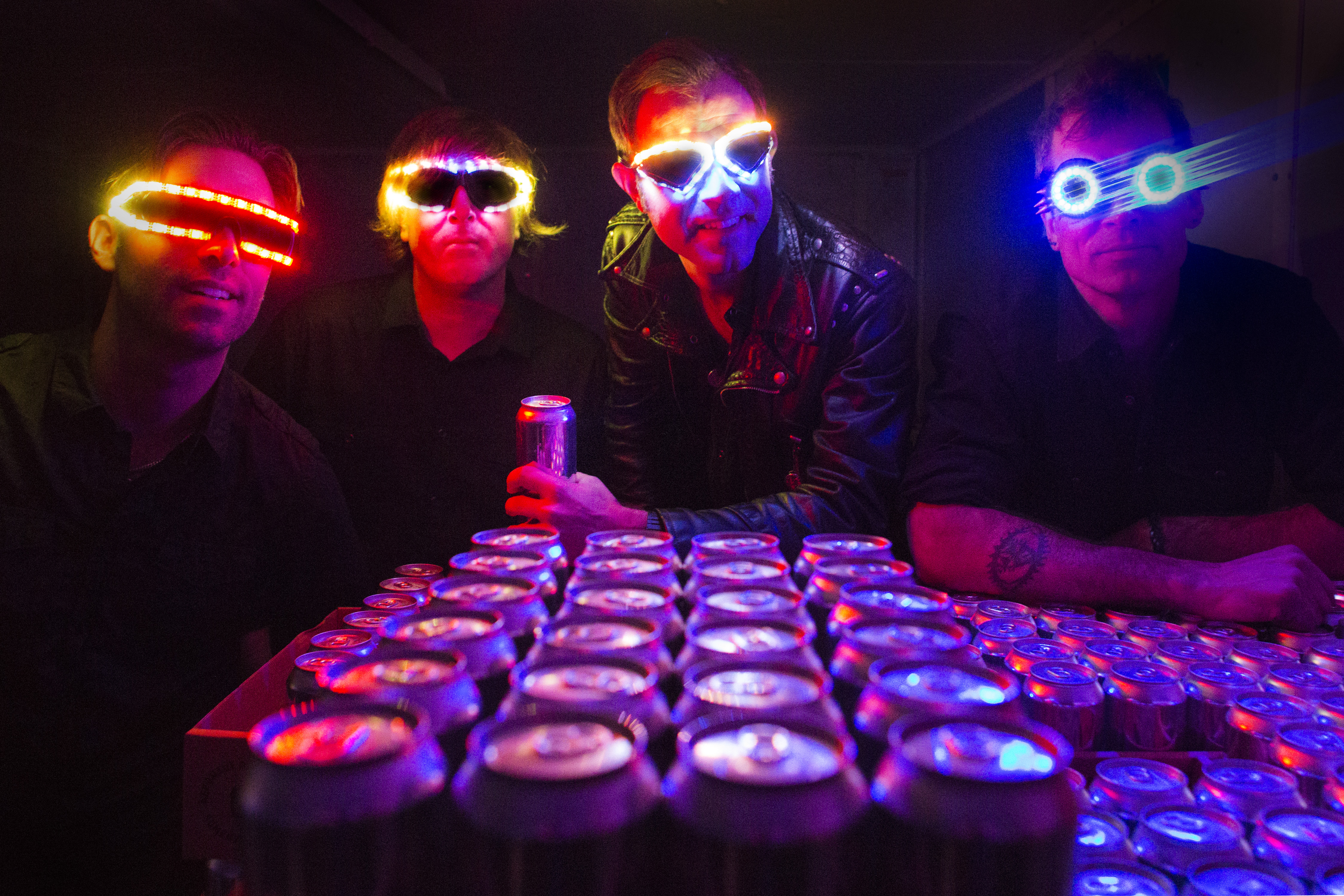 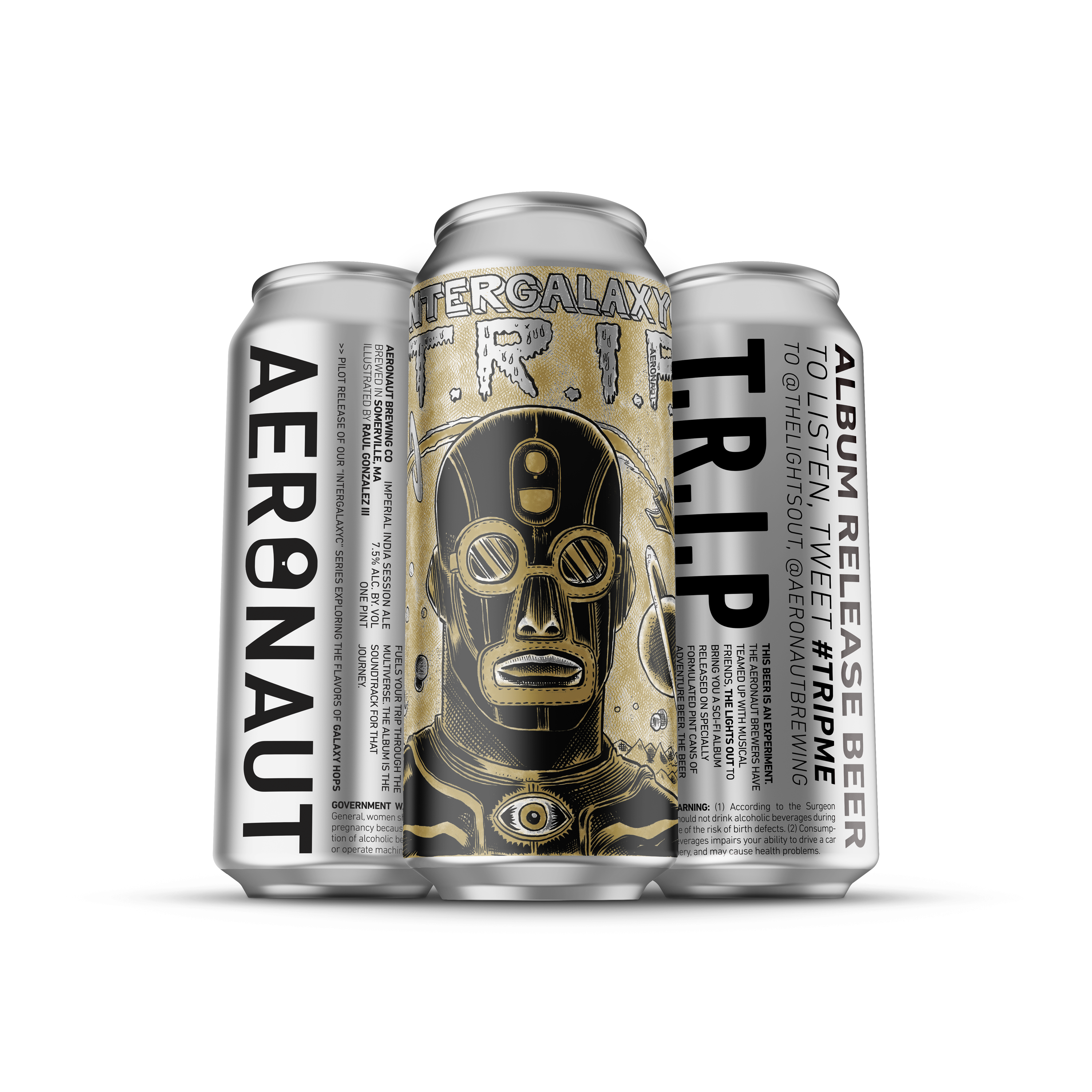 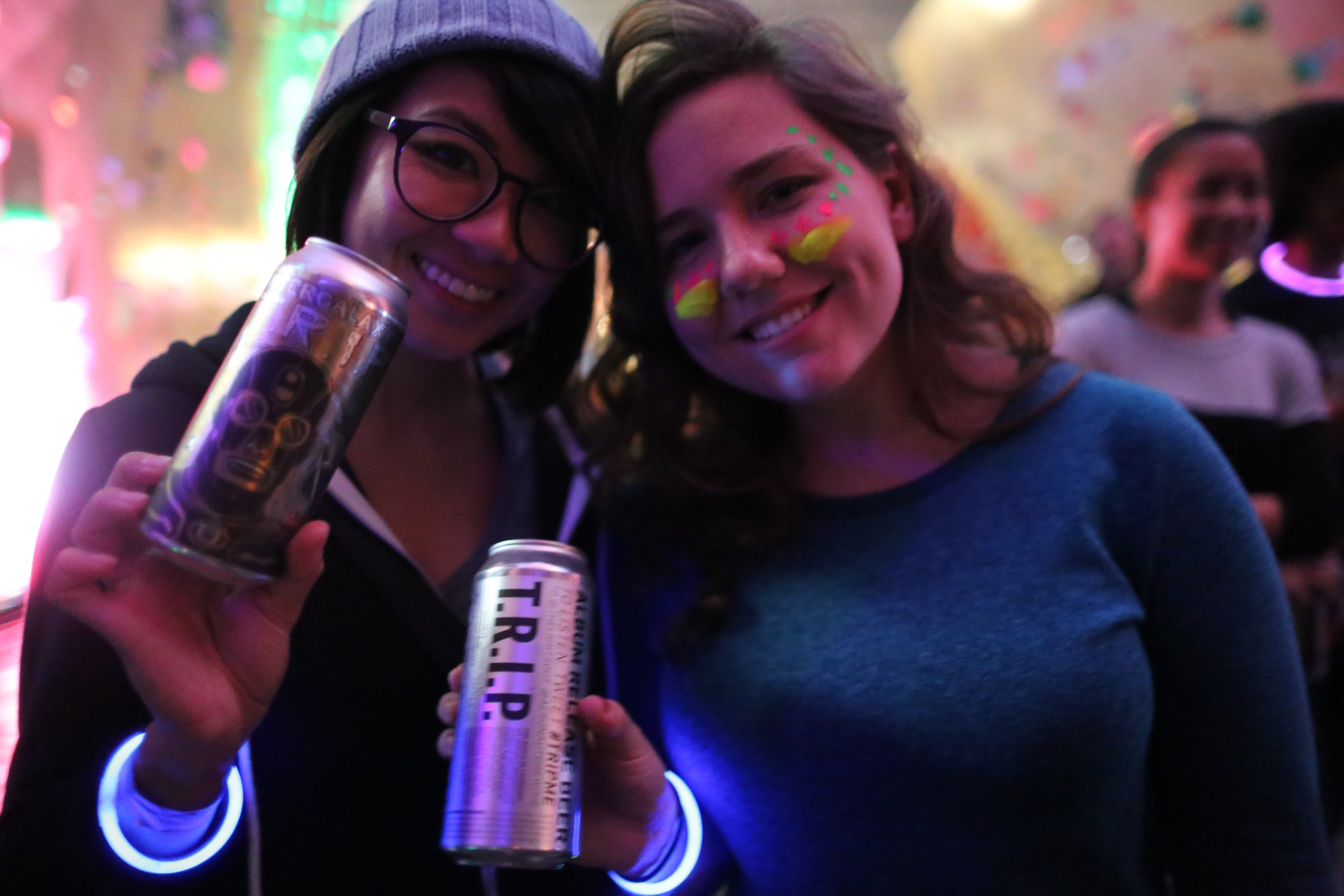 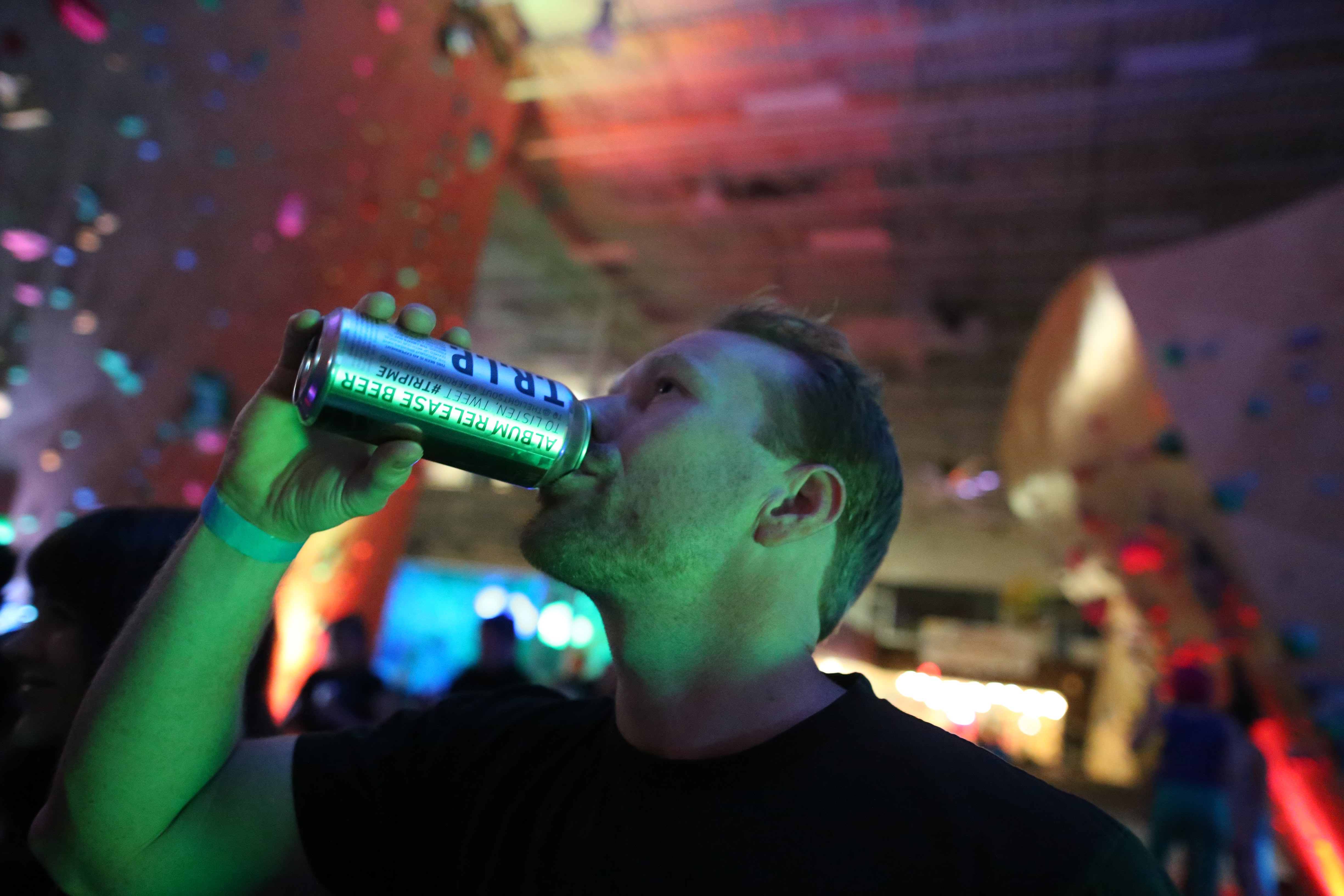