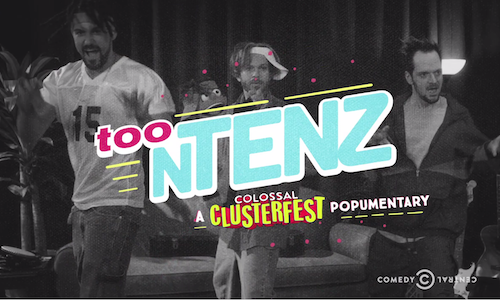 This year marked the San Francisco debut of Colossal Clusterfest, Comedy Central and Superfly's star-studded comedy and music festival featuring acts such as Jerry Seinfeld, Kevin Hart, Ice Cube, and Tegan and Sara. Jose Cuervo wanted to make a big impact not only by sponsoring the event, but by creating custom content that tied to the festival and communicated the energizing spirit of their "Tomorrow Is Overrated" brand messaging. Specifically, they wanted to use the visceral power of music to illustrate the intensity of the experience they offer their customers. So, to show how Cuervo recovers the soul of tequila, we decided to recover the soul of a forgotten musical genre. No, not soul, that would've been too easy. We were thinking of '90s boy band pop. Because what better way to grab millennials' attention than by staking a claim to fanatical 1990s nostalgia with a fictional boy band created just for Cuervo?

Cuervo and Comedy Central created a digital series that would simultaneously promote Colossal Clusterfest and emphasize Cuervo's "Tomorrow is Overrated" brand messaging. The series took the form of a three-part faux documentary entitled "Too NTENZ: A Colossal Clusterfest Popumentary." Comedian and Clusterfest performer Aparna Nancherla (Late Night with Seth Meyers, Conan, Corporate) narrated the rise, downfall, and return of 90's boy band NTENZ, who were going to reunite at Colossal Clusterfest. No boy band trope or music documentary cliché was spared, as we crafted a goofy, ridiculous sendup of an era we're all a bit embarrassed to say was our best years - all keeping in the "live in the now" tone of Cuervo and voice of Comedy Central.

The series' first episode delved into the band's backstory as '90s heartthrobs too rebellious to leave the tags on their music video outfits. Episode 2 explored the members' modest post-showbiz careers in art, social media and tent sales. ("In Tents"—get it?) And Episode 3 followed the boys through rigorous prep for their Clusterfest comeback, with their efforts culminating in an unexpected twist. Jose Cuervo tequila figured in every chapter, providing flavor to NTENZ's celebrations of their heyday and reunion and even serving as a makeshift perfume for Aparna as she makes her first contact with her girlhood idols. Each time the product appeared, its potency was illustrated via an impressionistic montage of similarly powerful images, like lightning, explosions and a screaming bald eagle. This was our tongue-in-cheek way of making the viewer feel Cuervo's true power through the screen

"Too NTENZ" aesthetically captured the glossy production values of modern documentary filmmaking along with the garish trappings of '90s pop culture. (Keep an eye out for Big Hits Live and BLOOP! magazine.) It all came together as a sharp, silly parody that underlines Cuervo's "Tomorrow Is Overrated" message: Like NTENZ, we've all got to live for the moment.
RESULTS: With an on-air web driver pushing to the digital series, the videos garnered 4.9 million social impressions, and 1.5 million video views. They successfully served the needs of everyone involved: Cuervo, Comedy Central, and the entire Colossal Clusterfest team were thrilled with the project. Content was lifted from the project and was used as bumpers in a Snapchat story about the festival as well - all helping thread the needle for Cuervo and Comedy Central. All in all, "Too NTENZ" functioned a lot like its namesake: Several quirky parts coming together to make one hilariously popular harmony. 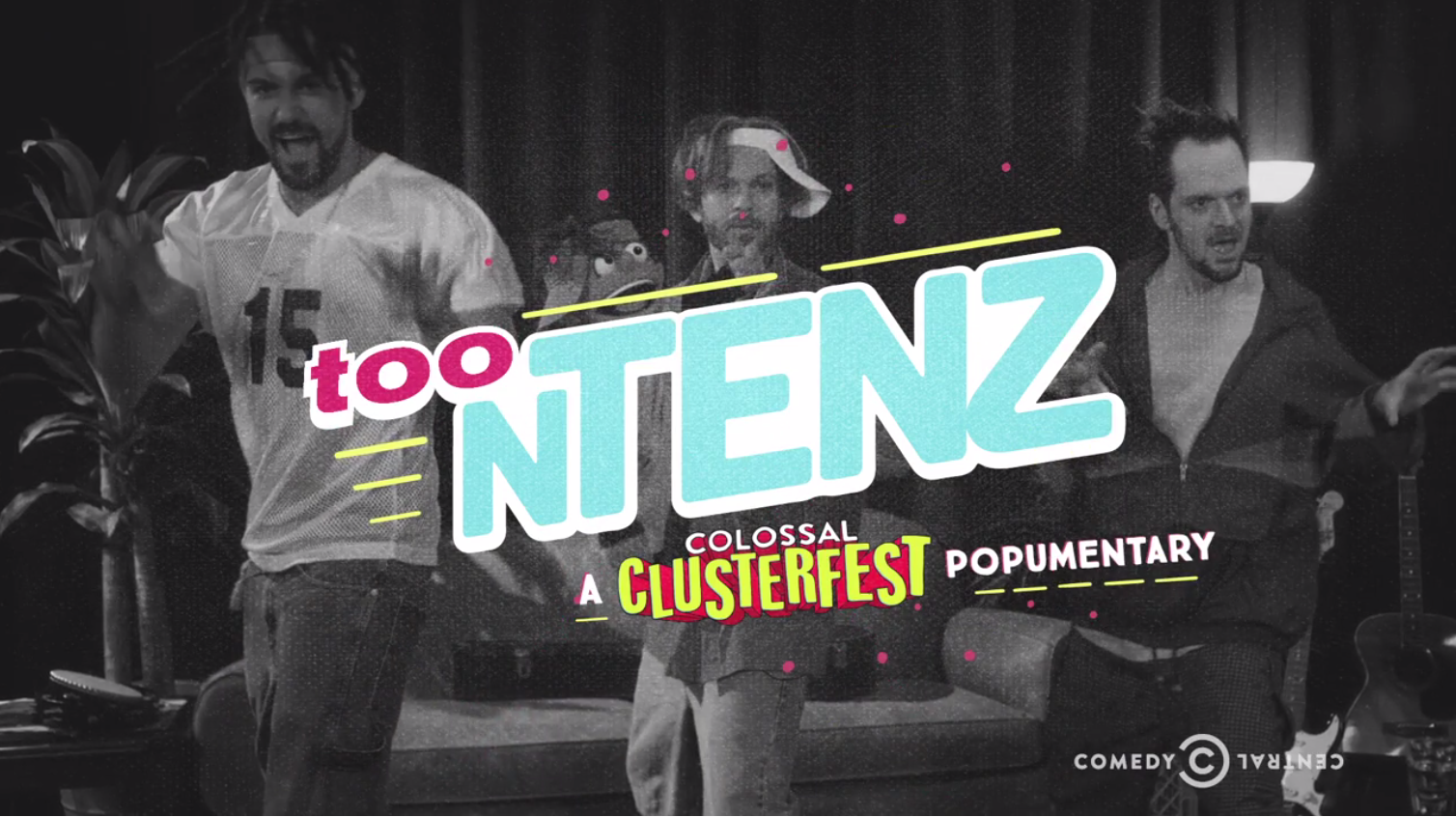