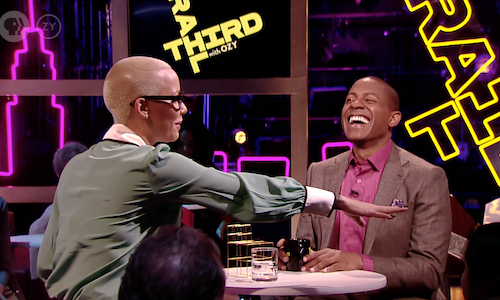 The goal of the new PBS primetime show Third Rail with OZY is to champion civilized debate around the "third rail" issues we're grappling with as a country, giving new voices a platform to have their perspectives heard. As you can imagine, social media is the key to realizing this ambition – integrating the votes and opinions of those on social media into the program was a key element to in the show. Third Rail with OZY premiered nationally on PBS on September 8, 2017 for its first seven-episode season, which tackled subjects such as lying in politics, structural racism, gun control and sexual harassment. Third Rail with OZY's second season is planned for 2018.

Third Rail with OZY brought social media users into the broadcast discussion through the real-time fan engagement platform Telescope, which allowed the production to simultaneously stream the show on social platforms while surfacing social votes and comments simultaneously for the television broadcast. What's more, local PBS stations around the country and our co-producer OZY shared the live show with their own social media communities, creating dozens of localized debates each week that were unique to that specific community of fans.

Here's how it worked. Each week, the show's 8:30pm broadcast on PBS also streamed simultaneously to Facebook, Twitter, and pbs.org. From the broadcast control room in New York, WGBH monitored conversations on the Facebook Live stream and on Twitter, identifying the most salient comments and counterpoints and pushing them live on the national televised broadcast. The integration with Telescope allowed for comments to be surfaced live on PBS within seconds of a tweet or Facebook comment.

Through Telescope, the show offered an additional engagement opportunity to viewers, encouraging studio, online, and broadcast audiences to vote via Twitter, on SMS, or at pbs.org. Fan votes were aggregated and then drove a dynamic ticker that tabulated the votes and updated throughout the week and during the broadcast. During each episode, we surfaced the poll multiple times, showing the vote changing as panelists made their points and counterpoints.

In addition, WGBH produced a live Facebook viewing experience leading up to and then during the show's premiere on September 8. That was then followed by a Facebook Live "post-show" that wrapped the broadcast with additional commentary from host Carlos Watson, interviews with guests and fans, and a Q&A with viewers – all live from Third Rail with OZY's jam-packed premiere party at the Harlem Tavern in New York City.

Finally, Third Rail with OZY produced a standalone Facebook Live series consisting of 1-1 interviews between host Carlos Watson and featured guests each week. These "one-on-ones" dove deeper into each week's topic with guests like Amber Rose, iO Tillett Wright, Ann Coulter, and others. Questions and comments from viewers were fed directly into the teleprompter for the host to integrate into the conversation, leading to some of our best dialogues of the season.

Third Rail with OZY's robust social media campaign lead to breakaway success during Season 1. Our season-long goals for video views were exceeded during our very first episode, and the seven-week season resulted in 3.2 million social video views across Facebook, Twitter, Instagram and YouTube. The live social integration drove more than 56,000 engagements, more than doubling our season goal of 19,000 likes, comments and shares.

What truly propelled Third Rail with OZY into national social media dialogues was the wide, diverse reach of our production partner OZY, coupled with deep and sustained calls for opinions and tune in from PBS stations throughout the country, and through our celebrity and expert guests who were highly engaged and active in using their own networks to solicit feedback and reactions to the topic.

Video for Third Rail with OZY 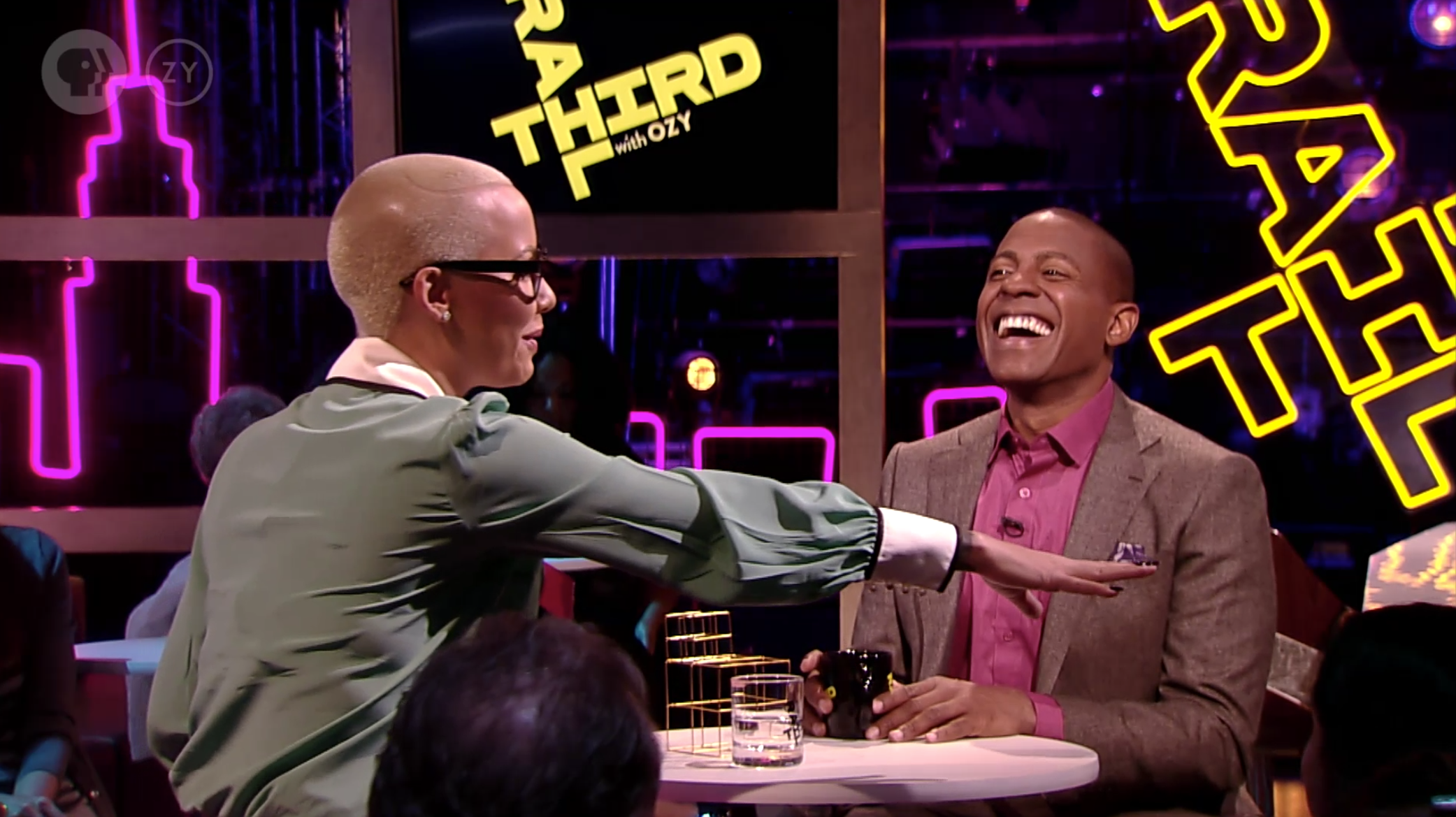 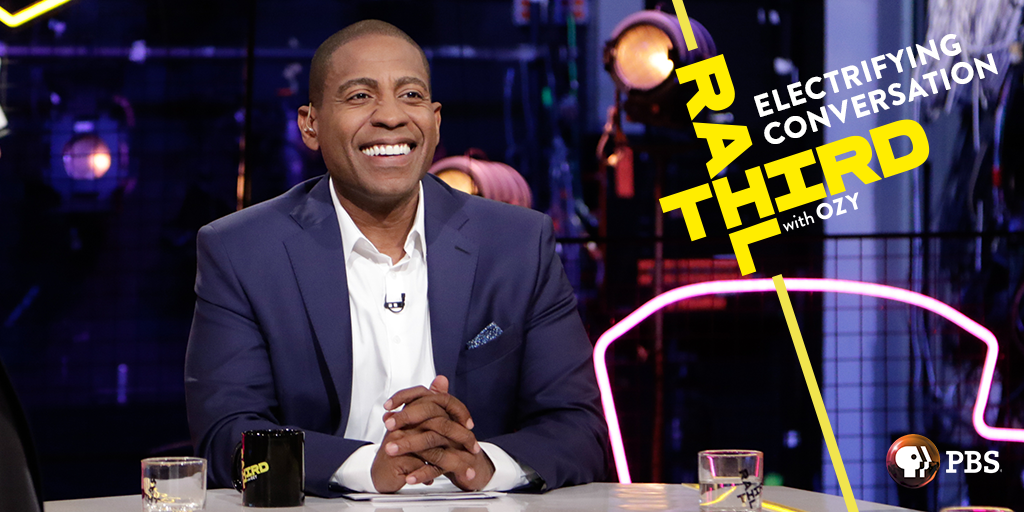 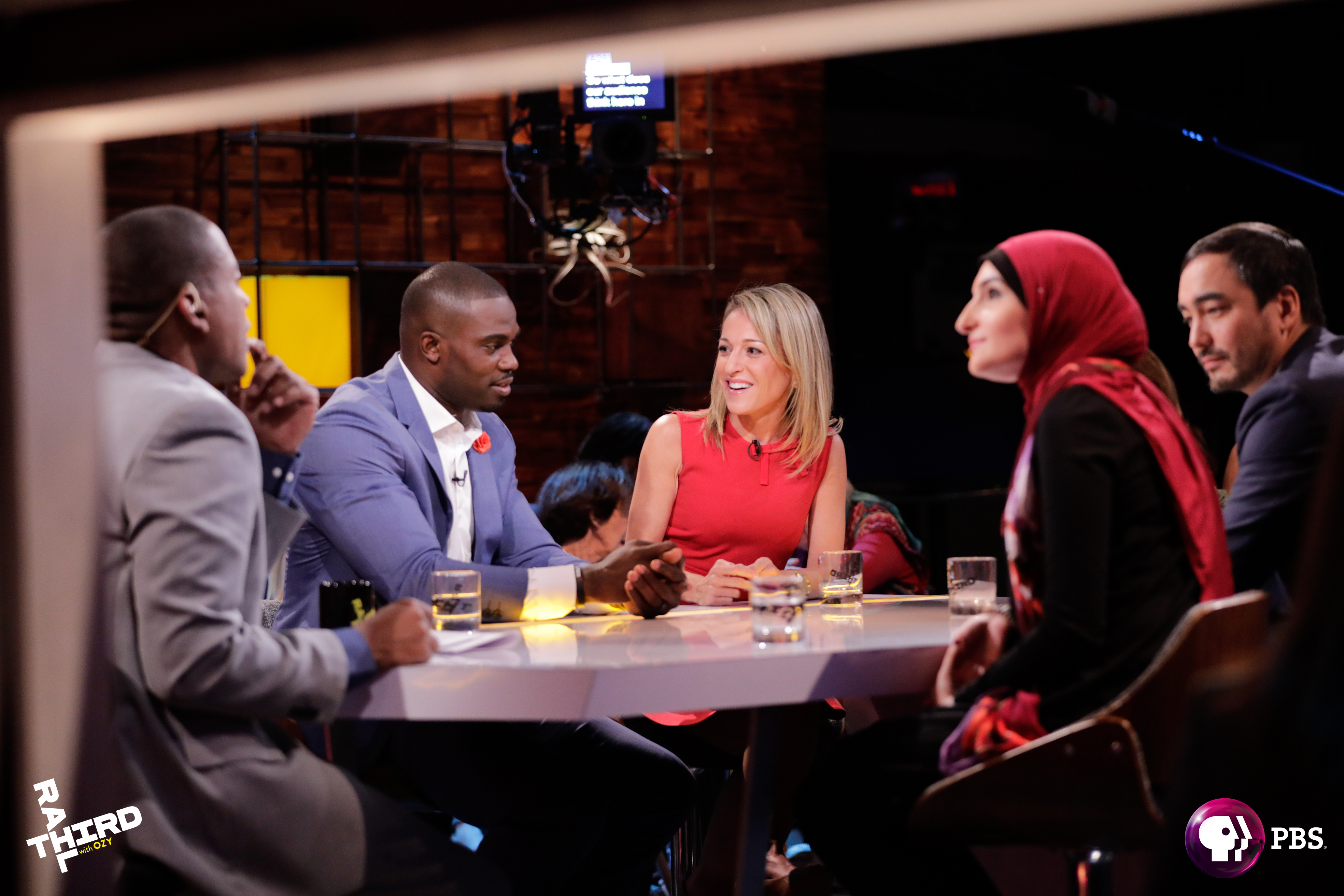