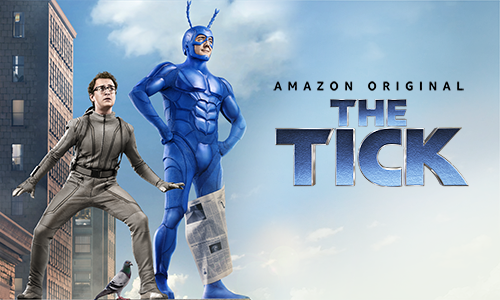 The Tick Meets his Citizens

Digital Media Management partnered with Amazon Prime Video to create a neat multi-platform campaign to scale awareness and generate buzz for the studio's biggest release of the year.

Involved with the show from the beginning, Digital Media Management developed an extensive social strategy filled with immersive and innovative content ideas for Prime Video's The Tick. The company's innovative, platform-specific concept development and community management activations across multiple social media platforms established The Tick as a different kind of hero early on with a fun, playful voice used across all channels including in community management.

Digital Media Management introduced potential audiences to the new world of The Tick and built anticipation for the streaming release through character-centric content ideas for Facebook, Instagram, Snapchat and Twitter. From the oblivious yet charming nature of The Tick, to his nerdy sidekick named Arthur, and electrifying villains such as Miss Lint, our team gave fans an opportunity to plunge into the hero's world. In order to keep content interesting in the lead up to the premier, holiday initiatives, engaging Snapchat filters and games, fan giveaways of highly coveted merch on all platforms, as well as custom Facebook Event pages comprised the robust campaign for Season 1A of the show. The team also quickly incorporated new platform capabilities including working with Amazon's team to build Instagram Story polls, Facebook Cover Videos, Facebook Image polls and more when they became available and the new uses quickly excited fans.

With content ideated and optimized specifically for each platform's capabilities, each content activation felt unique. Mimicking the show's unique voice, Digital Media Management incorporated the latest trends and memes, including the dating questionnaire and "couples costume idea" memes, and allowing the content to feel timely and organic.

Community management was an important aspect of the campaign and proved valuable for engaging existing fans and capturing new fans of The Tick. One way interaction was personalized was through the use of custom name reply graphics. The branded images were used in responses across multiple platforms and resulted in great excitement from fans. Our community management strategies were especially effective during opening weekend when fans were encouraged to tweet their initial show reactions and favorite moments. These responses allowed us to feature them in custom Twitter Moments.

The social campaign came to life at San Diego Comic-Con. The show's large-scale installation at the convention drew much attention and through Twitter, attendees were directed to The Relief HQ, the antithesis of a traditional outhouse. A state-of-the-art mobile restroom featured integrated features include the perfect selfie station, custom sound bites when you wash your hands, 40-inch waterproof television monitors. And because The Tick likes to reward good behavior, prizes were dispensed after each flush. SDCC also served as the launch for a unique retweet to remind response campaign. DMM worked closely with Amazon and Twitter to implement a reminder for the streaming date, users were able to tweet certain emojis to trigger a corresponding video response reflecting The Tick's mood with his moving antennae.

The overall social marketing campaign was praised by press and fans alike, with socials continuing to see a steady growth in followers past the show's initial release. An eager fan base comprised of existing and new Tick enthusiasts came together across the show's social platforms and in-person at San Diego Comic Con.

On premiere weekend, The Tick S1A generated over 102.1MM impressions and 11.1MM social actions (clicks, likes, comments, shares, retweets). We also increased our followers more than 300%, from the start of the campaign to the end of launch. 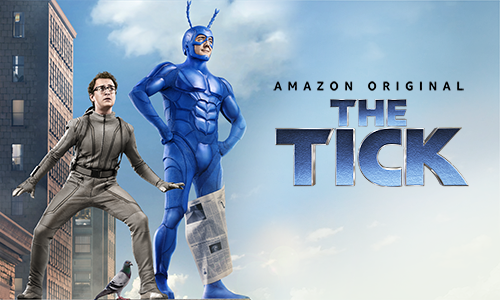