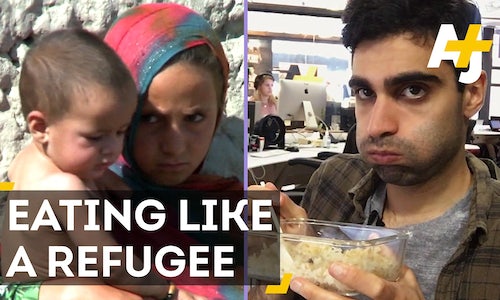 At AJ+, we cover the refugee crisis closely. But because of the vast amount of content vying for viewers' attention in their newsfeeds, we understand the need to find innovative ways to cover important stories that continue to shape our world. With this piece, we aimed to do just that: to cover the refugee crisis from a new angle that would keep the conversation going and raise awareness – all while working within the constraints of our in-office news team.

We'd heard about a campaign called the Ration Challenge, which has participants live off of meager refugee food rations for seven days in an attempt to raise money to feed refugees in different parts of the world. Our producer underwent the challenge and filmed every step of the process to offer viewers the tiniest glimpse into one facet of what refugees have to endure for weeks, months and, in some cases, years.

It's one thing to see pictures and video depicting the plight of refugees in a far-off location. It's another thing to visibly explore one small facet of their plight in granular, day-to-day detail.

To do that, our producer Yara made use of the most portable camera he had in his arsenal: his iPhone, which was used to film the majority of the piece. The phone camera allowed Yara to instantaneously document his reactions to the diet and the learnings he gleaned from interviewing sources along the way. On other occasions, he handed his fellow producers the phone to briefly capture a moment.

Through this weeklong self-documentation, the piece delivers an experiential kind of storytelling, one that doesn't tell the viewer something, but rather shows them by means of demonstration. Viewers watch Yara struggle with the diet himself – and, as the narrator, he speaks directly to them about how difficult it can be every step of the way.

Structurally, the piece starts with Yara inspecting the meager ingredients he has access to for the week, cooking them and showing in plain detail his typical breakfast, lunch and dinner for seven days. Along the way, he interviews others who have undertaken the Challenge, as well as a member of the NGO behind the Challenge who has worked with refugee populations in Syria and a nutritionist who explains the deficiencies in the food ration diet.

Throughout the piece, the viewer develops an intimate understanding of some of the difficulties of subsisting on refugee food rations alone, helping impart a tiny glimpse of what it could be like for refugees around the world who don't do this for just one week, but rather for many weeks, months and sometimes years.

The piece racked up over 4 million views and about 30,000 shares, which, although not record-breaking by any means, was surprising considering that the most poignant takeaway of the piece – the part that might inspire people to share or react to the video – doesn't come until the very end, about seven minutes in.

The positive reception to the piece really warmed our hearts, with a number of people in the comments section describing in detail the emotional impact the video had on them. And our producer's Facebook inbox was inundated with private messages from AJ+ viewers expressing their utter devastation at the plight faced by the refugees shown in the piece and asking what they could do to help.

Video for The Ration Challenge 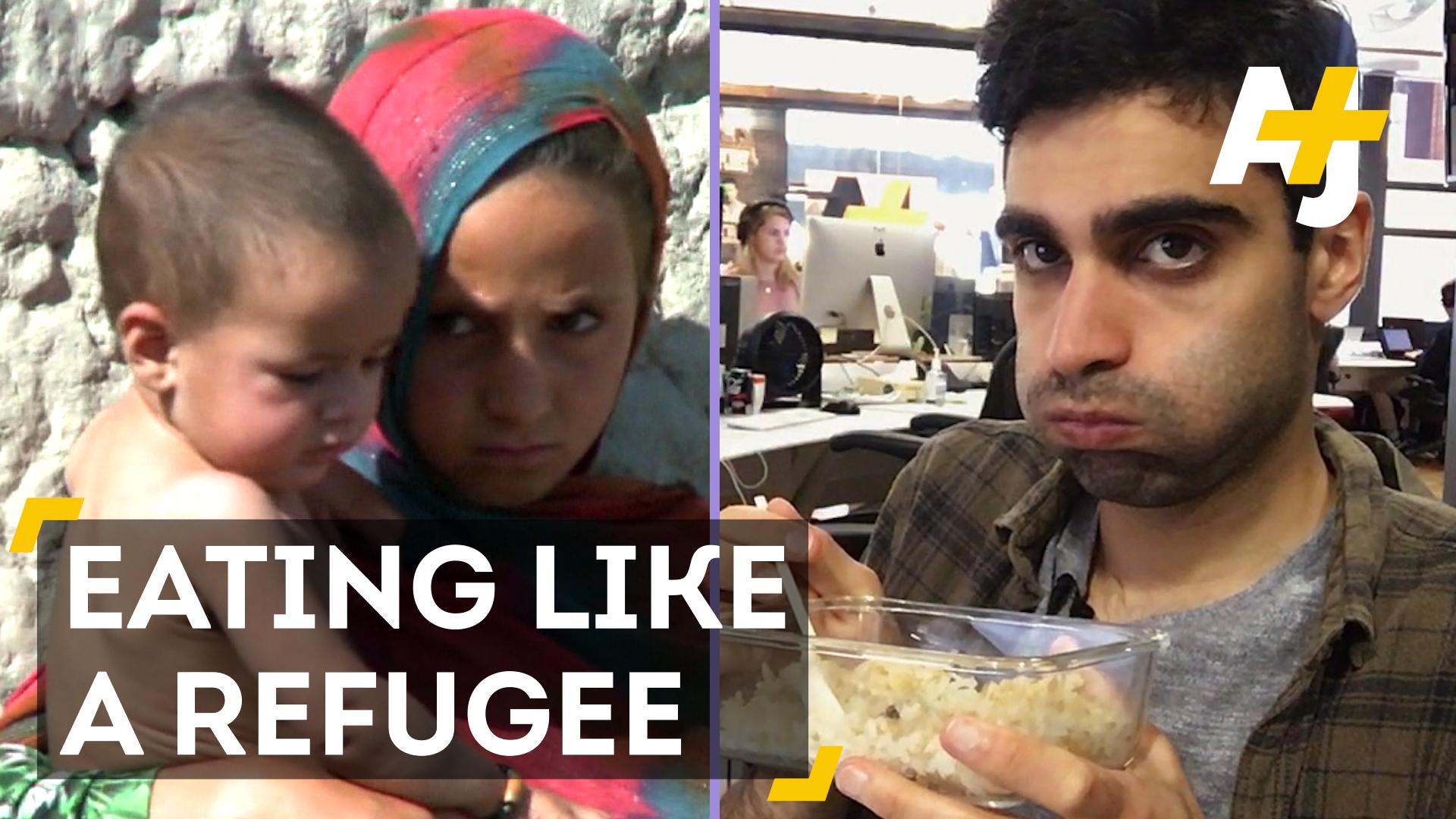