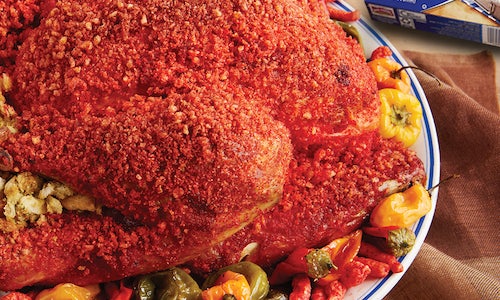 Oven bags, you may not be surprised to learn, are not exactly top of mind with Millennials. Despite cutting down on cooking time and making cleaning up easier, the bags simply don't register with these young home cooks. And in the rare cases when they do think about them, these thoughts are often accompanied by two misperceptions: The bags are made of plastic and will prevent the skin on a turkey from crisping.

As Thanksgiving, the biggest oven-bag occasion of the year, approached, Reynolds Kitchens was determined to change that.

Oven bags may not be cool, but they are a foolproof way to make a perfect turkey. And it's very easy to use them to add all sorts of coatings and seasonings.

So we decided to take advantage of that by creating a turkey with a flavor that was trending wildly with our Millennial targets: Flamin' Hot Cheetos. (Or, as we called them, "hot puffed cheese sticks.") These stomach-searing snacks are an internet sensation, having already been featured in viral recipes for bagels, pizzas and other items. So we used them to create a recipe for a "Flavor Blasted Turkey" that took the Internet by storm.

We shared the recipe, as well as step-by-step photos, with media, influencers and our social followers, and pandemonium ensued. "Tender? Juicy? Flamin' hot? YES" declared Buzzfeed, while Delish.com dubbed it "the insane dish you need this Thanksgiving." Bravo TV said it "easily wins" the holiday. "This recipe," noted Insider, "has the Internet flipping out."

The story was everywhere, registered more than 650 media placements and 810 million impressions in less than 48 hours. National outlets like Buzzfeed and Bustle trumpeted the news alongside more than 50 local broadcasts stations. Every single hit contained references or visuals to Reynolds Kitchens Oven Bags and Reynolds Wrap.

And that reach led to action. Visits to the Reynolds Kitchens' website soared 300%. And, most importantly, household penetration of those anonymous oven bags rose 18% over the year-earlier period.

Video for The Flavor-Blasted Turkey 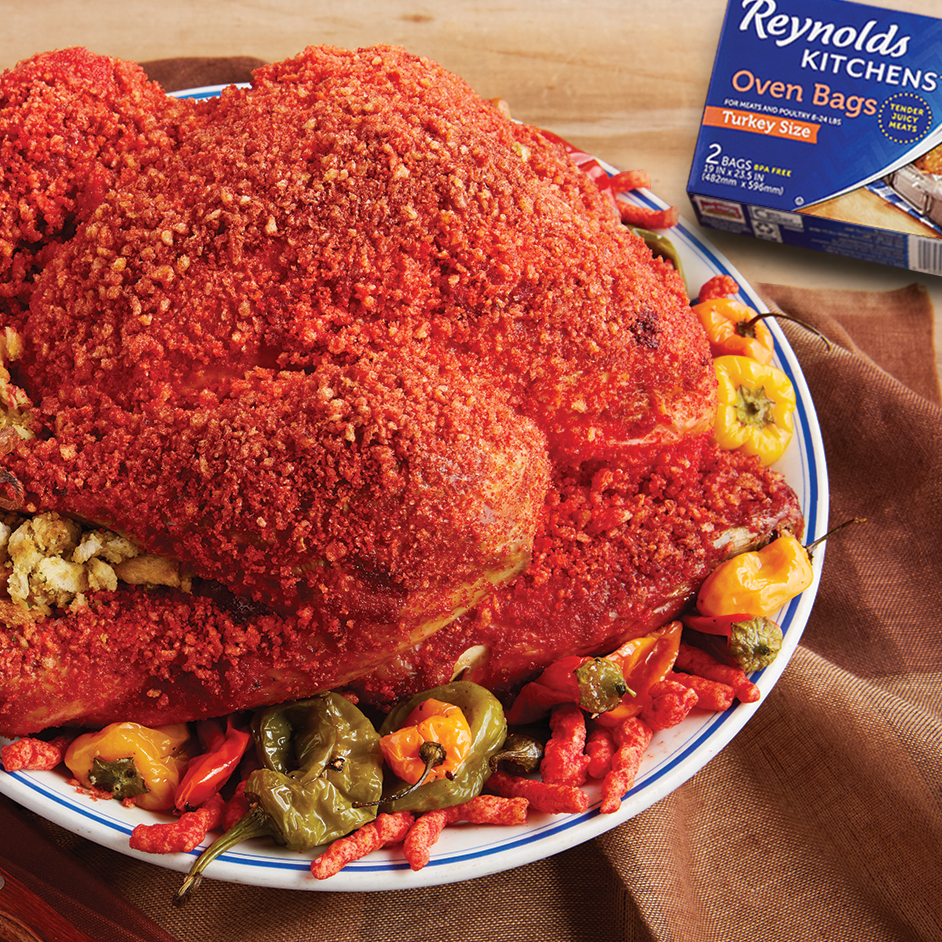