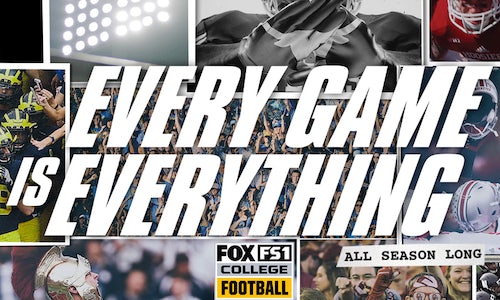 Our campaign objectives were to:

1. Retain and expand the FOX Sports viewer base by driving engagement and viewership to increase our ratings SOV with College Football while celebrating the addition of the Big Ten conference within our lineup.

2. Establish FOX and FS1 as a major destination for premium College Football content.

2017 marked the first College Football season that FOX Sports would air the Big Ten Conference in addition to the PAC 12 and Big 12. In order to amplify the occasion, FOX Sports and its AOR, 360i, developed a robust paid media campaign with significant weight supporting the effort across digital and social media.

Our campaign rolled out in 2 phases:

Phase 1: Awareness - We made a dedicated effort to educate CFB viewers that the Big Ten was now on FOX and FOX and FS1 were major destinations for premium CFB match ups.

Phase 2: In-season - We identified key match ups that would showcase the best college football games throughout the season, elevate viewership for each game, and demonstrate FOX's credibility in the space.

Our strategy used a data-driven and very targeted approach across OLV, programmatic, high-impact placements, social and digital, as well as via custom content partnerships to capture the attention of our audience.

We targeted our creative to audiences that included college football fans, Big Ten fans and persuadable "big game" TV viewers. When targeting fans of Big Ten schools, we customized each of our 14 school-specific on-air spots to the digital space - creating excitement with the individual schools intro "sting" to grab the attention of that social user, and stop them in their feed to engage.

We leveraged platforms & partners that allowed for maximum creativity, increased engagement and capturing the most qualified audience to convert to tune-in.

The campaign garnered over 156 MM impressions across both phases.

By targeting CFB fans, Big Ten fans and the persuadable CFB fan, we drove tune-in intent and boosted awareness of CFB on FOX.

Using a specific video ad network partner, we were able to measure that those who were exposed to our ads online tuned-in at a significantly higher rate than those that didn't. We were also able to optimize the frequency of these ads to drive down the cost per incremental viewer and proved our overall digital marketing effectiveness.

Our content partnership with USA Today drove over 209% impression delivery via our weekly custom video executions and key matchup high-impact units throughout the season .

Social drove an engagement rate that was above industry average, and a high video completion rate Facebook was on par with industry and Twitter outperformed industry benchmarks.

All said and done, College Football on FOX with the addition of the Big Ten Conference was the most watched college football season FOX Sports has ever seen - up 23% in average viewership YoY. And, FOX was also the only network that was up YoY in the CFB segment. 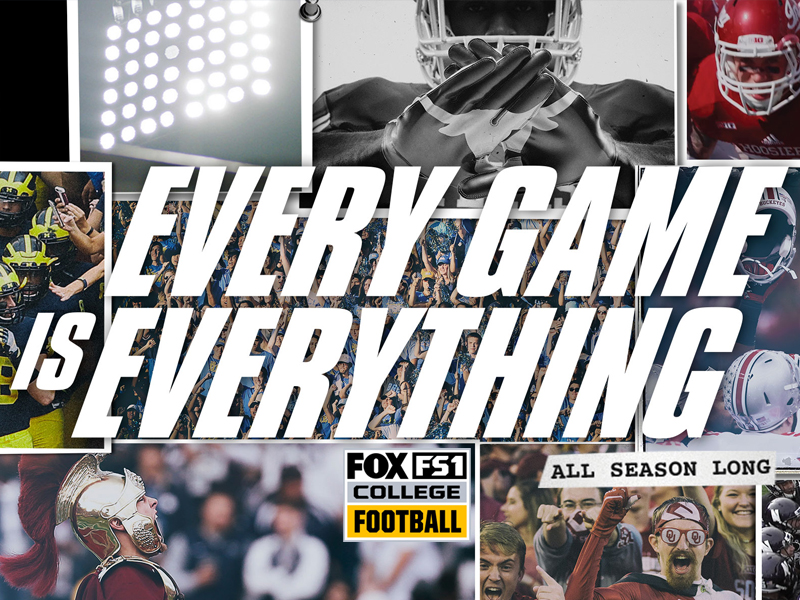