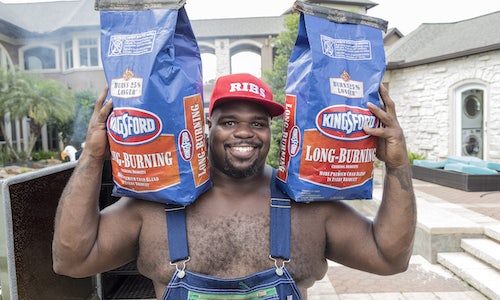 Kingsford enjoys a solid base of loyal users, especially for its cornerstone product – Original Blue Bag. But igniting interest in new products has proven difficult. Motivating people to tackle bigger cuts of meat is another challenge, as most are hesitant to move beyond their burgers and brats comfort zone.

Knowing that longer burning time is the most important charcoal feature, Kingsford developed Long-Burning Briquets to burn 25% longer. This innovation is perfect for slow smoking large cuts of meat, without the hassle of refilling the coals. Long-Burning helps novice grillers step up their game, and gives barbecue vets a way to lighten their load. Current was charged with generating excitement for Kingsford's new Long-Burning product during their peak selling season, while providing barbecue fans with the confidence and tools to trade-up.

Our idea was to leverage American pride in our national symbols. We have a national bird, a tree, a march. Yet in our food obsessed culture, we lack a national dish.

So we created the "Stand With Ribs" campaign and enlisted NFL star and barbecue lover Vince Wilfork to bring Americans together to honor barbecued ribs, one of the most celebrated foods in American history. With his gregarious personality, Wilfork helped us make slow smoking ribs look easy and fun, inspiring barbecue fans to step up their game. By focusing our campaign and content on a single food with broad appeal, we were able to easily communicate the benefits of Long-Burning Briquets.

Patriotism is an important part of American culture and many of Kingsford's core consumers live in middle America, where pride runs red, white and blue. A 2017 study demonstrates the strength of patriotism in red states, however, despite our national pride, a 2016 Gallup poll found a record high 77% of Americans perceived the nation as divided. The bottom line – while Americans may feel divided, we remain passionate about our country and its symbols.

When it comes to celebrating American symbols, research showed there was no official national dish. Google "America's national food" and you'll find 6.8 million results debating the subject. Zeroing in on foods perfect for cooking with our new Long-Burning product, we decided barbecued ribs, with their fanatical pride across our country, deserved being named our official national food.

Identifying the right spokesperson for our Stand With Ribs rallying cry was critical. We wanted an authentic barbecue lover who was broadly respected and relatable to our target. This brought us to Vince Wilfork after we discovered a humorous video his wife posted of him dancing while grilling ribs.

Our strategy was to rally grilling enthusiasts and sports fans to join Kingsford in declaring barbecued ribs as America's national food. To give people an easy way to participate, Kingsford filed a #StandWithRibs petition on We the People, a website that allows citizens to petition the government for change.

Current worked closely with Wilfork to ensure our campaign content was larger than life. Entitled "All the Rib Moves," a nod to his signature dance moves, we opened with a ceremonial pregame cumin toss followed by Wilfork dancing his way through various rib preparations while encouraging people to #StandWithRibs.

Wilfork's team let us in on a secret that he planned to retire in August, just as our campaign would wind down. Athletes' creative retirement announcements command big news these days, so we jumped at the opportunity to generate even more noise about Kingsford Long-Burning Briquets.

The retirement announcement video we created with Wilfork took a sentimental tone by reflecting on his decade long NFL career and previewed his next adventure: "I'm hanging up my cleats, and moving on to smoked meats." The video ends with Wilfork walking off into the sunset, saying he'll be back for a farewell tailgate at his beloved New England Patriot's Foxboro Stadium. To announce his news, Wilfork posted his Kingsford #sponsored video to his social channels with "Well y'all – it's been a great run, but the time has come. With that, Kingsford made history by creating the first-ever brand sponsored retirement announcement, and sports fans nationwide joined Wilfork for some ribs to kick-off tailgate season.

Kingsford saw a 20% sales increase, and the brand's performance product line, including Long-Burning Briquets, achieved 10% higher sales than other products and a 10.5% lift over 2016. PR was credited with driving sales thanks to strong impression and engagement results:

Video for Stand With Ribs 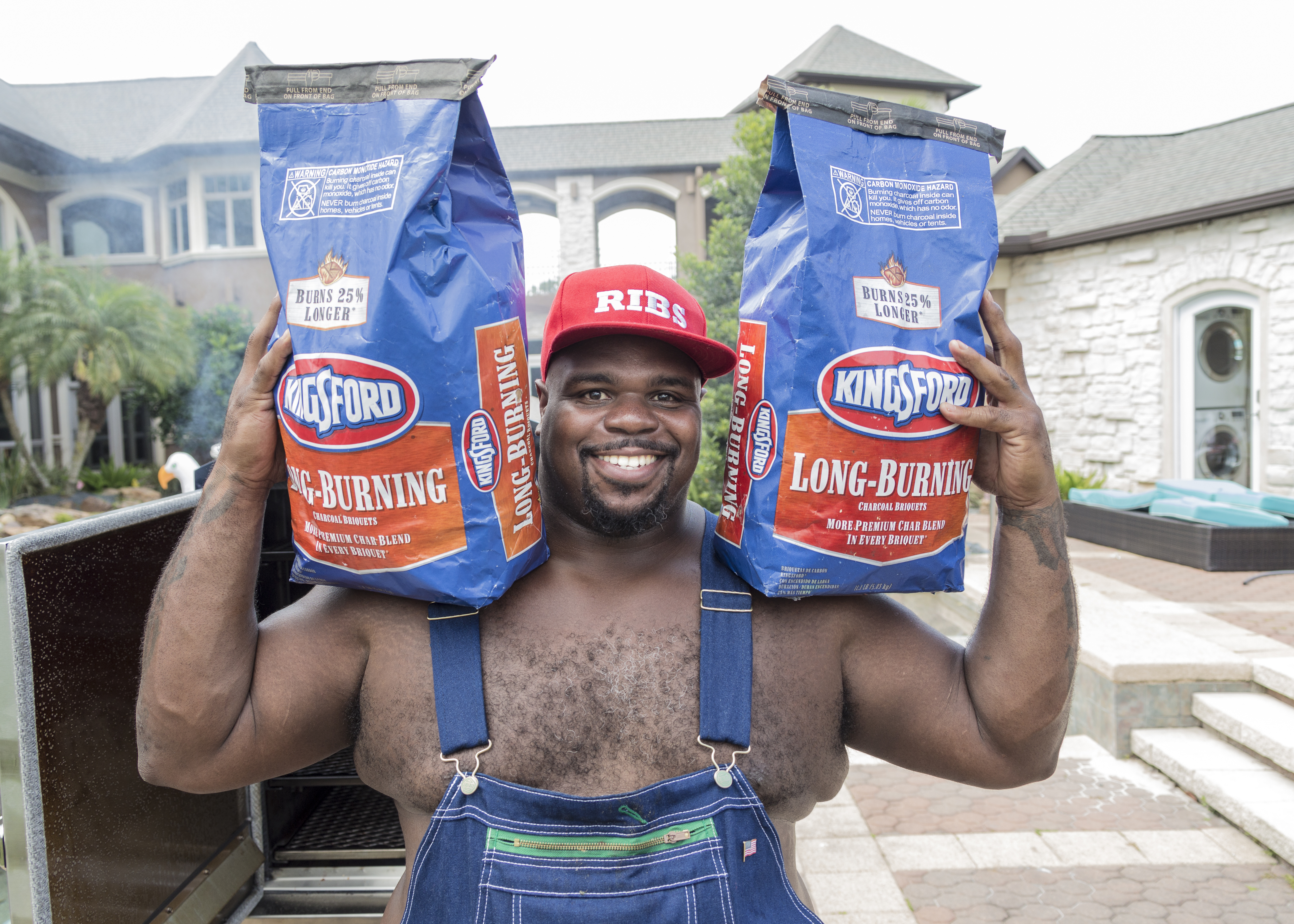 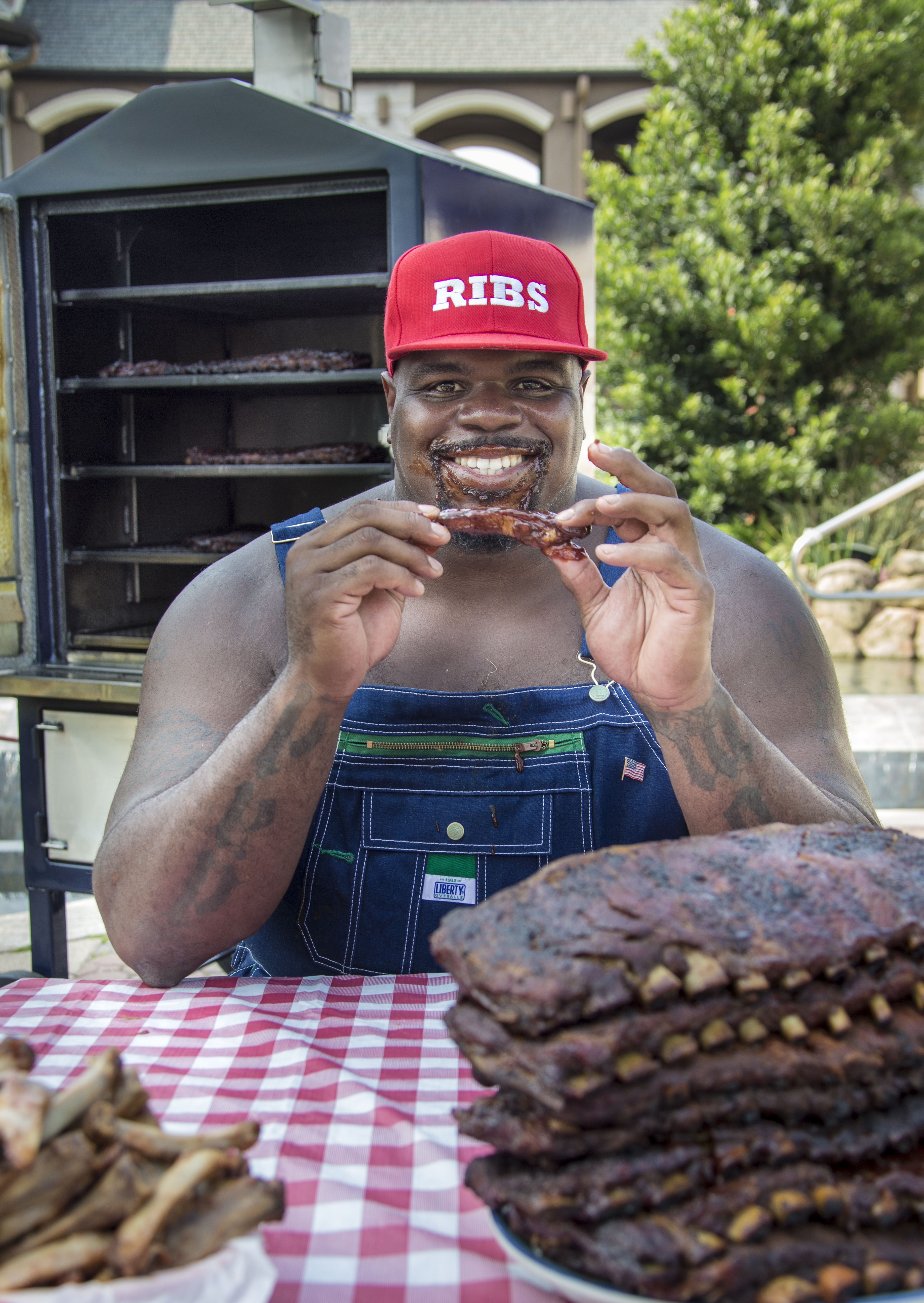