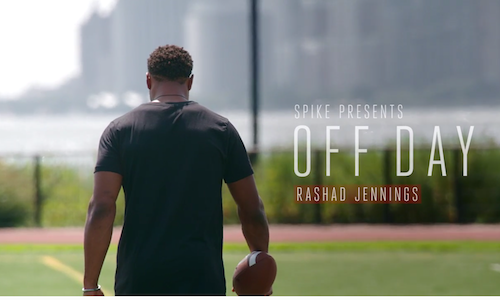 Spike's series "Off Day" gives viewers a rare glimpse into the interesting and ambitious lives celebrities lead when they're not in the public eye. In these vérité-style documentaries, we capture what athletes, artists, chefs, and other notable people are passionate about doing when they're free to do what they want – on their "Off Day." The goal is to emphasize that, yes, celebrities are known for acting or excelling at a sport or their field, but they're also complicated individuals with other aspirations. When they're not in front of the bright lights, that doesn't mean they stop doing important things, nor does it mean they just sit idly. One of the best embodiments of this idea is former New York Giants running back and Dancing with the Stars winner, Rashad Jennings. Our goal for this episode was to highlight Rashad's many talents and show the world that, in his words, he's more than a name on the back of a jersey.

learning a new skill – from making sushi to learning a new language to, yes, dancing. And he also maintains his physique, all the while staying in tip-top football shape with intense workout sessions. But Rashad actually has more time in a day than we had time to film him, so we decided to home in on just a few of his activities to give viewers an overview of a day in the life of Rashad Jennings.

We started by showing fans a graphic calendar that emulates a typical day for Rashad, full of activities and practices. We then moved to a track near Rashad's house, where he goes through some training and drills that help his game – he's currently unsigned but hopeful that he'll be picked up by a team before the season's end. The episode then proceeded to take us through Rashad's myriad activities, watching him practice and hone the dancing skills that won him Dancing with the Stars last season, learning about how he picked up fencing with the help of an Olympic professional, listening to him play through some guitar chords, even showing a montage of activities while Rashad literally waxes poetic – because, naturally, he's also a poet. The entire episode illustrated for our viewers how Rashad is on a never-ending quest to try everything.

Rashad also beautifully embodies Spike's overall brand, which holds in high regard those who are driven to succeed and who don't sit idly but instead live for adventure. For Rashad, it's not so much an "off day" as it is a day to learn new things and become a more improved version of himself. He even admits as much himself, saying that he treats life like one big day and trying to pack in as much as he can. The resulting episode humanizes this larger-than-life individual and shines a light on Rashad the person

We shared Rashad's "Off Day" episode on the Spike YouTube and Facebook pages, as well as a cut-down version on Instagram, where fans greeted his work ethic and positive attitude warmly. Rashad also loved the episode so much that he pushed it out on his own Instagram handle, where it garnered more than 30k views and countless comments from his adoring fans. But the overall result was that Spike allowed fans to see Rashad as though he were an old friend. And by the end of it all, Rashad is definitely perceived as more than just a name on the back of a jersey. 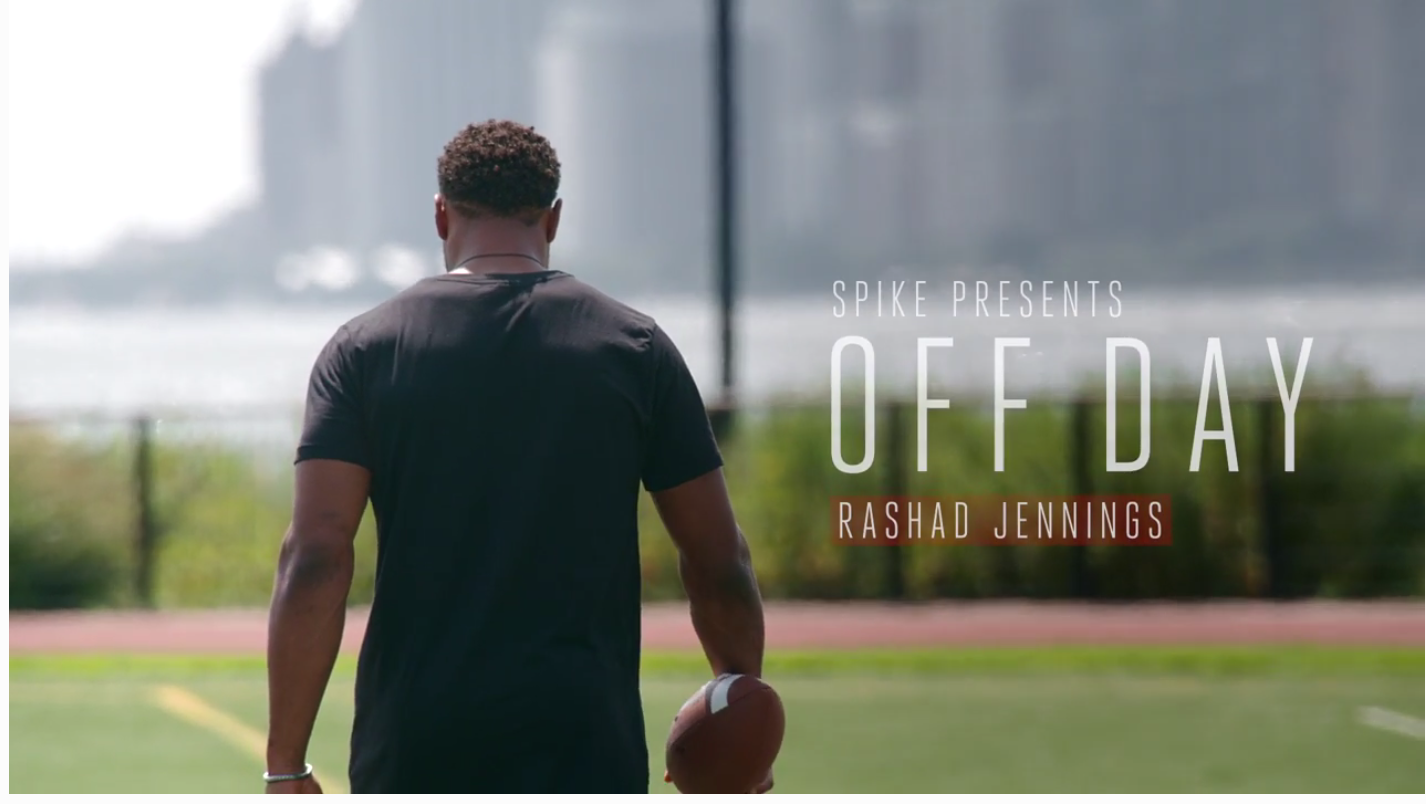