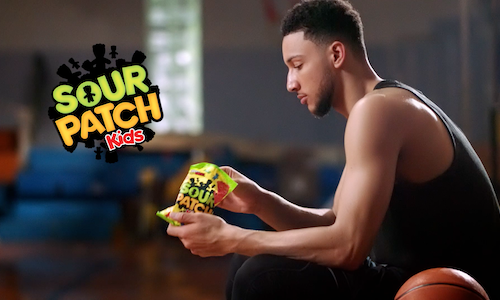 The SOUR PATCH KIDS brand tasked WHOSAY, in collaboration with Story Lab, to ideate a branded content campaign that delivered awareness at scale (A18-34). But unlike other branded content campaigns, where influencers endorse anything and everything for a paycheck, the SOUR PATCH KIDS brand only had appetite for authenticity. Most influencer and content agencies first find influencers who want a gig…then check if they're 'comfortable' endorsing the given brand. WHOSAY aims to secure influencers who have an existing affinity for the brand (validated by signing a "statement of authenticity")…then builds creative that's tailored to the influencers' real life storylines AND given brand's DNA.

Our Talent team identified rising basketball star Ben Simmons, just featured in a trending Showtime documentary. The program spotlighted Ben's journey from high school to #1 in 2016's NBA draft – during which he was shown snacking on SOUR PATCH KIDS candy between games. His love for the candy was real. Seizing this unique, organic opportunity and capitalizing on our media flight's alignment with the 2017-18 basketball season (one of our millennial target's greatest passions), we were fully equipped to build a custom campaign strategy around our star Talent.

Strategizing creative with authenticity at its core, we challenged ourselves to expand upon Ben's real-life Showtime moment with his favorite candy – adding a new dimension of fantasy and humor, while also giving the SOUR PATCH KIDS characters a voice of their own. To execute this vision, we tapped a VFX team to open the gates to two-way conversation between the athlete and the fictional, animated "Kids," granting them equal weight and screen time. Additionally, we highlighted the dual personalities of the SOUR PATCH KIDS characters (disruptive, yet charming / "SOUR THEN SWEET") to reinforce brand messaging and personify them as lovable, familiar characters.

We opened creative with Ben practicing his free-throws before his first official NBA season – delighting fans with a sneak peek of what's to come. Instead of landing his shots, we see his basketballs mysteriously ricochet back at him. When Ben takes a closer look, he sees that a gang of mischievous SOUR PATCH KIDS characters are sitting on the rim swatting balls out of the net. Here, we see their "sour" side. To reach the pivotal "sweet" moment and payoff, we cut wide to reveal that the Kids are hitting the balls to spell out "I <3 Ben." By illustrating the product's well-known "SOUR THEN SWEET" attribute in a new and humorous way, we reminded viewers of the pleasurable, tantalizing taste of SOUR PATCH KIDS candy.

With the commencement of the NBA season upon us, we slated Ben to launch the campaign's creative across all social handles (Facebook, Instagram, and Twitter). Creative was then cut into multiple aspect ratios, including vertical 4:5 and 9:16 cuts, designed for best performance on mobile where our target now prefers to consume video. WHOSAY then dark posted these assets, along with subtitled versions, to also run from Ben's social handles – widening our reach to a broader audience outside of his organic followers. Finally, we leveraged our proprietary data (300MM+ IPs) to target the most inclined viewers and potential SOUR PATCH KIDS candy shoppers – optimizing against each unique segment of our broader millennial target in real time.

On the whole, the campaign was extremely well received by fans, with more than 75% of comments being positive, higher than what we normally see in sentiment analysis across the CPG category. Fans expressed admiration for Ben ("just became my favorite player in the league with this sponsor"), the content ("funny & effective, dope commercial"), and the brand itself ("best candy in the business!"). This overwhelmingly positive response from both Ben Simmons and NBA fans validated our strategic approach to creating authentic branded content.

Video for Slam Dunk with the Sour Patch Kids 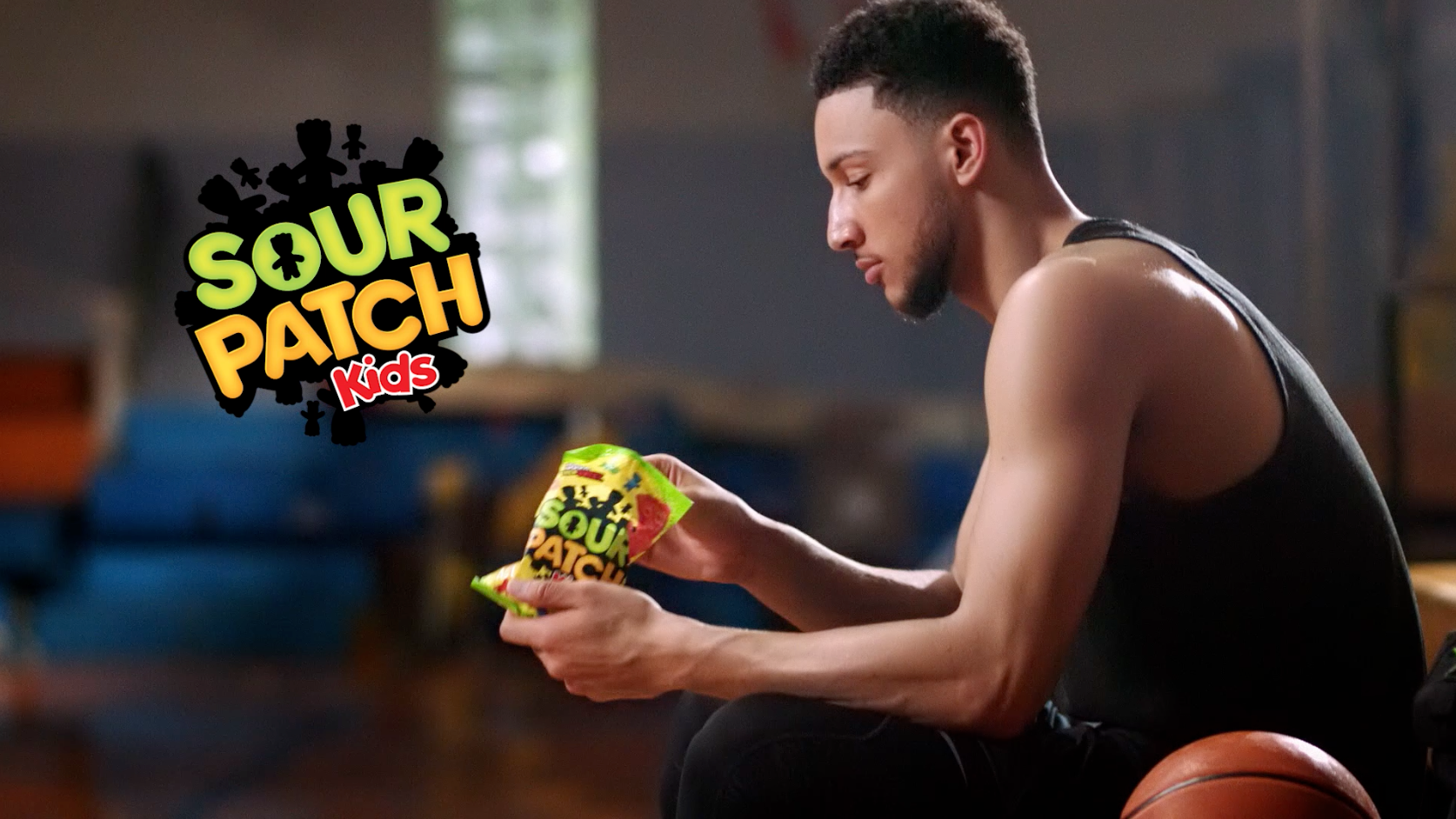