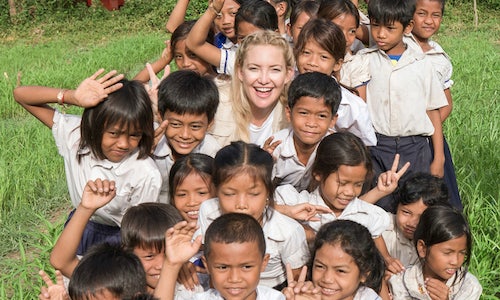 Now in its 5th year, Michael Kors' "Watch Hunger Stop" campaign aims to raise awareness and funds to help achieve a world with zero hunger. Our partner in this effort is the United Nations World Food Programme (WFP), and funds go to support WFP's school meals program. The campaign runs through the month of October, and commemorates World Food Day on October 16th.

Actress, author, entrepreneur and humanitarian Kate Hudson partnered with Michael Kors for the third year and traveled to Cambodia for a site-visit with the WFP to see how funds raised through Watch Hunger Stop help feed children, support families in need and hand-deliver meals to communities. Also featured throughout the campaign was the work of British artist Clym Evernden, who partnered with Michael Kors to bring his talents to the campaign and its many marketing touchpoints.

The strategies behind Watch Hunger Stop included multiple, highly interactive ways for customers to get involved, regardless of their location and consumption behaviors.

Artist Clym Evernden (@clymdraws), known for his digital-first approach to illustration, partnered with the brand to integrate his unique techniques into the campaign logo, campaign content and t-shirt design, allowing his art to be fully integrated across the campaign's tactics. The brand anniversaried hosting the campaign on a dedicated microsite (www.WatchHungerStop.com), featuring campaign and site-visit content, exclusive products, information about the cause and a hub highlighting User-Generated Content (UGC).

To generate buzz and awareness, all Michael Kors' social media platforms were aligned to the Watch Hunger Stop intiative in October. Campaign content included a three-minute film and photo assets from Kate Hudson's visit to Cambodia, and was highlighted across all global social channels, including YouTube, Instagram, Instagram Stories, Facebook, Twitter, Weibo, WeChat, LINE and Kakao.

Each year, Michael Kors produces exclusive Watch Hunger Stop items sold at select stores worldwide and online at MichaelKors.com; this year's product included a special-edition Sofie Smartwatch and Lon aviator sunglasses. For each item purchased, the brand donated 100 meals to the WFP. Also, at select stores globally, customers had an opportunity to make a point-of-sale (POS) donation to the WFP by adding $5, $15 or $25 to their purchase.

Another way for store-goers to get involved was with the Watch Hunger Stop Snapchat Geofilter. During the month of October, for those who visited any Michael Kors store in the US, Canada or the UK and applied the philanthropic filter to their snap, the brand donated 25 meals.

The brand continued to support the "Wear it and Share It" initiative, encouraging cutomers to pick up a free t-shirt, designed by Clym Evernden, at select stores and post their "selfless selfie" with the hashtag #WatchHungerStop. Celebrities, influencers and customers around the globe took note, and for each featured post the brand donated 50 meals to the WFP. In result, these "do-good", authentic social posts were featured on MichaelKors.com in a UGC hub and on select Michael Kors' social channels.

To support WFP's "ShareTheMeal" app, Micheal Kors skinned the app with campaign content and allowed fans to donate meals with just one click. Donations were also accepted through the campaign microsite, WatchHungerStop.com.

On World Food Day (10/16), Clym Evernden's art took over the interior of 520 Broadway, one of the brand's largest NYC stores, as part of a retail activation.Additionally, Clym live-painted the storefront windows for 2 hours, drawing a special mural highlighting the Watch Hunger Stop campaign, elements of New York City and "jet-set" elements that are part of the brand's DNA. That night, Michael Kors partnered with the God's Love We Deliver (GLWD) organization, for which Michael has been a member of for 20+ years, for the Golden Heart Awards, a gala that raises money for GLWD and alleviating hunger and malnutrition. Those who attended included Michael Kors, Kate Hudson, Gwyneth Paltrow and more.

Working towards a goal of donating 20 million meals, Michael Kors continued to pave the way to zero hunger and donated one million meals this year across all campaign elements. Specificially through social, the campaign generated 128 million impressions, up 43% compared to last year, and 15 million video views, a 1,591% increase compared to 2016. Through the Snapchat Geofitler and Selfless Selfie programs, the brand donated 582,150 meals to the WFP, 58% of the total meals donated. The Watch Hunger Stop initiative is an integral part of the designer and brand's mission, and to date the brand has raised awareness for hunger by raising over 17 million meals to date. 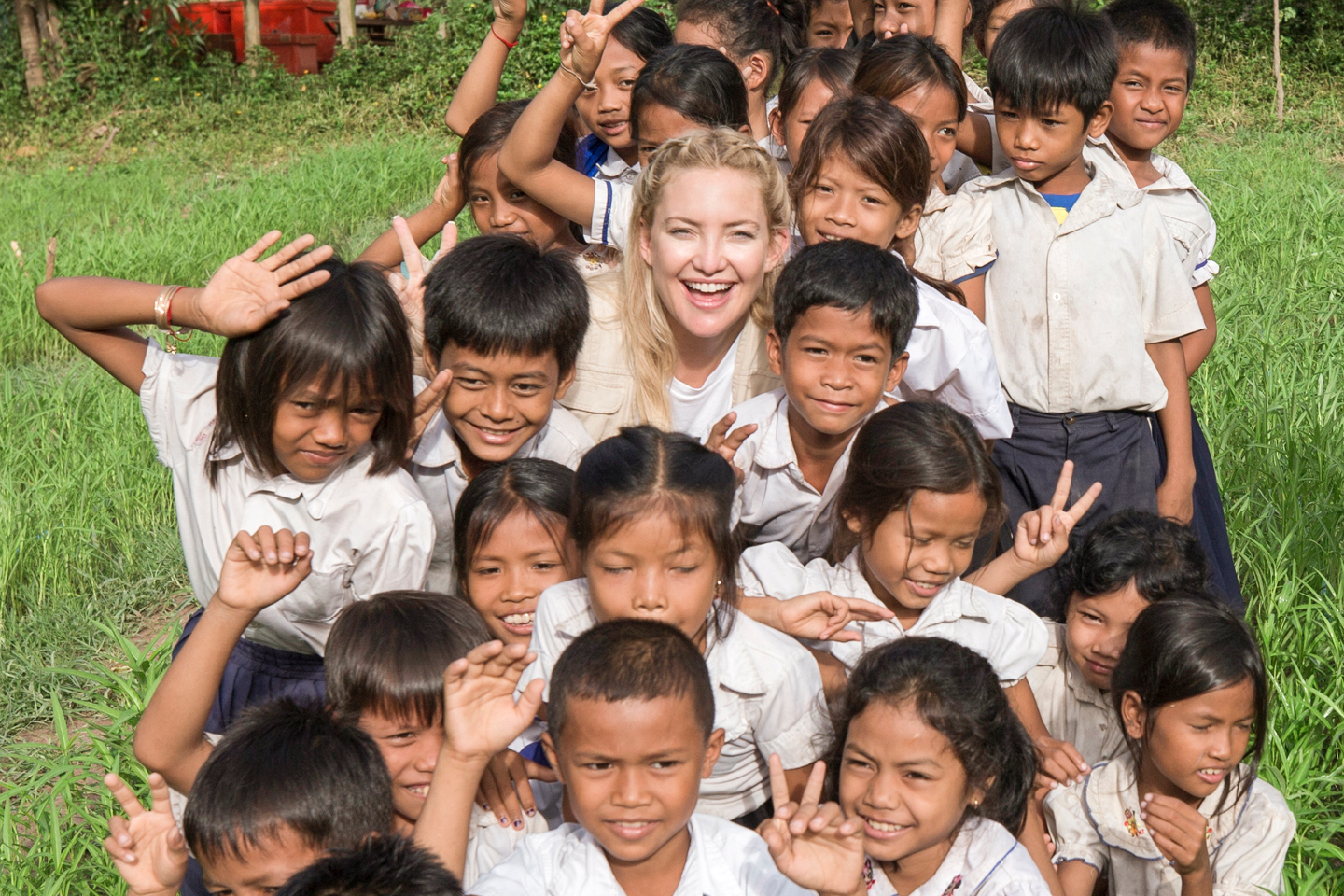 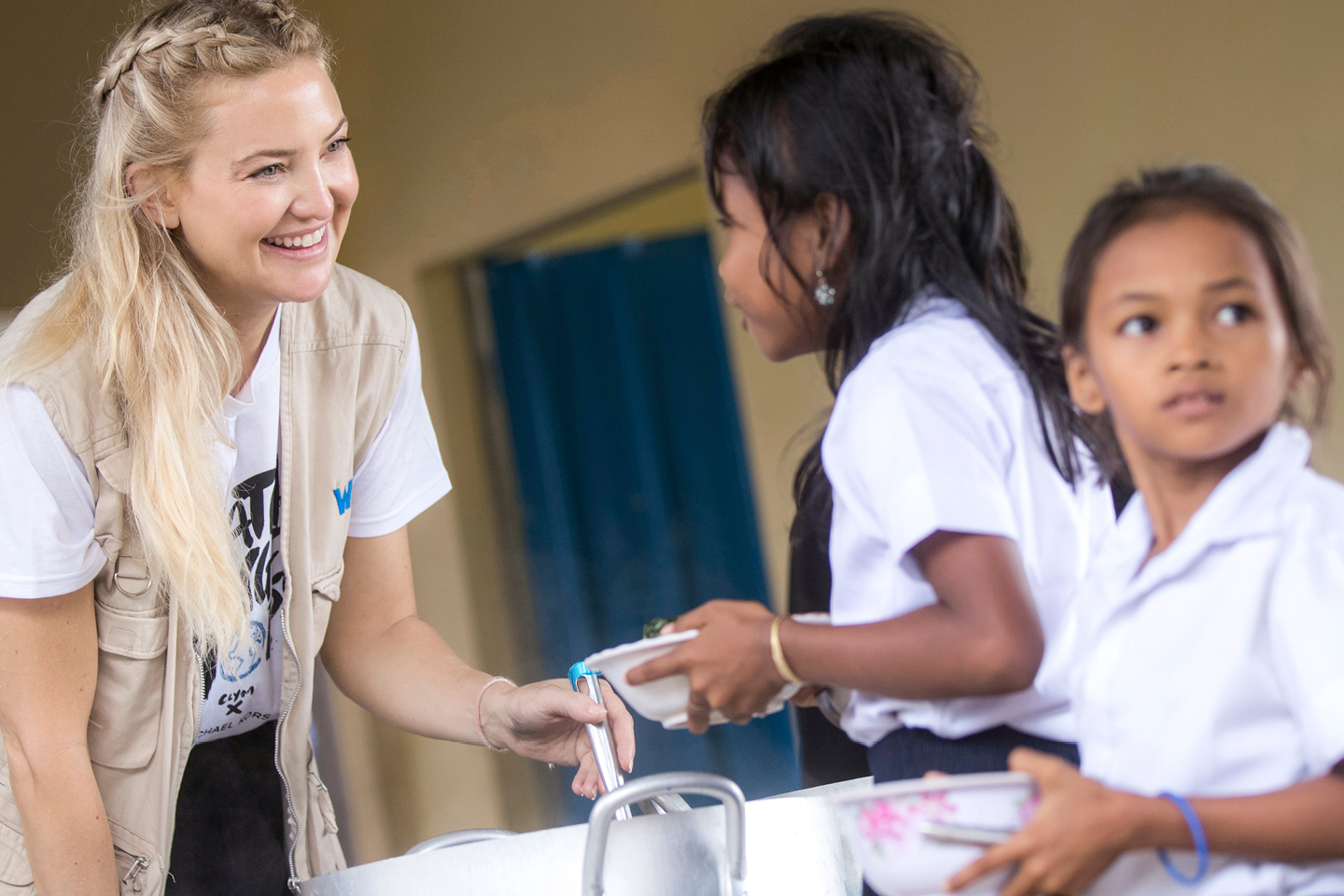 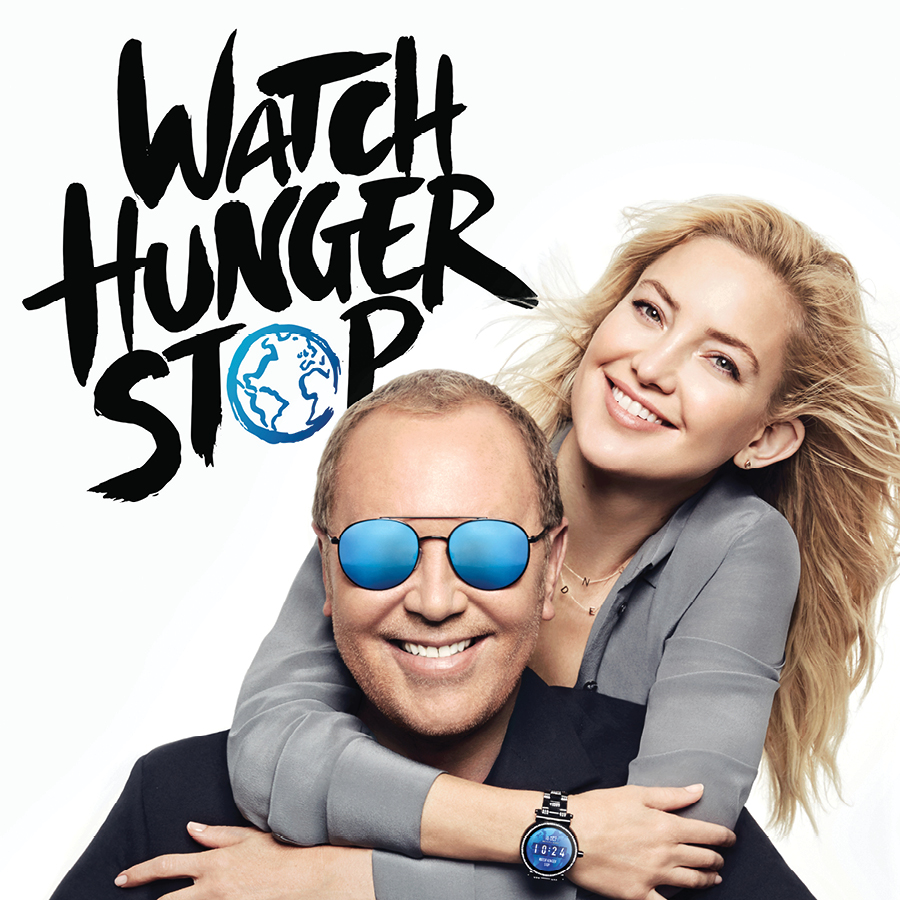