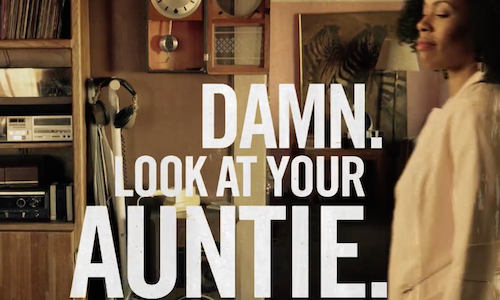 When the game is rigged, rewrite the rules. To launch the first season of FX's period drama Snowfall, there were a lot of elements at our disposal that we felt needed to be featured: the vision of the legendary John Singleton, a young upcoming cast, the sunny LA scenery and, of course, a dramatic drug narrative. It was important that the campaign hit a nostalgic tone while also exposing fans to the gritty world behind the rise of crack cocaine.

To accomplish this, we produced two separate content series to capture the sights and sounds of 1980's South Central. At a custom green screen shoot, our young and enthusiastic cast walked on treadmills and posed in character. Custom b-roll and footage from the episodes were added in post and treated with bright, neon aesthetics to match the main key art. To introduce our players further and to show just how dark the show could be, we added engaging graphics with quotes from each player. The result was 2 custom series of highly stylized videos, introducing fans not only to our up and coming cast, but to their characters. The bright colors and engaging visuals made it so that fans were introduced to the members of Snowfall, not just in their element, but owning it.

With a total of 13 individual pieces, the series set the pages on fire. The videos got a total of 547,600 views on Facebook alone, and top performers were included in our paid media campaign to entice new fans to like the social pages. Several cast members shared to their personal pages to help promote the series premiere. Needless to say, the series left fans with the ultimate high. 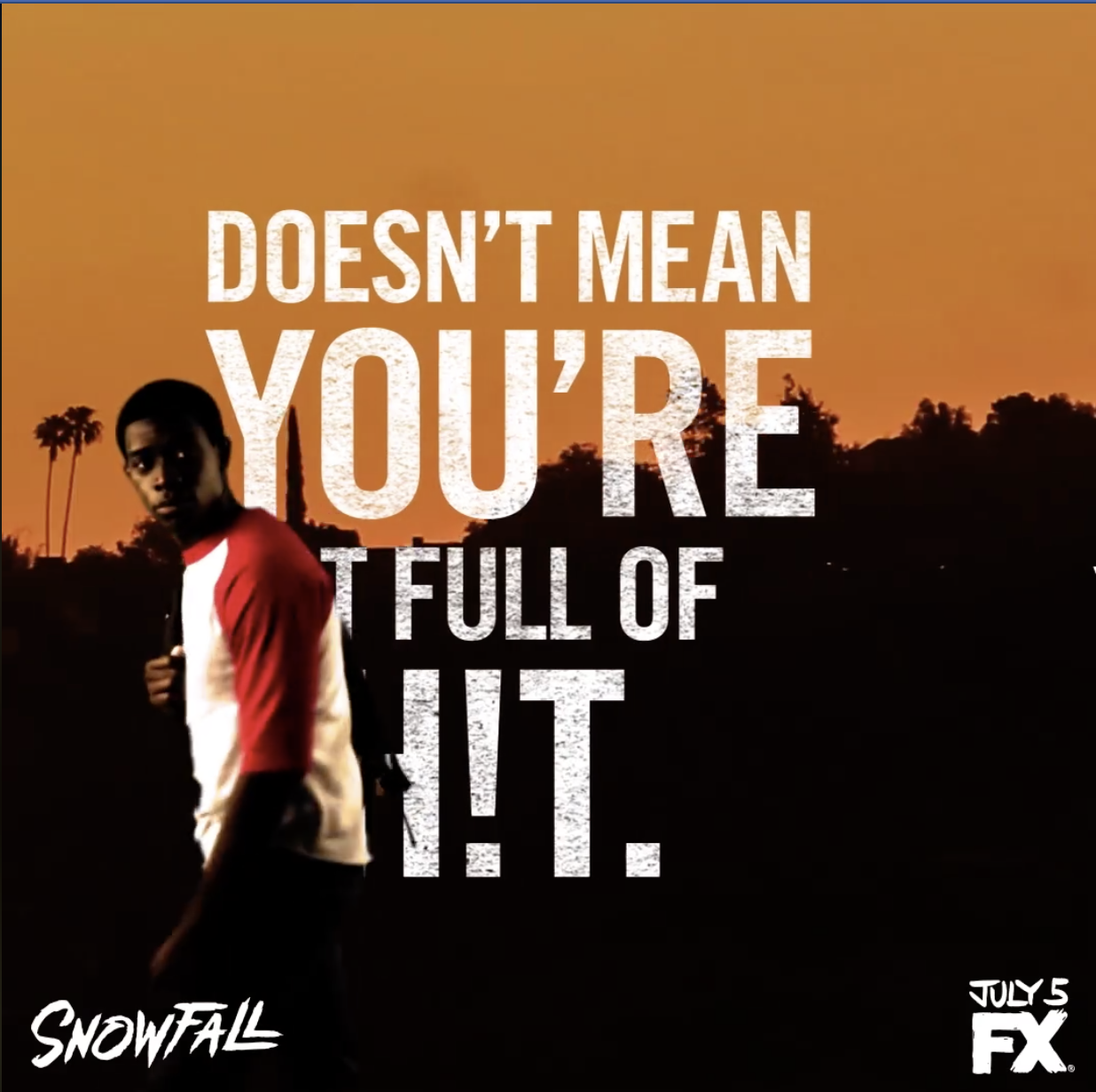 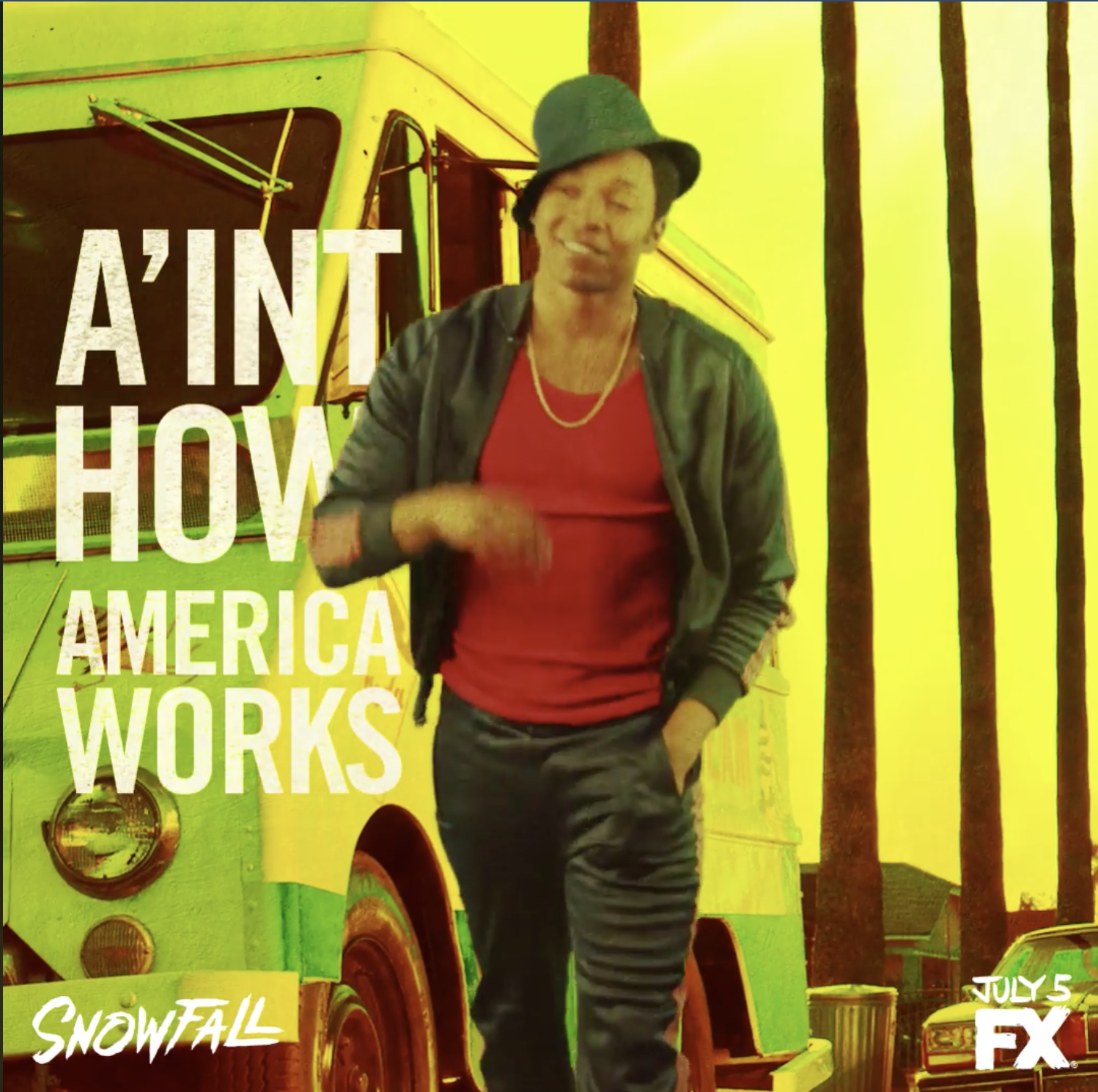 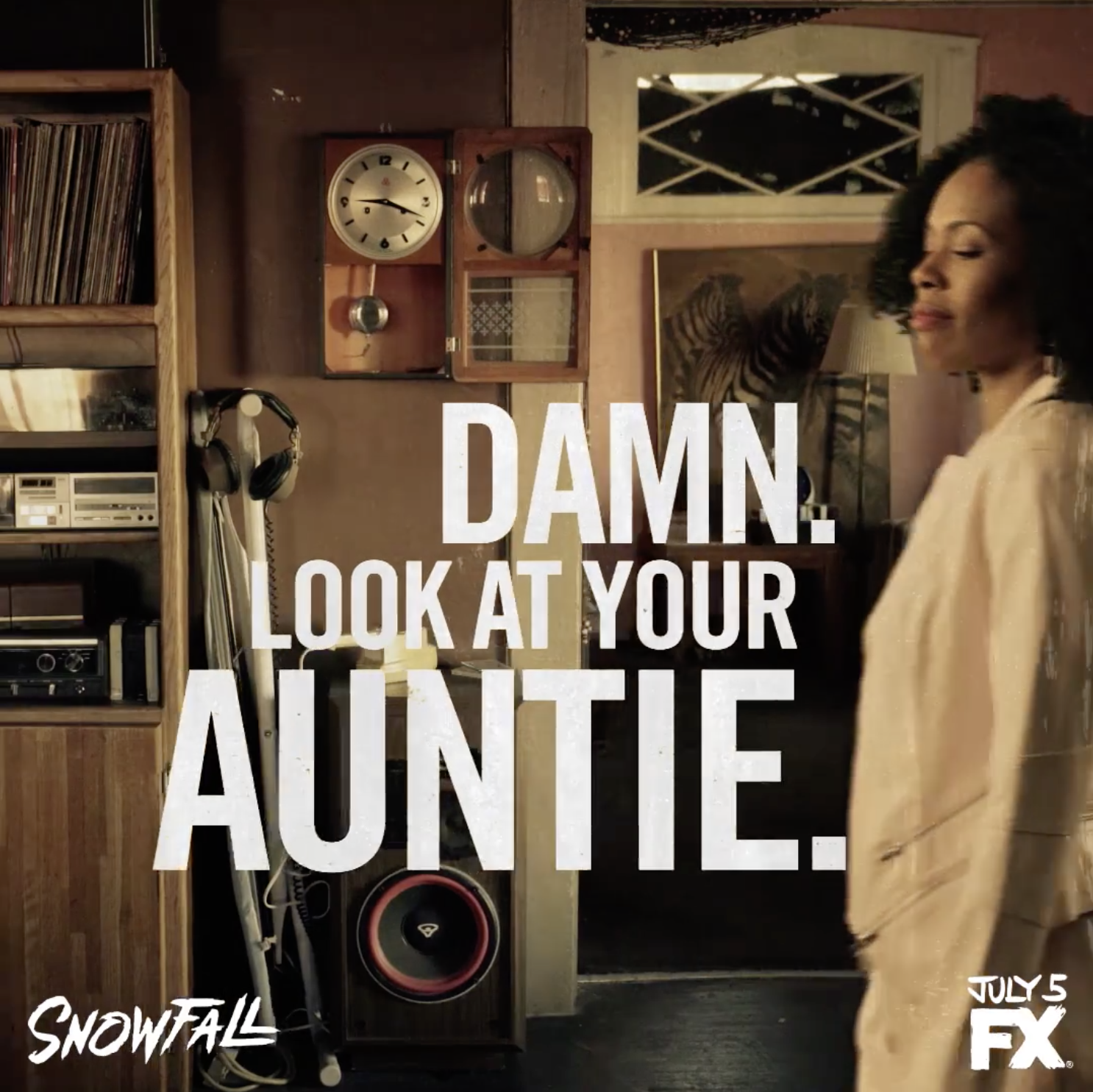 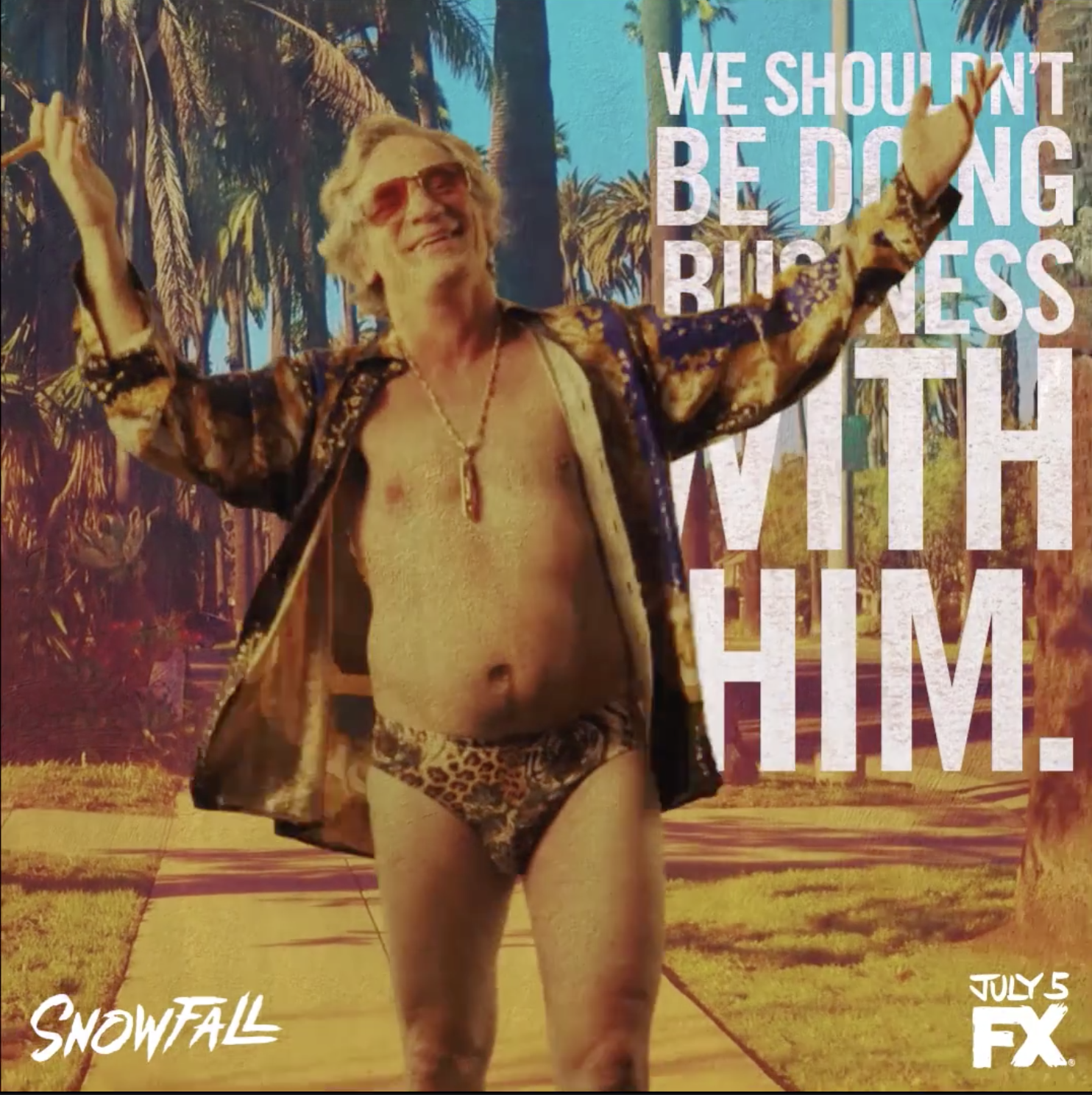 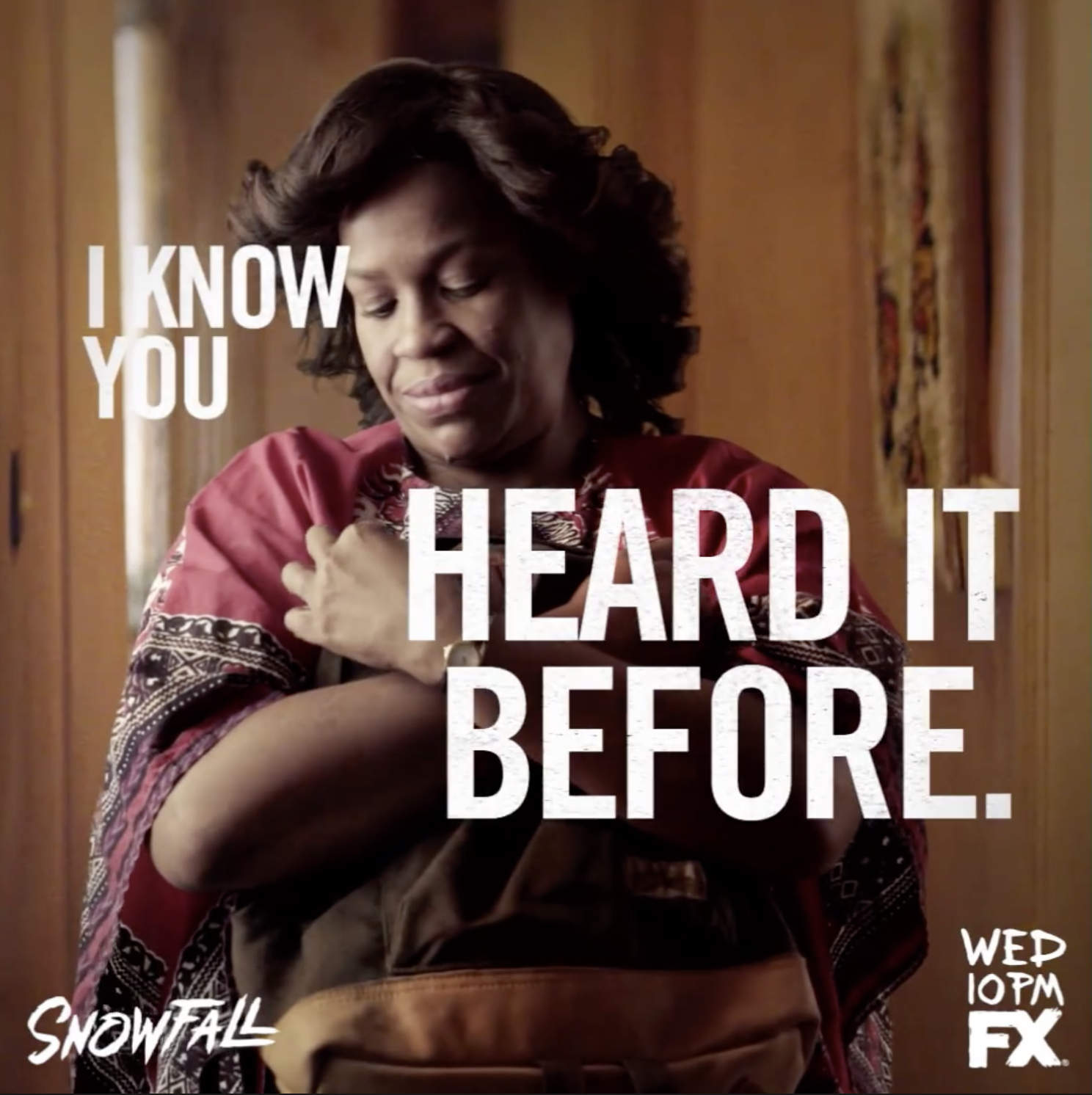