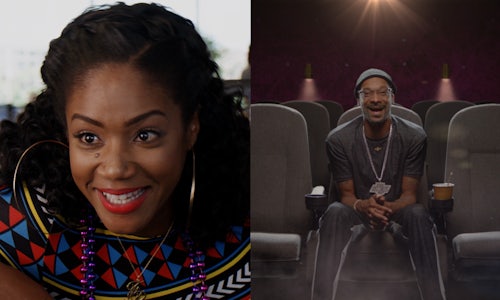 Universal Pictures' Girls Trip's summer release meant the film was up against big name studio tent poles creating a unique marketing challenge. Hoping to play into the film's comedic strength, Universal asked for an original influencer based promotional strategy that would engage their African-American skewing target audience. Taking these objectives into account, Viacom Velocity created a digital series leveraging the popularity of one of our most prolific talents, Snoop Dogg, and our most social channel, VH1, to raise awareness and create social dialogue around the release.

In order to present Snoop as both an iconic talent with social influence as well as a best friend you'd love to watch a movie with, we constructed our set in Snoop's very own in-house studio. On plush front row movie theater seats, Snoop gave his take and hilarious reaction to Girls Trip's red band trailer. Keeping in mind the digital nature of this campaign, the creative was optimized for social distribution, formatted to square aspect ratio and included captions to hook fans in who were watching without sound. Our custom promotional strategy distributed the creative across VH1's Facebook, Instagram and Twitter handles, Martha and Snoop's Potluck Dinner's Facebook page. Our content was additionally supported by MTV and Comedy Central's social pages to help boost engagement and views. Even the Doggfather himself helped to extend the reach to his +70M followers via his social pages.

During the Girls Trip campaign flight, Viacom's owned-and-operated handles contributed to 53% of the total the Girls Trip movie conversation across social media and generated an overall reach of 25.2M through owned, shared and organic content across Facebook, Twitter, YouTube, and Instagram. The campaign received 4MM video views and received the most views on VH1's Facebook native video post which also garnered the highest volume of engagements of all posts published around this film. 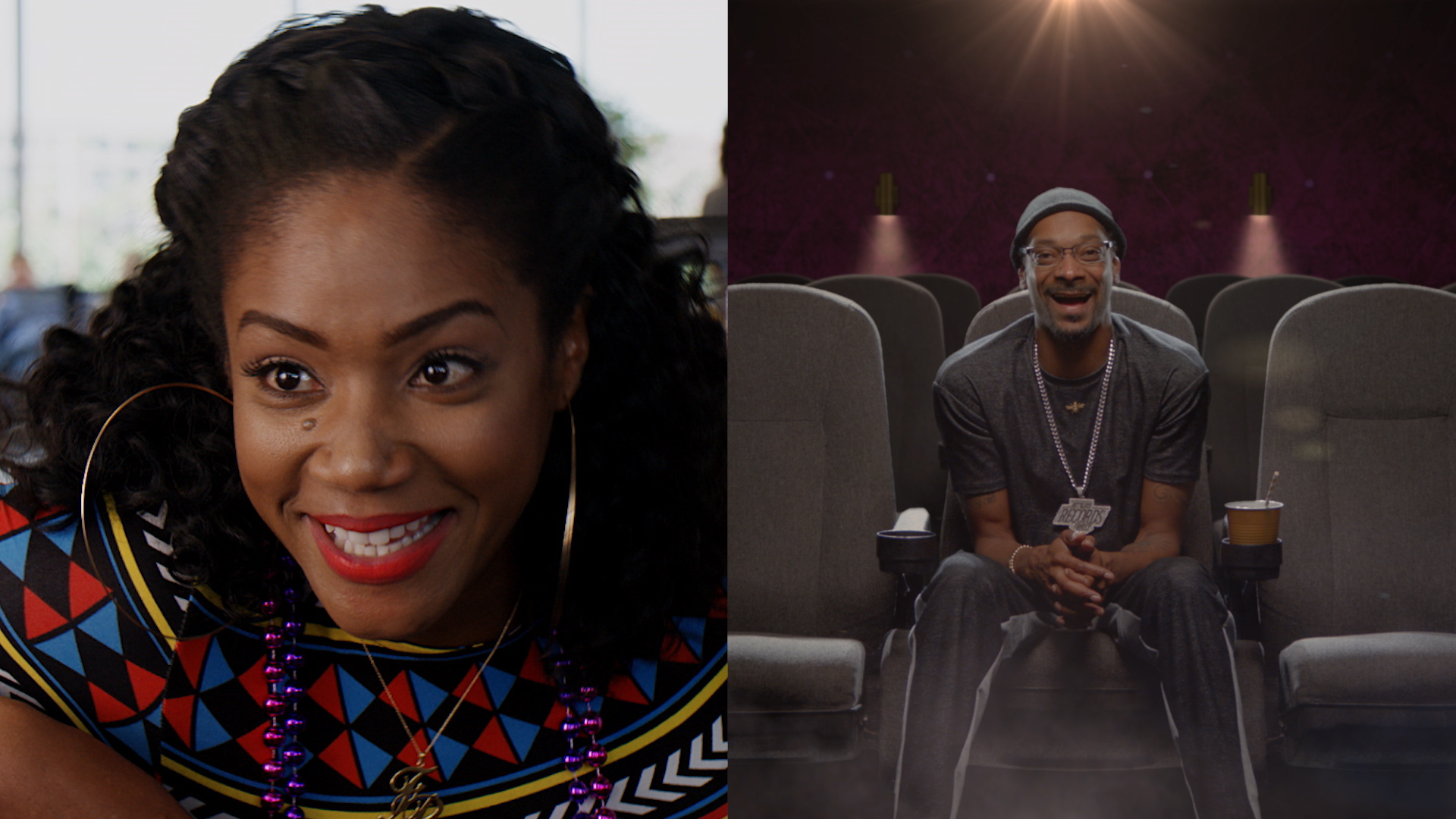