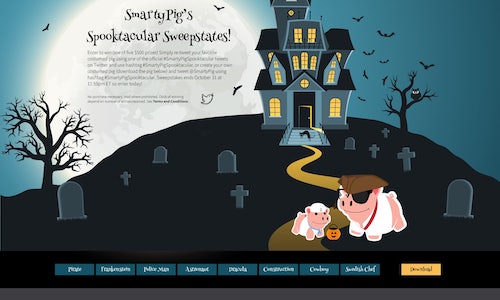 The objective of this campaign was to win new followers while delighting existing followers, primarily on Twitter. Users had the opportunity to select their favorite "costumed" SmartyPig for Halloween and retweet/tweet for the chance to win money into a SmartyPig account. Users also had the chance to design their own pig and tweet that out to share with the community.

The campaign was designed to be fun and interactive. It was primarily promoted within social, but was also featured on the SmartyPig website www.smartypig.com as well as through email to existing customers and prospective customers. 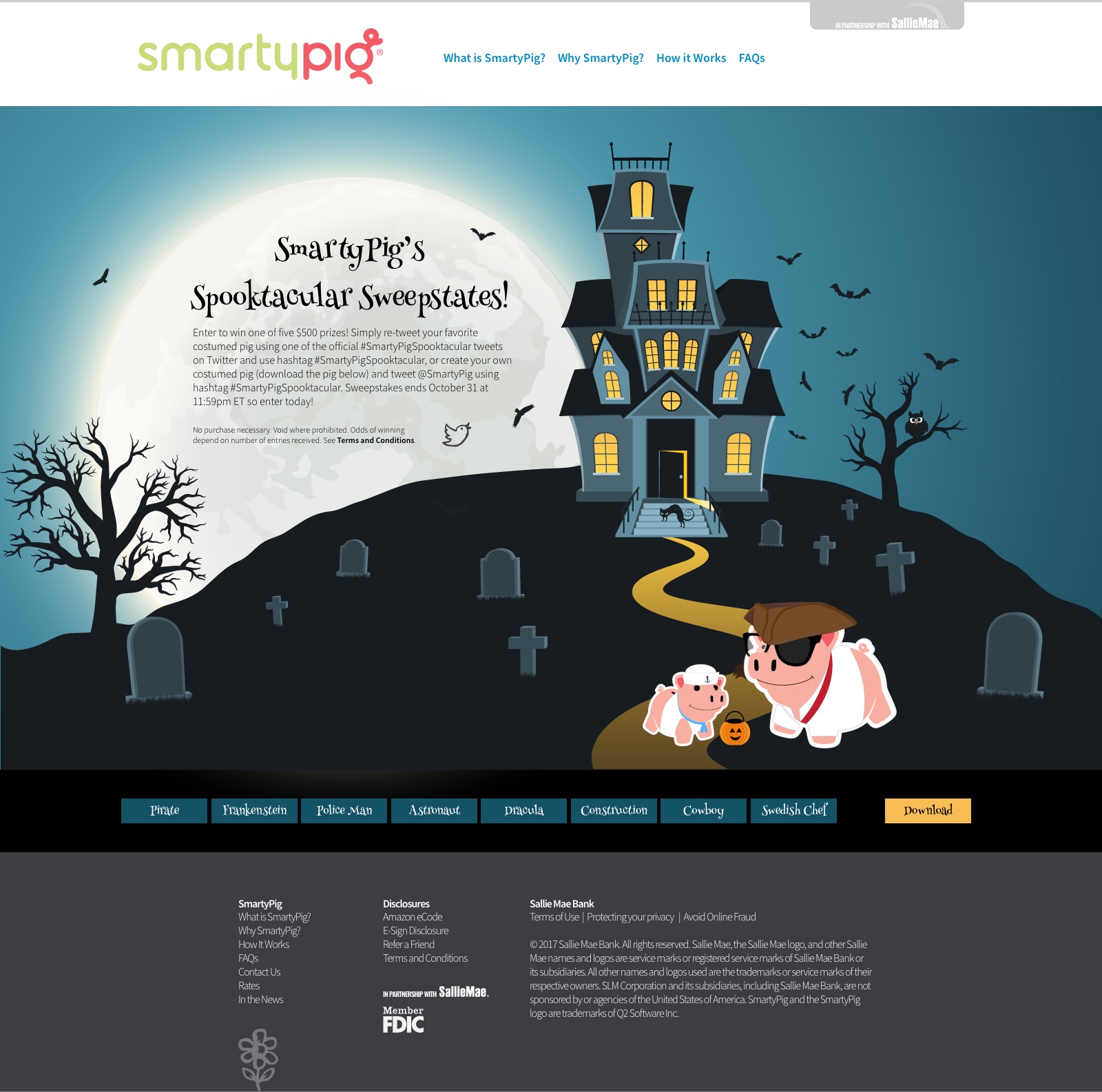