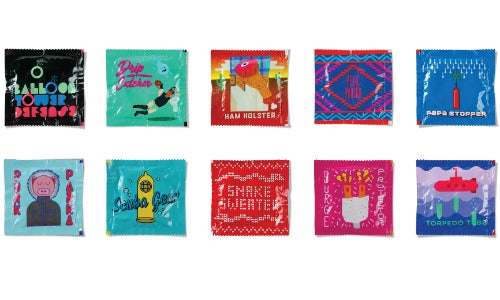 The ask? An ad campaign designed to help reduce the teen birth rate in urban Milwaukee, where it's currently over three times the national average and STIs are making a troubling comeback.

Before we were able to tackle our objective, we wanted to understand why the numbers are what they are, so we went directly to the source. Our discussions with teens from the most at-risk neighborhoods revealed that the teens are receiving the message about safe sex; they're just not buying it. The messaging approach has reached a dead end.

So instead of changing the conversation, we changed the product itself.

Our answer? We introduced Naughty Bags, a new condom brand developed with a $120,000 grant from the Office of Adolescent Heath. They're everything other condoms aren't—fun, relatable, and extremely accessible. And, they are changing the way Milwaukee teens feel about using condoms.

With this in mind, our goal evolved into getting the Naughty Bags brand of condoms into the hands of teens in urban Milwaukee.

Instead of changing the message, we changed the product itself.

We reinvented the condom.

We took everything regarding existing condom brands, from the overall personality and tone, to the look and feel of the wrapper and box packaging, to the naming conventions, and even the structural shape of the packaging itself and threw it all away. For this effort to have a chance with our teens, it needed to grab their attention, defy the "clinical" condom norm and look like nothing they'd seen before.

We continued to give teens a voice.

To make sure what we were about to reinvent truly spoke to them, we tapped the teens from our forums to be our sounding board from initial concept through final development. Their collective voice was the guiding light for everything we did. Anytime the teens detected a hint of B.S., anytime an idea or design felt too old and boring, anytime they told us we were being preachy or talking down to them, we scrapped the idea and moved on.

We re-wrote the rules with a different kind of condom brand that we named Naughty Bags.

What we ultimately created was a condom brand that refused to bow to the rules of the establishment. All the names on the wrappers, and the brand name itself, are euphemisms teens use themselves, have heard others use or in some way resonated with them. The style of the artwork, the colors and the designs themselves were also born out of our group discussions. We brought to life 10 different names to create variety and more ways to express the personality of the brand—names like "Ham Holster," "Papa Stopper" and "Snake Sweater."

We even reinvented condom distribution.

Understanding the barriers teens faced actually getting condoms, we challenged ourselves to invent methods of distribution that would circumvent the dreaded nurse's office visit or bus trip to the clinic.

The result was the creation of unique Naughty Bags-branded dispensers we placed in easily-accessible neighborhood locations, like barbershops and boxing gyms. In addition, we created secret dispensers, disguised as "Birds and Bees" newspaper boxes where discretion would be assured. We also worked with Diverse & Resilient to establish a peer-to-peer distribution program using community health promoters who were young (age 20 instead of 40) and from the same neighborhoods as teens in our target audience.

And we used social media to tell the teens all about it.

We extended the reach of these hubs with posts on Instagram and Snapchat, social platforms teens had told us were huge parts of their everyday worlds. We created unique animations for five of the Naughty Bags condom names that were eye-catching conversation starters and ran them as geo-targeted ads in our key zip codes.

In just three months, we built an online audience that dwarfed our target population.

By November 9, 2017, after launching in August with less than $8K in paid social media support, Naughty Bags had reached nearly 75,953 people on Facebook, 55,526 people on Instagram and engaging thousands more on Snapchat (note: Snapchat does not publish reach stats). To date, the effort has achieved over 398,000 social impressions.

Between August and October, we distributed over 28,000 condoms within our target zip codes—nearly half of the 60,000 condoms we had produced for a 12-month period.

Based on the relatively small size of our target population (19,549 teens, according to Census data) and established "take rates" of free condoms at the community level (one organization coordinates roughly 95% of free condom distribution to adults across greater Milwaukee, averaging roughly 15,000 condoms per month), our team expected our first run of 60,000 condoms to last at least 12 months.

Of 28,075 condoms distributed within our target zip codes, 18,924 were distributed through the secret drop boxes (monitored and restocked daily); 7,800 were handed out by peer-to-peer teams; 1,351 were taken from free dispensers installed in neighborhood businesses. 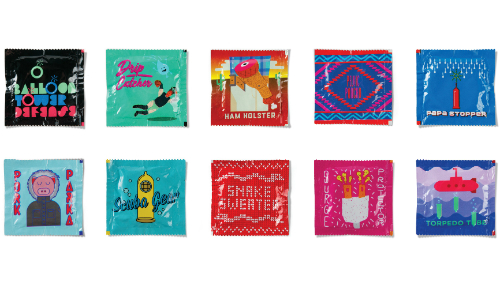 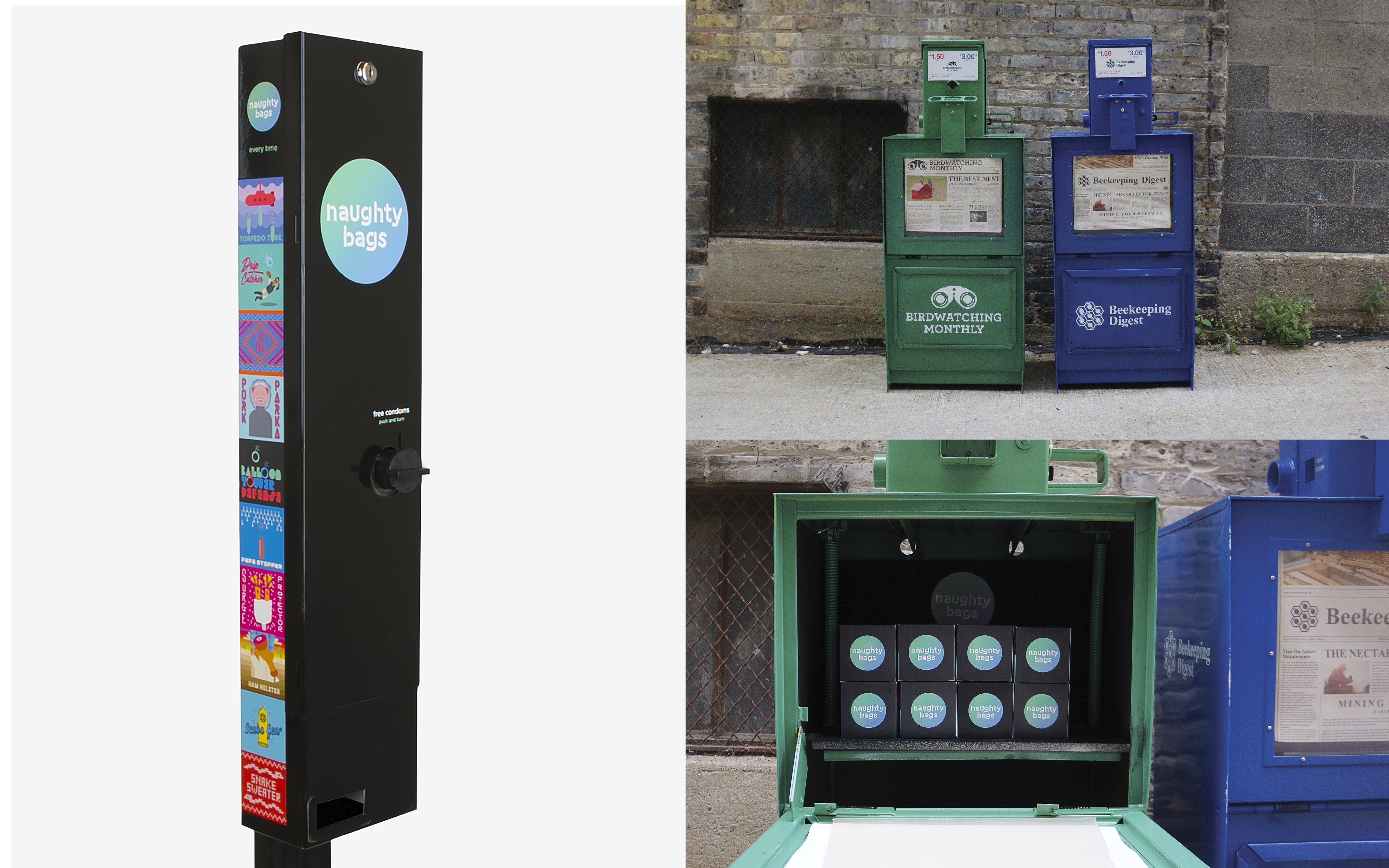 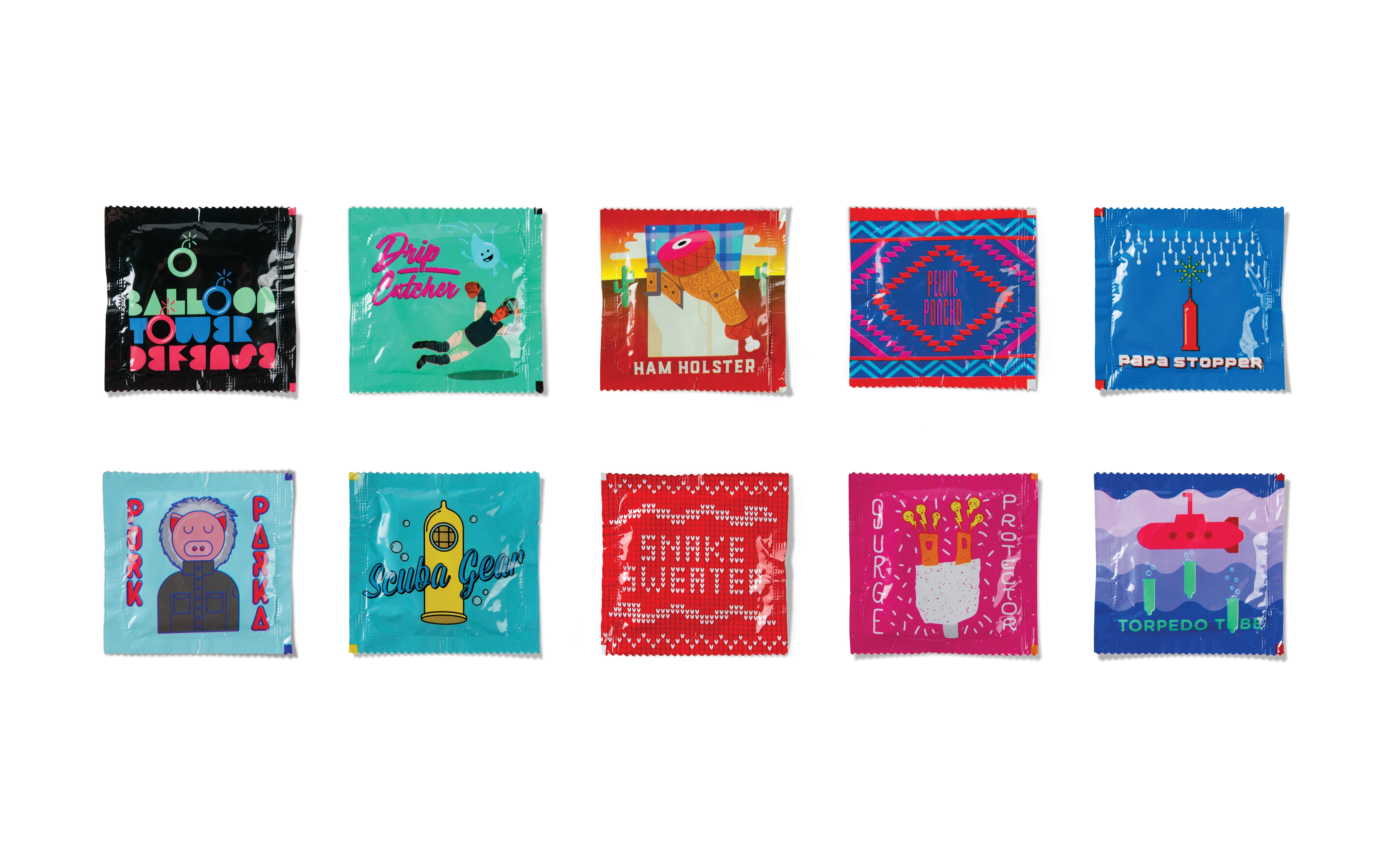 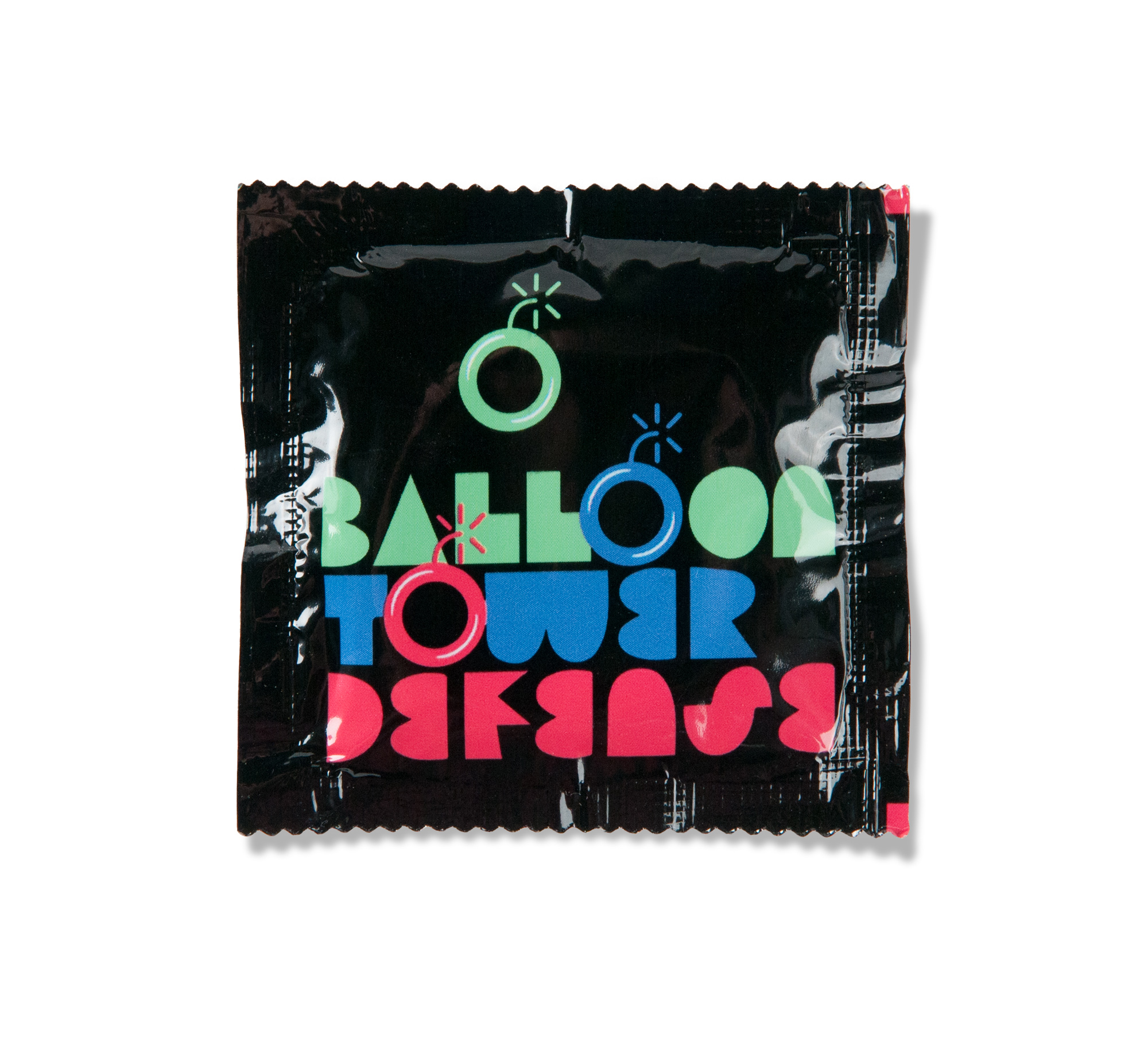 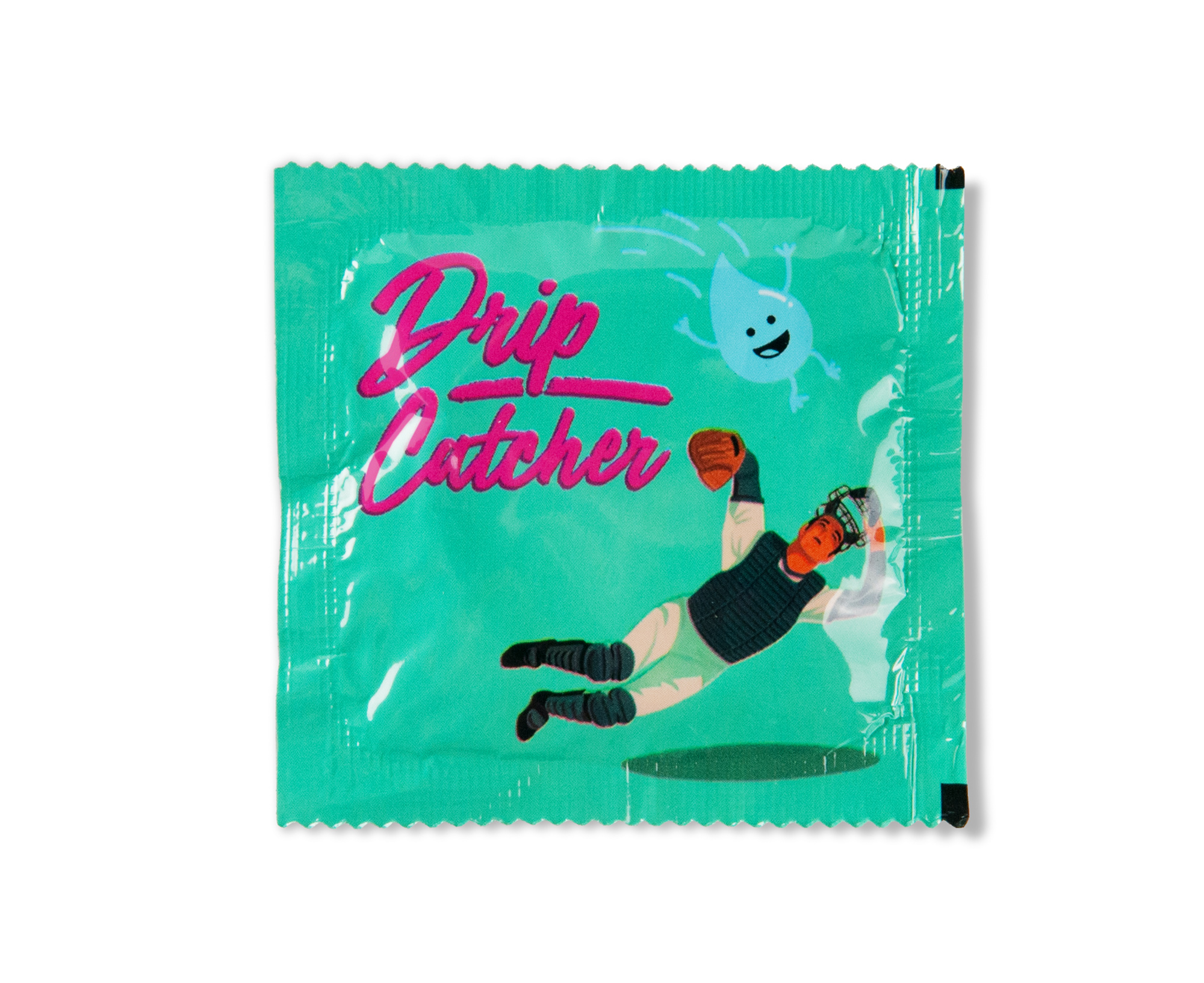