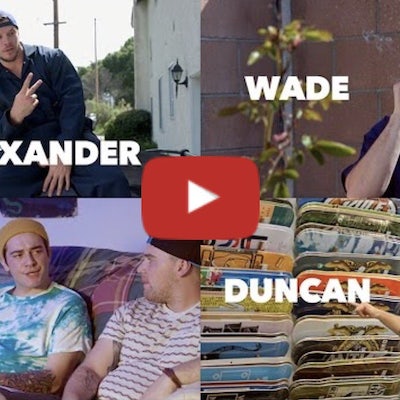 About Real Bros of Simi Valley

What happens when four dope bros in California’s Simi Valley try to throw a dope kickback? We’re not going to spoil it for you, but you can watch Jimmy Tatro’s The Real Bros of Simi Valley to find out. Starring Jimmy, Cody Ko, Getter, and Nick Colletti as the main characters, the hilarious four-part web series received over 3M total views. It’s easy to see why, as each episode perfectly mocks reality TV (not to mention the types of dudes who aren’t able to move on from high school). Produced out of pocket, the miniseries can be found on the LifeAccordingToJimmy YouTube channel, which quickly added 100K+ subscribers after posting the show’s episodes.