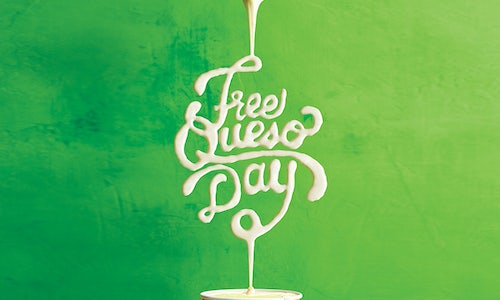 Moe's queso has a cult-like following. Seriously. People are absolutely obsessed with it. So we capitalized on this truth and turned our annual Free Queso Day (which is the biggest sales day of the year) into a 3-week integrated campaign centered around "Queso is Life."

Welcome to Moe's! Every year on the third Thursday of September, Moe's Southwest Grill invites fans to stop in for a cup of our famous queso absolutely free. This year, the marketing team was tasked with extending the life of Free Queso Day beyond the day in-store. Our main initiative: Create breakthrough content that utilizes all mediums - digital, social, television, and in-store - to support the same message of Queso is Life during the twenty-one days leading up to Free Queso Day.

Since this party has been raging for years, we thought we'd take it to new heights by launching the campaign from 12,000 feet. This epic video starred Moe's burrito guy announcing a Queso for Life contest while attempting to skydive into a giant cup of queso. Fans entered on Facebook or by checking in via the Moe's Rockin' Rewards app.

In addition to all of the GIFs, posts, stories, snaps and other content that was created, we built a queso confession booth in a Moe's in the college town of Athens, Georgia. We invited students and influencers alike to share their confessions. And share they did. Many of their hilarious queso obsessions were turned into catchy videos. We reinforced the message by encouraging fans to submit their own Queso Confessions via a 24-hour queso hotline that opened at midnight on Free Queso Day.

The campaign came full circle when we wrapped up the 3-week queso bonanza with a Facebook Live at IFLY, an indoor skydiving facility, as our burrito guy picked a Queso for Life winner from the nearly 200,000 entries.

Overall, the campaign resulted in more sales, loyalty check-ins and social engagements than the previous years. And not only was the 3-week period a huge win, it was the best Free Queso Day in Moe's 17-year history.

• Increased comp sales by 12% over the previous year 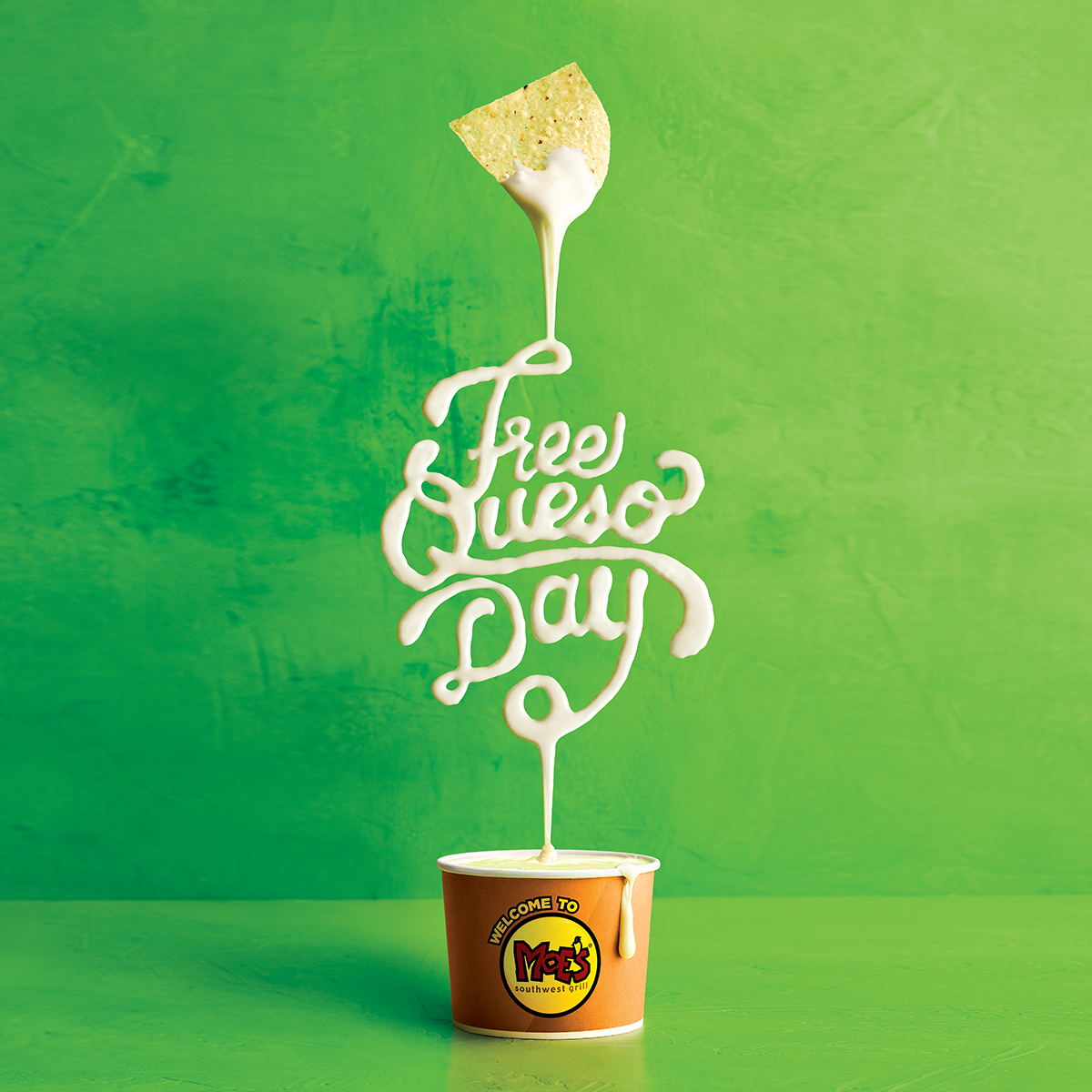