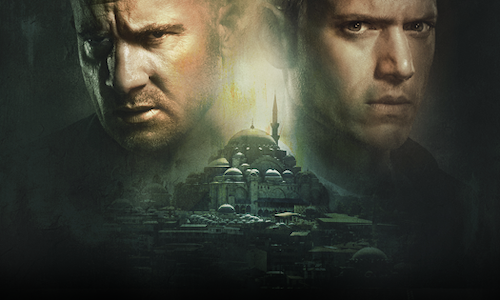 Prison Break is one of the most storied franchises in television history. To reignite passion for the show, we created unique, visually arresting content across various social and digital platforms. Michael, Sara, and Lincoln have held a special place in fans' hearts for over a decade, so our campaign strived to demonstrate both their heart-warming family bonds, along with the biggest and most thrilling breakout yet.

Prison Break's Season 5 campaign not only leveraged the rabid fan base, but also brought in new fans with a series of unique and engaging digital activations. In addition to Facebook, Twitter and Instagram, strategies included utilizing Google Search, Reddit AMAs and tattoo app InkHunter, as well as a host of immeasurable in-person activations.

Content-wise, we pulled a cornucopia of content from throughout the years that tugged at fans nostalgia, as well as heart-pounding and jaw-dropping new action scenes and deep romantic moments between the fan-favorite couple, Michael and Sara.

To build intrigue and hype around the show, we announced the premiere date via Morse Code, challenging fans to decode the clues, just like their favorite characters had done to escape Fox River Penitentiary. This was presented via paper crane image, an iconic symbol from the show — fans that engaged with us were then sent their own personalized crane imagery. We also partnered with Twitter to create a custom crane emoji that displayed for users anytime they tweeted #PrisonBreak.

Additionally, we created blockbuster movie style posters of our main cast, to showcase the deep-rooted connections our characters hold. The power of this content is evidenced by a staggering 10.7% engagement rate on Twitter. Further boosting the action and intrigue, we also created custom 3D GIFs of scenes from upcoming episodes, teasing what's to come and keeping fans on the edge of their seats.

Furthermore, we activated a Facebook Messenger bot, in the voice of the show's favorite characters, with show trivia to brush up existing fans' knowledge and introduce key plot points to new viewers, which saw over 13 million impressions. We reached fans IRL in several tentpole live events like WonderCon and SXSW, where fans could interact with their favorite cast members and get even more excited for "one last break."

We also activated a Google Search scavenger hunt that prompted fans to Google "Where's Michael" which would then lead to an exclusive sneak peek via search integration. The vague and cryptic videos were posted two days before the Season 5 premiere, capitalizing on elevated excitement.

Our Instagram escape room, @onelastbreak, posted mysterious clues that put users in Michael's shoes as they solved a puzzle. Those clever enough to decode the clues uncovered another account, @jailedcrane, where Michael Scofield himself provided them with an exclusive look at the upcoming season.

Lastly, we collaborated with InkHunter — an app that utilizes users' phone cameras to digitally project how a tattoo would look on their body via augmented reality. Prison Break-themed tattoos were made available via the app and promoted on Twitter, encouraging fans to test out their very own.

All of these unique activations combined together to launch one of the biggest breakouts of the decade, Prison Break: One Last Break.

The much-anticipated return of Prison Break went on to be one of the most buzzed about shows in 2017. The first trailer (original post expired), launched in January 2017, was FOX's fastest growing EVER, with more than 68 million views and almost 100,000 likes on Facebook. 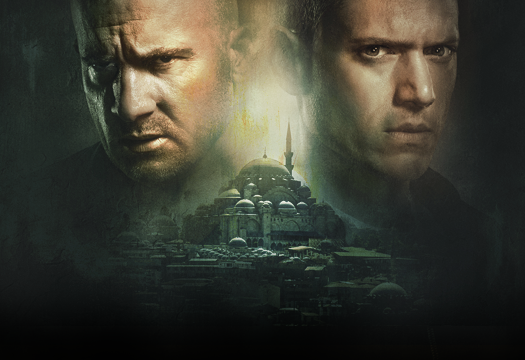