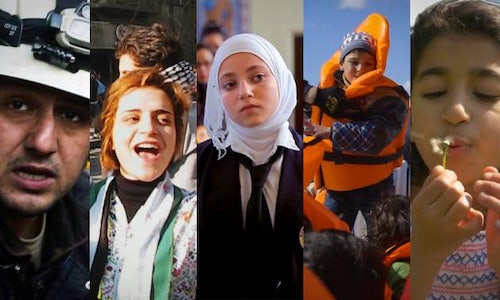 To shed light on the ongoing Syrian war and global refugee crisis, POV, the award winning documentary series on PBS, opened its 30th season with five films—three features and two shorts—highlighting stories of people caught in these world-changing events.

Noticing an uptick in films featuring stories of displacement in Europe and the Middle East, and given the 2016 presidential election throwing the issue of migrants and Syrian refugees here in the U.S. into stark relief, POV's programmers felt no one voice or film could adequately capture these complex crises. With this three-week special series—the first of its kind for the 30-year-old PBS showcase—POV sought to bring these diverse stories to American audiences and demonstrate how these events are truly global in scale and leave few people untouched.

POV employed a multi-platform strategy, using online social media platforms to publicize the series, while anchoring the campaign in the broadcast and nationwide screening events in commemoration of World Refugee Day on June 20, with partners including The New York Times' Op-Docs team and the Independent Documentary Association.

For educators and screening organizers, POV created a discussion guide, lesson plan and reading list for each feature film. This suite of education materials is made free for any organizers of free, public and/or educational screenings, and are part of POV's list of 170 free films available in its library. Lesson plans range in grade level and topic, while discussion guides provide background information on key issues discussed in the films, including the Syrian war, the European migrant crisis and gender in Islam.

By producing these educational materials and organizing these screening events, POV aimed to create in-depth dialogue around the Syrian War and refugee crisis and connect these events to political developments in the United States. As a public media series available to more than 98% of Americans for free via broadcast, online streaming and in-person events, POV aimed to provide as much context as possible.

Finally, POV premiered the three features and two shorts over its first three weeks of its 30th anniversary season. On June 26, 2017, POV's season premiered with Dalya's Other Country, followed by two short films, From Damascus to Chicago and 4.1 Miles. On July 3, 2017, POV presented The War Show, and on July 10, 2017, the special series concluded with Last Men in Aleppo. POV also produced special "Behind the Lens" interviews with each of the films' directors and producers. In these videos, filmmakers provided background into why they created these documentaries and what they hoped American audiences would take away from the films.

POV saw tremendous success both online and in person at screening events.

Also in New York, POV partnered with The New York Times' Op-Docs team to host a screening and discussion that included filmmakers as well as Jennifer Patterson, deputy executive director at USA for UNHCR, the UN Refugee Agency and Michael Slackman, international editor for The New York Times.

Online, the film's trailers, clips received over 414,000 views across Twitter, Facebook and our site on PBS, and over 145,000 visited our film pages and blog posts related to the documentaries. Across our broadcasts, more than 3.9 million viewers tuned in.

In press, films series received over 150 mentions, including an op-ed in Teen Vogue by Dalya of Dalya's Other Country, a film review by John Anderson of the Wall Street Journal and three op-eds by our executive producers in Salon for each of the feature films.

Finally, one of the films— Last Men in Aleppo—received an Oscar nomination for Best Documentary Feature this past January. The filmmaker Feras Fayyad made Oscars history for being the first Syrian director to be nominated in the category. 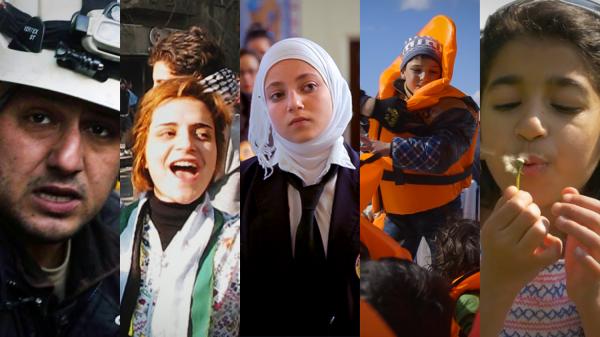