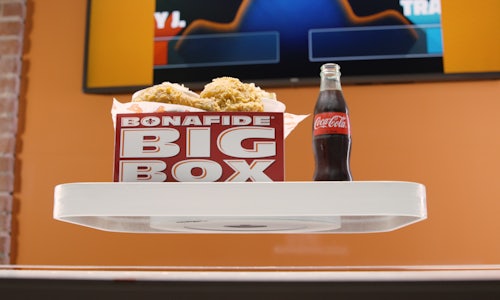 People go crazy for Popeyes' $5 Big Box offer. In fact, each time it makes a limited-time comeback, there are huge spikes in Popeyes social mentions. Taking advantage of this social listening insight, we brought awareness to Big Box's return by creating a mind game powered entirely by cravings. Introducing Popeyes Big Box Crave Off: the first-ever tug-of-war game powered by brainwave technology. To start, we placed the Big Box on a tray in the middle of two Popeyes fans seated at opposite ends of a long table, each wearing EEG headsets. The more the participants craved the Big Box, the closer it traveled to them. Eventually, the person who craved the Big Box the hardest got to eat the coveted prize. We captured a variety of contestants playing the game and used that footage for a series of social video ads across Facebook, Instagram and Snapchat.

A Facebook Canvas ad gave viewers a taste of the craving action. By following the arrows to pan left and right, the audience got a front-row seat to the competition. All ad units led users to a live Crave Off mobile game where they could compete in real-time for the chance to win a year's supply of Popeyes.

With a primary KPI of reach, the campaign successfully delivered more than 42MM impressions and reached 10MM unique people. On Facebook, we engaged our attention-strapped audience with users spending an average of 22 seconds within the Canvas ad.

Video for Popeyes Crave Off 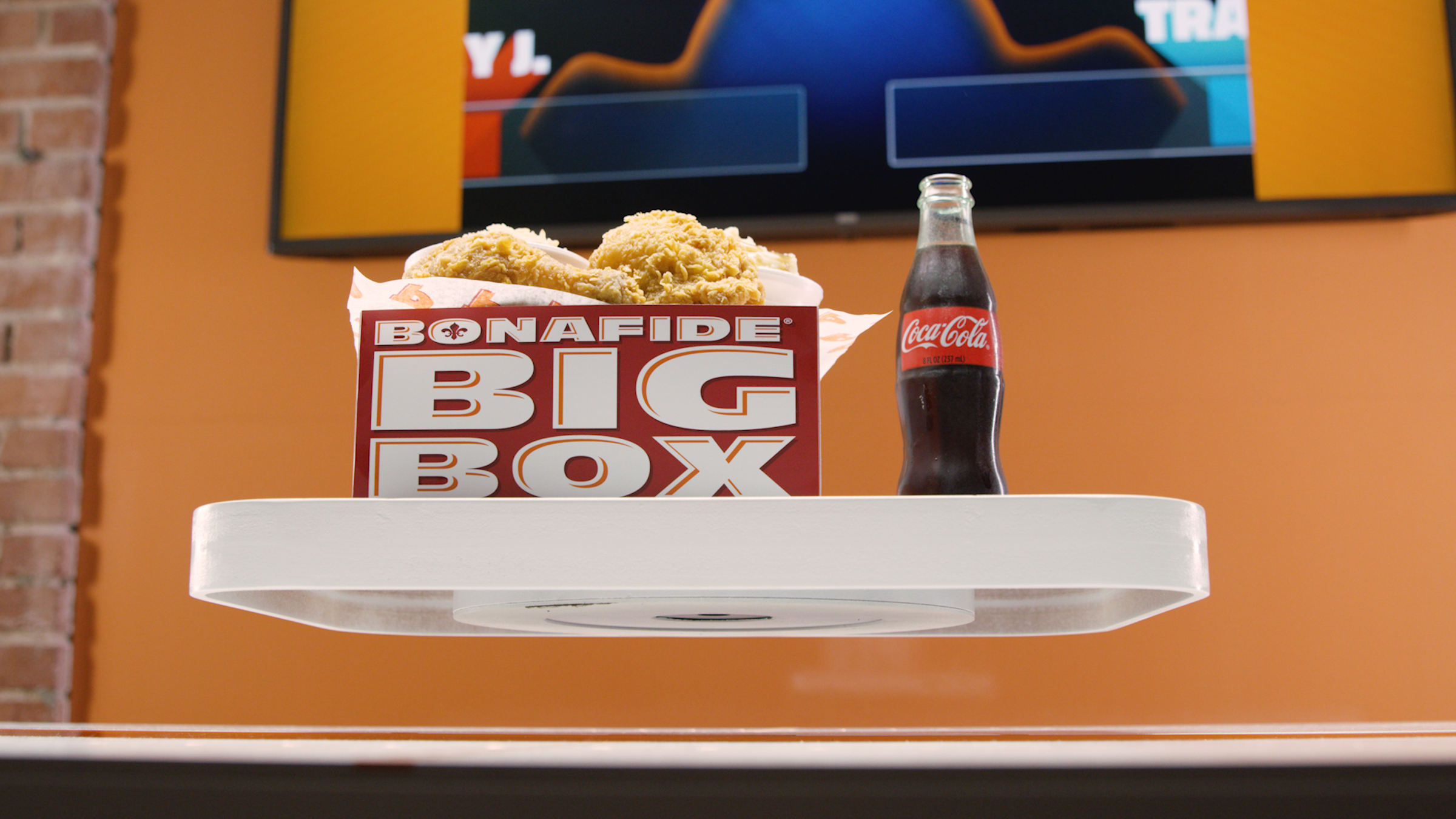 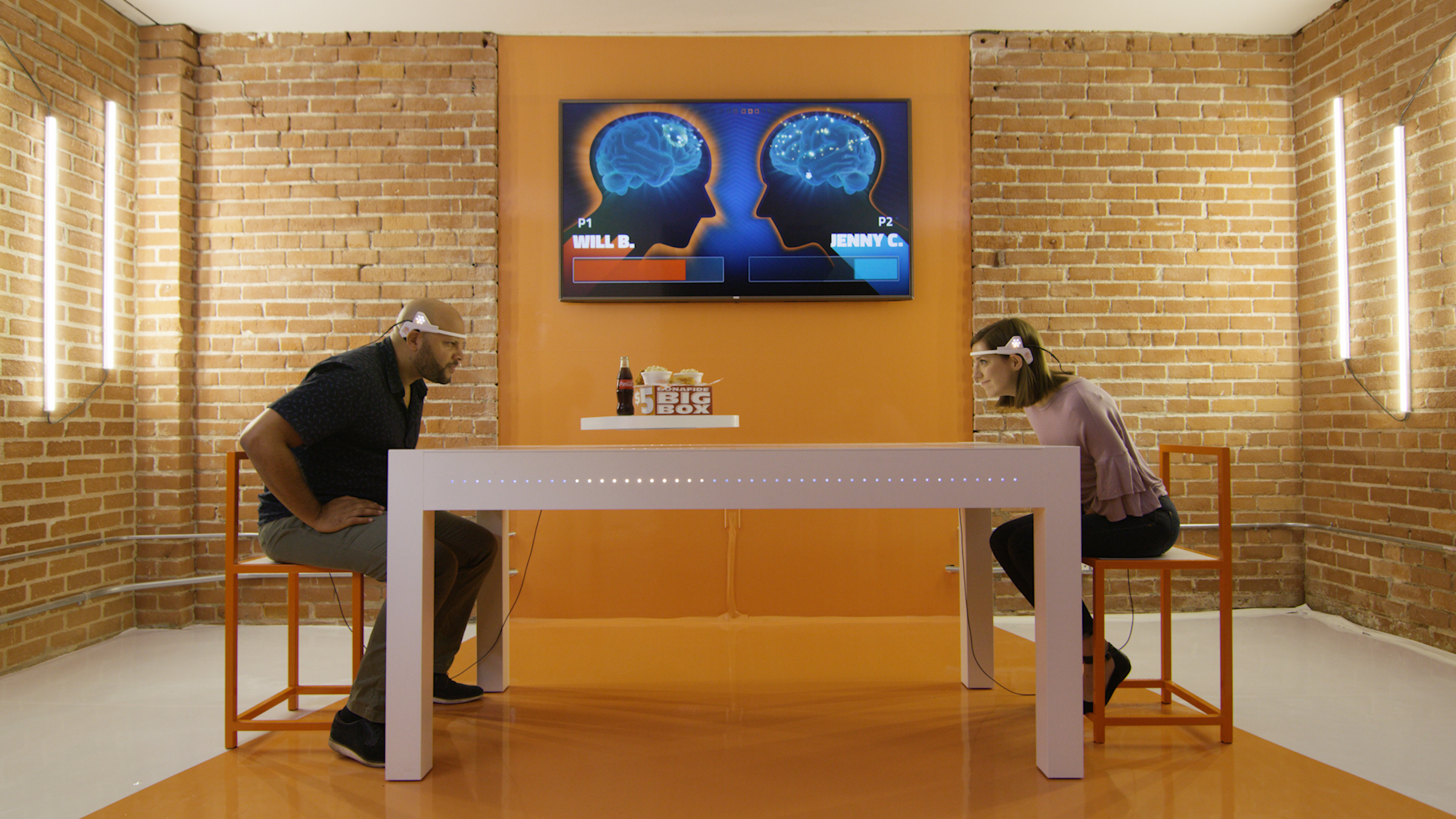 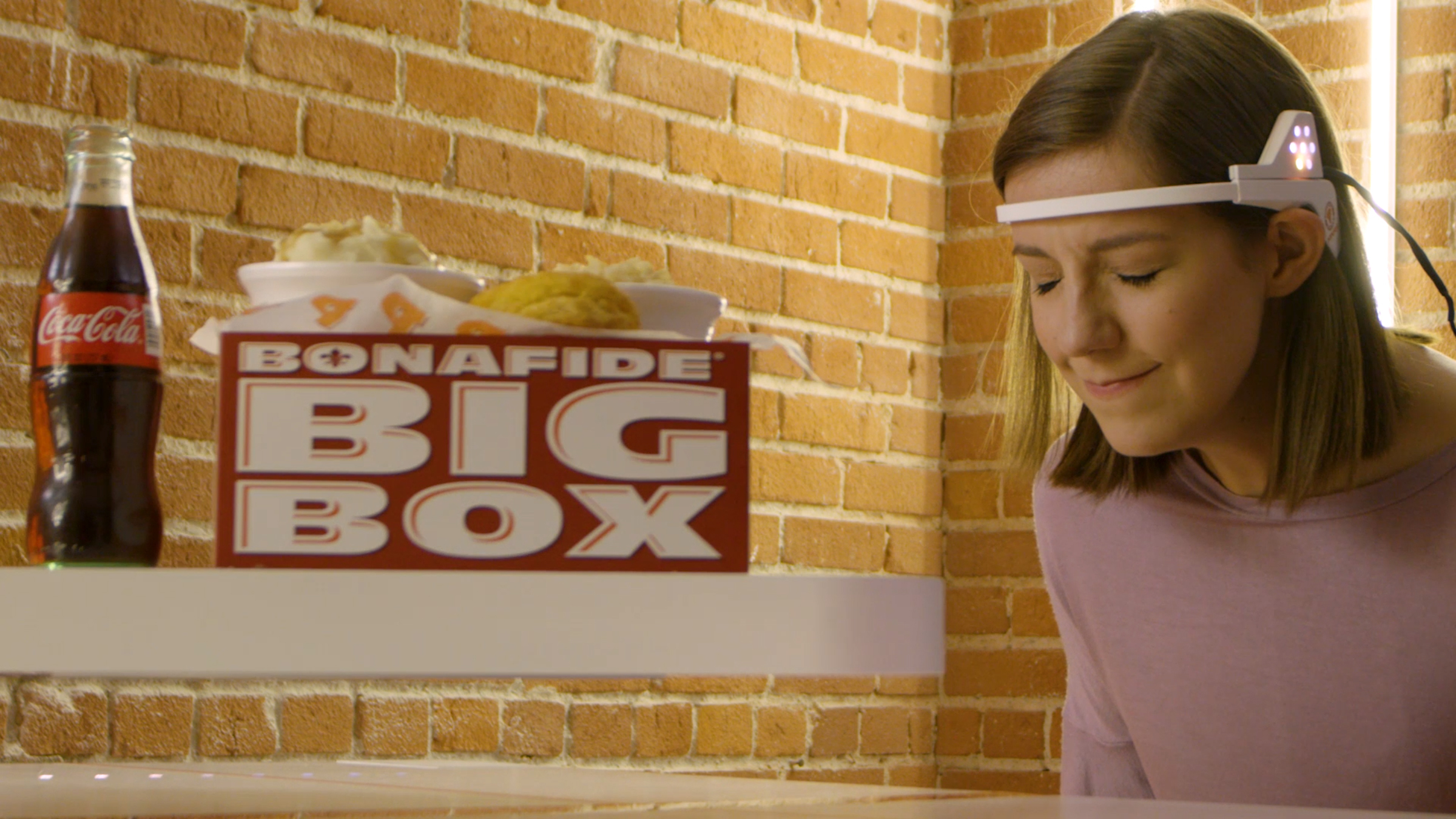 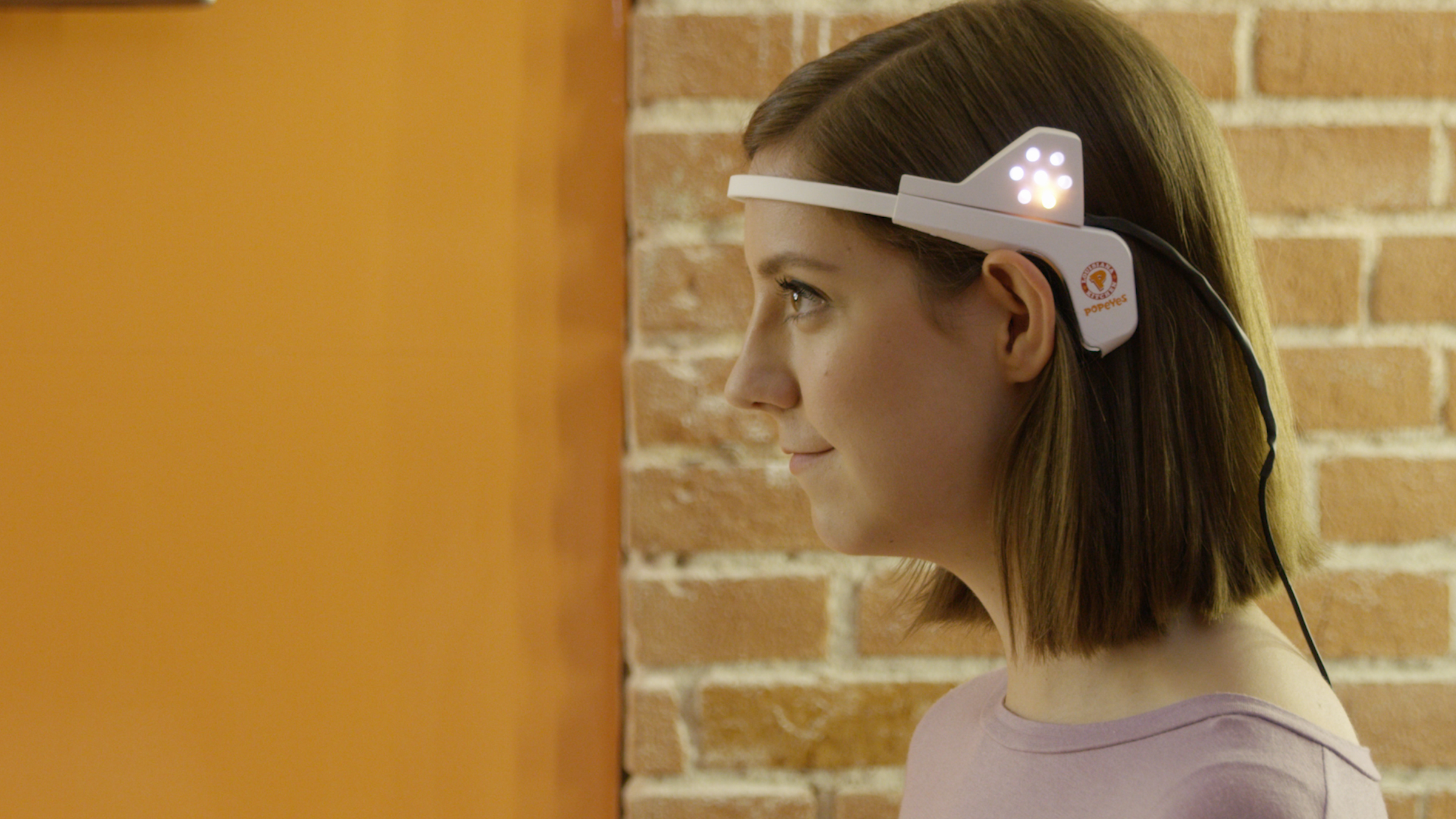 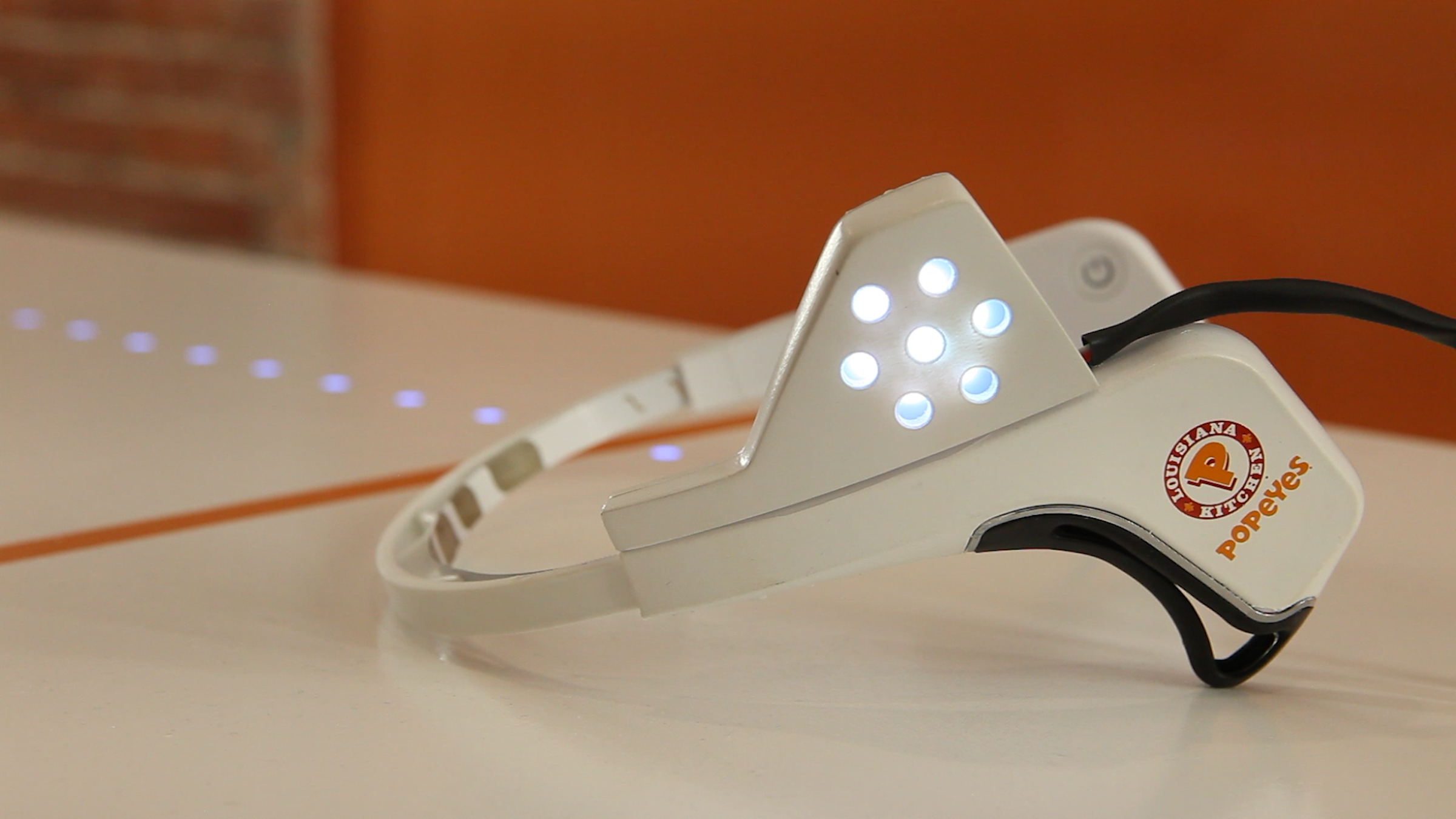