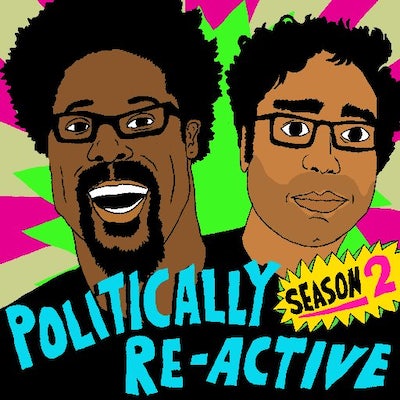 W. Kamau Bell and Hari Kondabolu use their sharp political comedy to help the nation “stay joyful in the face of the unknown.” The two developed great chemistry on the Comedy Central show Totally Biased with W. Kamau Bell, and their podcast Politically Re-Active hasn’t missed a beat in its 2nd season. Kamau and Hari covered 2017’s hot-button topics, like the events in Charlottesville and the Syrian Civil War, somehow infusing hilarity in things that are otherwise depressing. Their many thousands of social media fans keep up with the show and its guests, like Alicia Garza, co-founder of the Black Lives Matter movement, Franchesca Ramsey, the host of MTV Decoded, and astrophysicist Neil deGrasse Tyson, who helped the hosts “geek out.”