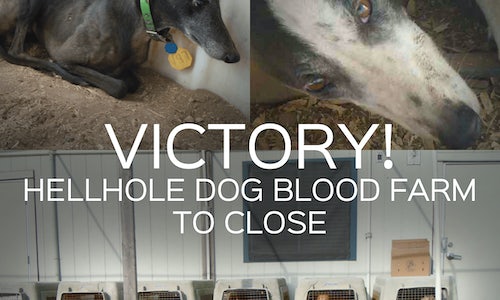 Through a multi-faceted campaign including social media, online video, traditional media, and celebrity outreach, PETA exposed a horrific practice to the public, resulting in the shut-down of a terribly abusive business.

For years at The Pet Blood Bank, greyhounds had been warehoused in conditions akin to solitary confinement, trapped 24/7 in wire and dirt-floored kennels in an old shed, with nothing to do but wait for the next "bleed," where 20% of their blood volume was taken from their jugular vein, to be sold to vet clinics across the US. These naturally active, sensitive dogs were deprived of exercise, enrichment, companionship, respect, and any semblance of joy.

The vast majority of the public had no idea a dog blood bank could exist, so we first had to educate the public and then encourage them to get active. Following PETA's multi-platform awareness campaign — which included social media videos and images, instant advocacy such as text-ins, call-ins, emails alerts and more — The Pet Blood Bank closed its doors within weeks of the feature going live, and transferred 151 dogs into adoption programs. These dogs are finally getting the care and love they need and deserve.

Our strategy was to expose the horrors of The Pet Blood Bank (and highlight their distributor, Patterson Veterinary Supply) through eyewitness images and video footage repackaged in multiple ways and posted across social media, reaching out to news media and celebrities on Twitter, asking people to comment directly on Facebook, building interactive website pages, follow-up blogs, mobile advocacy text alerts and emails. Content was modified and enhanced for each platform with a unifying message. This was a multi-pronged effort to inform the public of what was happening, engage people to take direct action (including emailing the owner and commenting on the distributor's social media pages), and convince The Pet Blood Bank to do the right thing and release these long-suffering dogs to reputable rescues.

Our campaign page on PETA.org, which first broke the news with video footage from The Pet Blood Bank and included an easy to navigate call-to-action form, was visited more than 229,000 times.

Patterson and the owner of the blood bank heard from PETA supporters every single day after this case went live, which resulted in over 122,000 actions from our supporters on the action alert. Our Instant Advocacy campaigns kept the pressure on via email — 4,200 additional actions were taken this way!

We sent emails asking our supporters to submit Facebook comments and to make phone calls. As always, they delivered.

Social media videos on Facebook were viewed more than 1 million times and followers were asked to directly take action within videos and posts. On Twitter, we posted a big tweet series with the eyewitness video and photos, and created GIFs specifically for Twitter to further expose the dogs' suffering. The campaign was retweeted more than 5,300 times over multiple tweets, and celebrities including Ricky Gervais retweeted. Sir Paul McCartney pushed for the greyhounds to be released.

Instagram posts on the campaign, which encouraged people to take action as well, were engaged with more 110,000 times.

The campaign received attention in The Washington Post, The Chicago Tribune, US Weekly, and dozens more outlets. Following just weeks of pressure from PETA, The Pet Blood Bank announced it would be shutting down and transferring the dogs who suffered there. A victory blog was posted following that announcement. 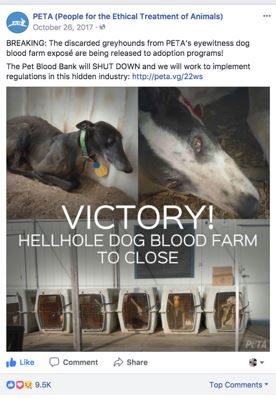 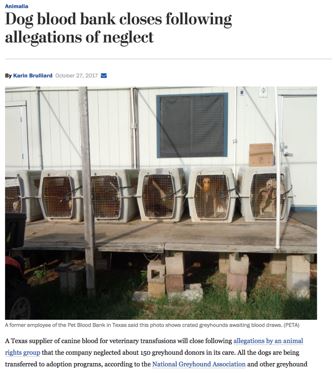 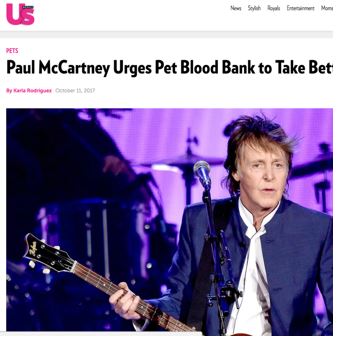 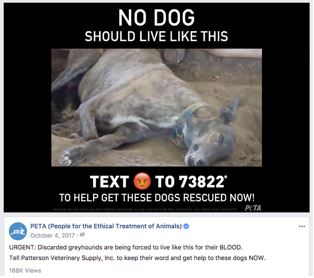 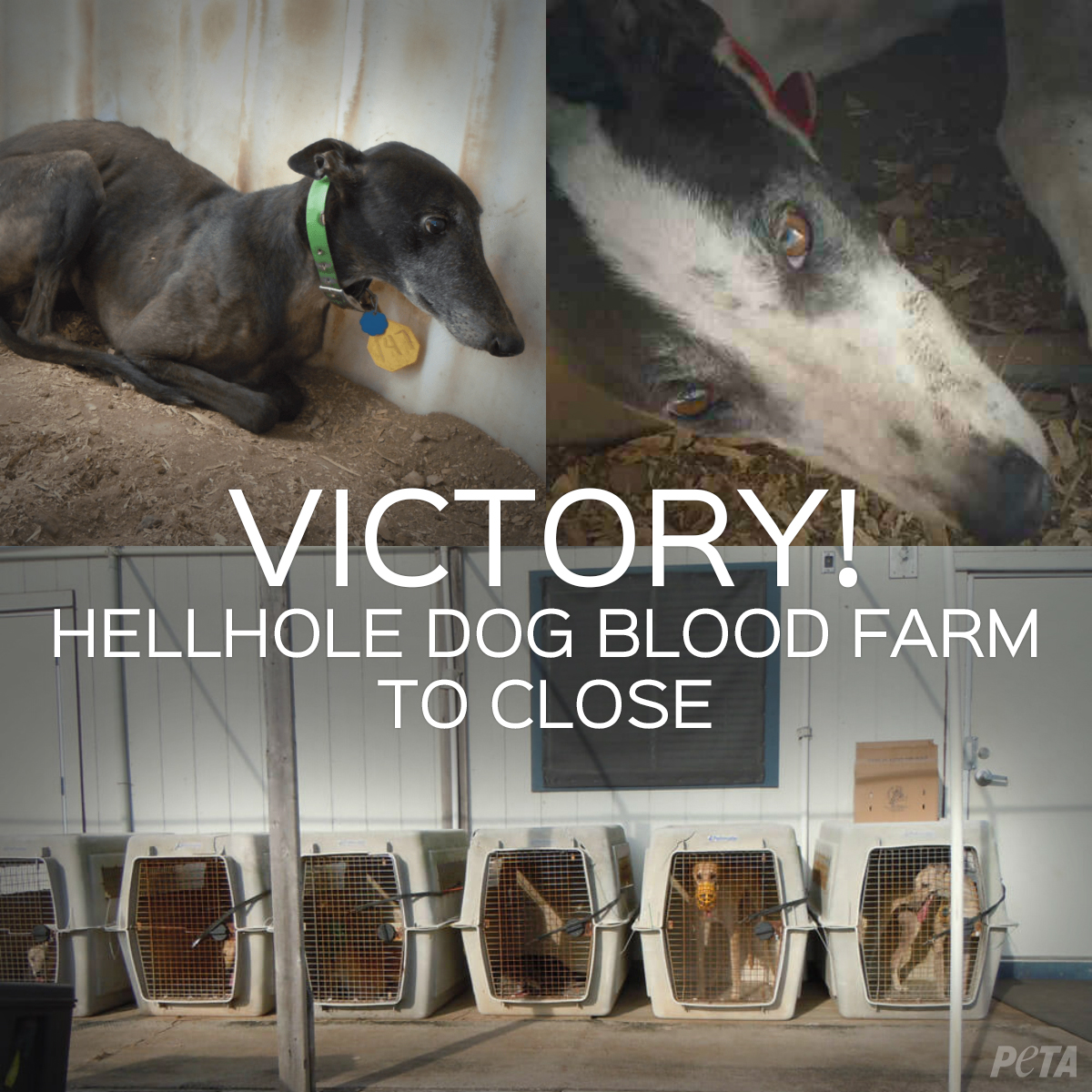