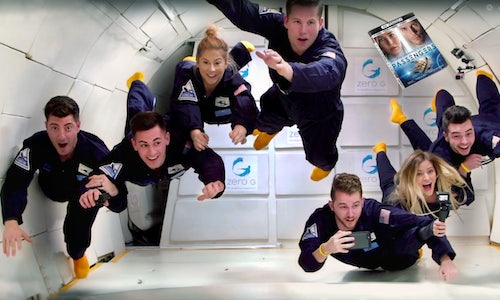 To build excitement and eventize the release of Passengers on Blu-ray and Digital with a Passengers themed out of this world experience. Social influencers and top tier press came out for two days of Passengers themed activities culminating with an anti-gravity flight out of Long Beach. The event was captured and shared across multi platforms including Youtube, SnapChat, Facebook, Instagram and Twitter resulting in lots of buzz and momentum surrounding the movie's digital and physical release.

Sony Pictures Home Entertainment created a fresh "once in a lifetime" Passengers themed event for traditional press and social influencers. During the 2-day event there were multiple opportunities for press and influencers to capture photos and videos and share across the biggest social platforms including Youtube, SnapChat, Facebook, Instagram and Twitter. The event kicked off in Hollywood with an exclusive Passengers themed cocktail party at the swanky Avalon Hotel where influencers and press participated in themed mixology courses, photo opps with props from the movie, unboxings, a first look at the Passengers VR experience and a meet and greet with Oscar-nominated set designer Guy Dyas. During the evening influencers tweeted, live streamed, created Snap Chat stories and shared on Facebook tagging each other while promoting the movie. To engage fans who were unable to attend the event Sony live-streamed portions of the evening on the film's Facebook page. To further engage fans and increase use of the event's hashtag #PassengersExperience we gave away Passengers themed gift baskets to lucky fans following along. The following day press and influencers were taken on an adrenaline fueled ZERO GRAVITY flight allowing them to experience weightlessness like the characters in the movie.

More than 20 social influencers and top tier press participated in the two day event with more than 30M social followers across all platforms. 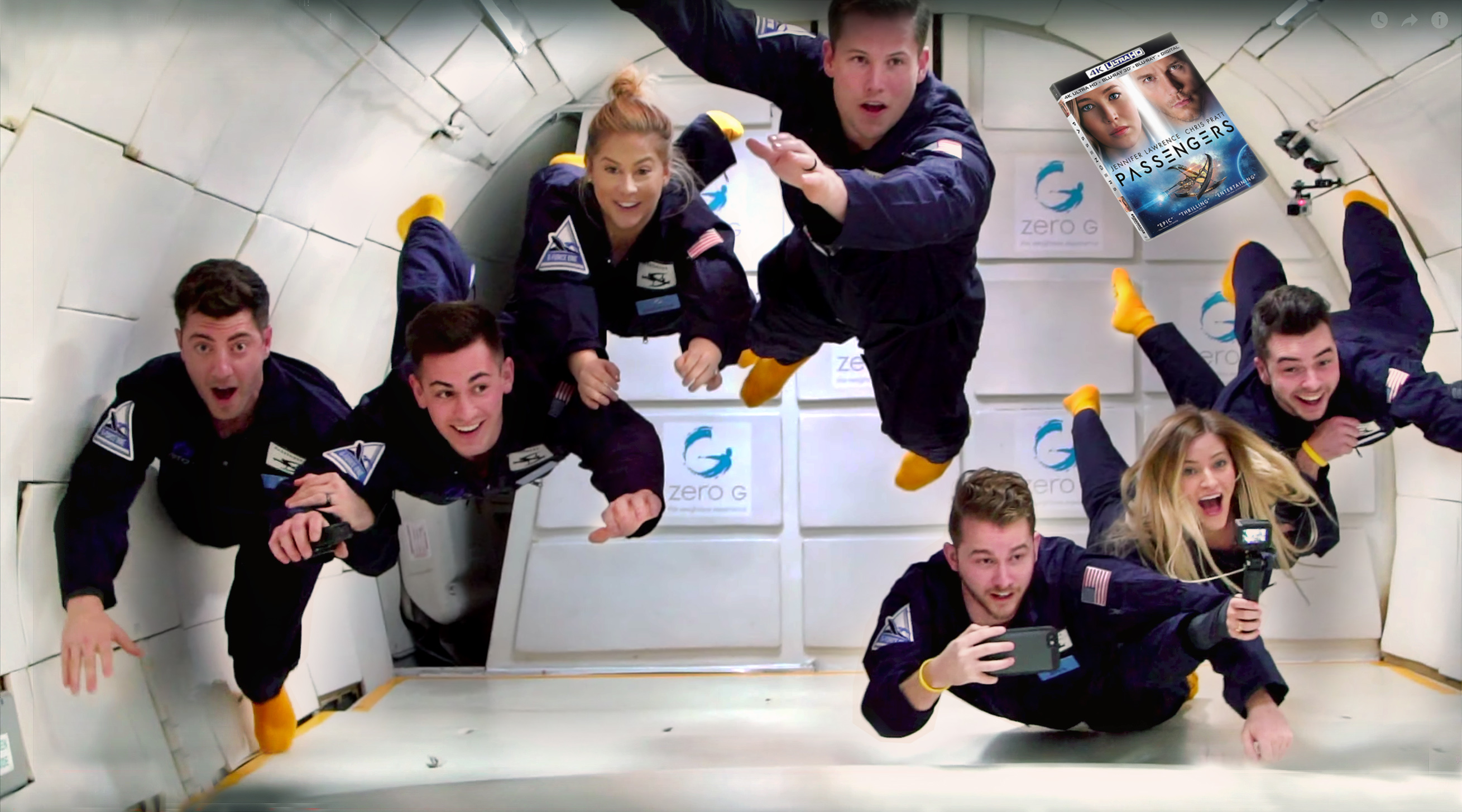 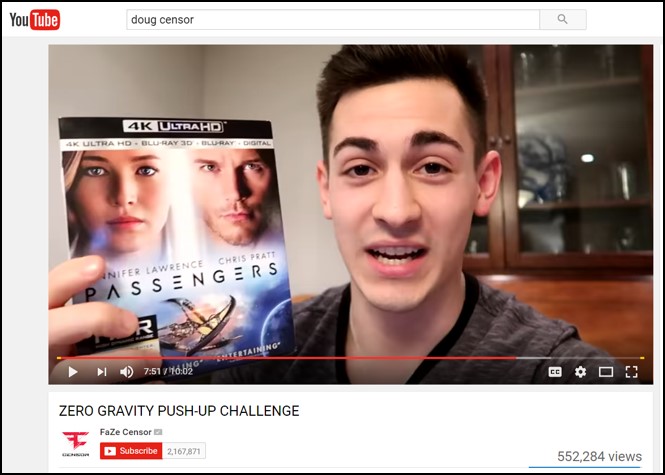 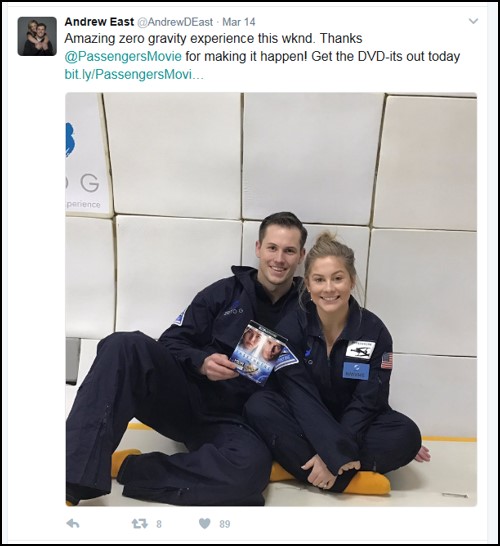 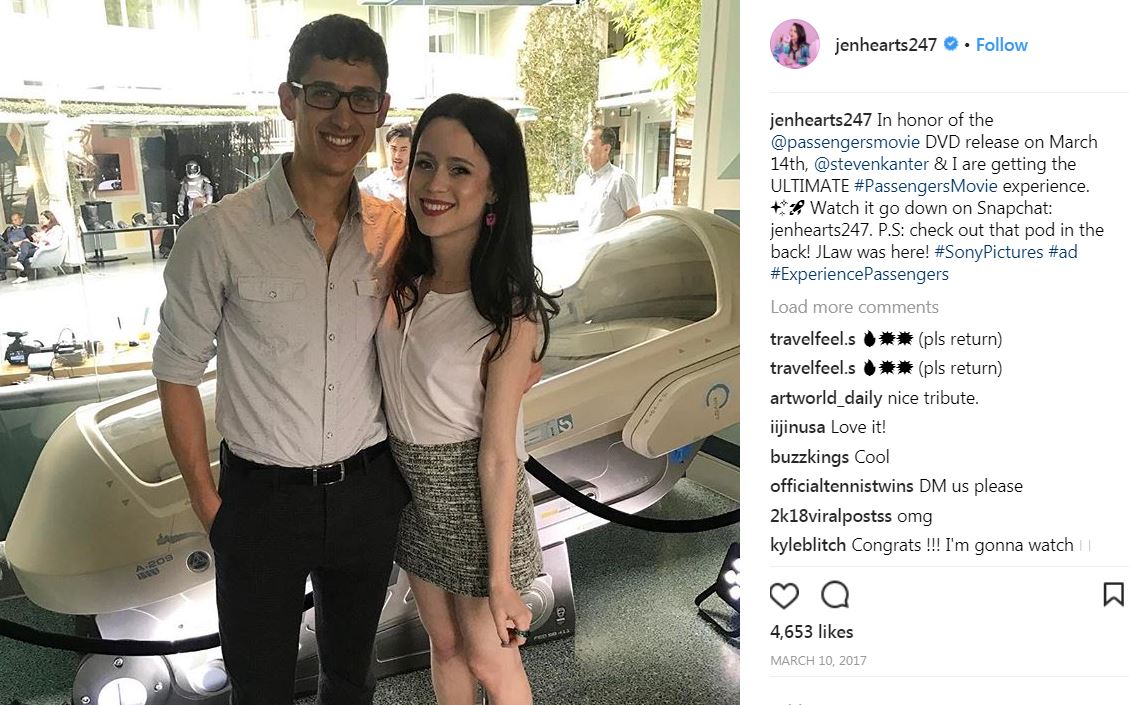 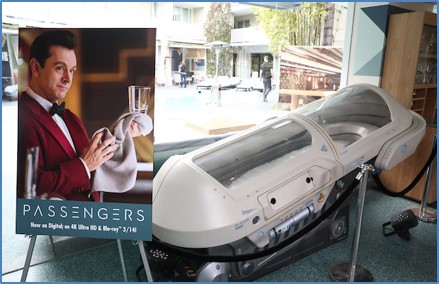