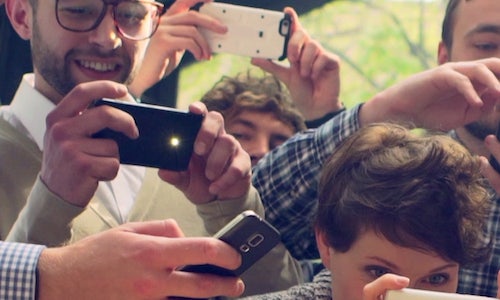 As recent studies continue to inform, total mobile usage keeps growing while traditional browser usage has dropped significantly. This has not only changed the baseline for what is expected by brands within the mobile ecosystem but also the way consumers manage their money. For brands within the banking sector, offering a mobile app isn't about getting ahead, rather it is quickly becoming the cost of entry in a crowded marketplace.

BMO Harris Bank felt a considerable need to establish footing within this arena by launching their own mobile banking app. Furthermore, they saw an opportunity to decrease the average age of their CD/MM audience by targeting millennials, a segment previously underserved by their brand.

The brand also recognized the need for the right creative partner and a sound marketing strategy. Strategically positioning themselves to try something new, BMO Harris selected Onion Labs as the partner for the task.

As objectives for this campaign, our team was asked to develop a solution that engaged younger affluent individuals (Adults 25-39), drove consideration for BMO's new mobile banking app and increase metrics surrounding brand familiarity, brand affinity, purchase intent and recommendation intent across the board.

Onion Labs identified a gap in the landscape and created a campaign that truly allowed BMO Harris to lean into the power of humor, speaking about mobile banking in a fun, comedic tone as opposed to a more earnest approach taken by many others in the space.

We based this positioning on human truths, in BMO's case being that millennials are so over brands desperately trying to reach them in disingenuous ways.

We also focused a wider lens on marketing culture, observing that app features are becoming cultural currency for campaigns to exploit (often poorly) and that millennials are exhausted with the overgeneralized personification of things like "swiping right".

Where others may have seen yet another millennial campaign destined to become a joke, we decided to set our own punchline — recognizing that millennials know when they are the target and that the real way cut through is not to pander, but to play along.

We satirized the inauthentic voice of BMO's competitors, calling out what they actually believe millennials sound like and held a mirror up to the absurd lengths that boomer bankers go to in order to connect. Most importantly, we let the target know that BMO was in on the joke and truly allowed the brand to own the experience.

The result was a video-based campaign (designed for social) that was self-aware to its very core and poked at fun at nearly every company's desperate attempt to relate to this segment.

In each video we promoted a new and ridiculous (satirical) feature within the app. Using the voice of a millennial, each scenario presented as credible ad copy parodied a "key feature" in action (e.g. Money Rabbit as an on-demand service, Bank BNB as a hospitality trend, and Account Match to play off of the current 'swipe' obsession), only later revealing the feature as false.

We turned our content into social posts, cut-downs and immersive Facebook ad units that matched what we know about this target's content consumption behaviors — using our proprietary expertise to serve the campaign to the exact audience that BMO wanted to reach, at scale.

We leveraged Onion Inc's core fans with targeting extensions such as email messaging and content seeding with a never-been-done sponsorship, and created shoulder content for a hub on the BMO website that also tied into the campaign's key social content drivers.

We inserted BMO's messaging to relevant articles across our popular publishing platform that aligned with brand themes across pre-determined sites like The Onion. This ensured that we reached an engaged and desired readership throughout the campaign.

Finally, we further segmented these readers in insightful ways, based on a plethora of both third-party and first-party demographics, psychographics, and behavioral data. This ensured not only that we reached millennials, but the right millennials who were most likely to engage with the BMO Harris brand.

This campaign brilliantly gained comedic traction, but it also left the audience wondering what BMO's mobile banking actually offers, encouraging them to find out more.

We also worked with Nielsen to measure how the content performed against BMO's target audience. We used a control and exposed survey to an online panel of Millennials. Results were off the charts, showing lifts in familiarity (+4%), brand affinity (+16%), purchase intent (+14%) and recommendation intent (+13%). We believe this shows that this combination of comedy and social content is right for this audience.

As the above results indicate, this campaign not only drove consideration for the BMO Harris app, but increased key brand metrics across the board. Most importantly, this campaign capitalized on an open space within the competitive landscape and paved the way for BMO Harris to 'own' comedy within the space. Beyond a simple foray into humor, this campaign featured quality content that wasn't watered down and truly establish a new and considered voice for the brand— building a following and setting the stage for continued success. 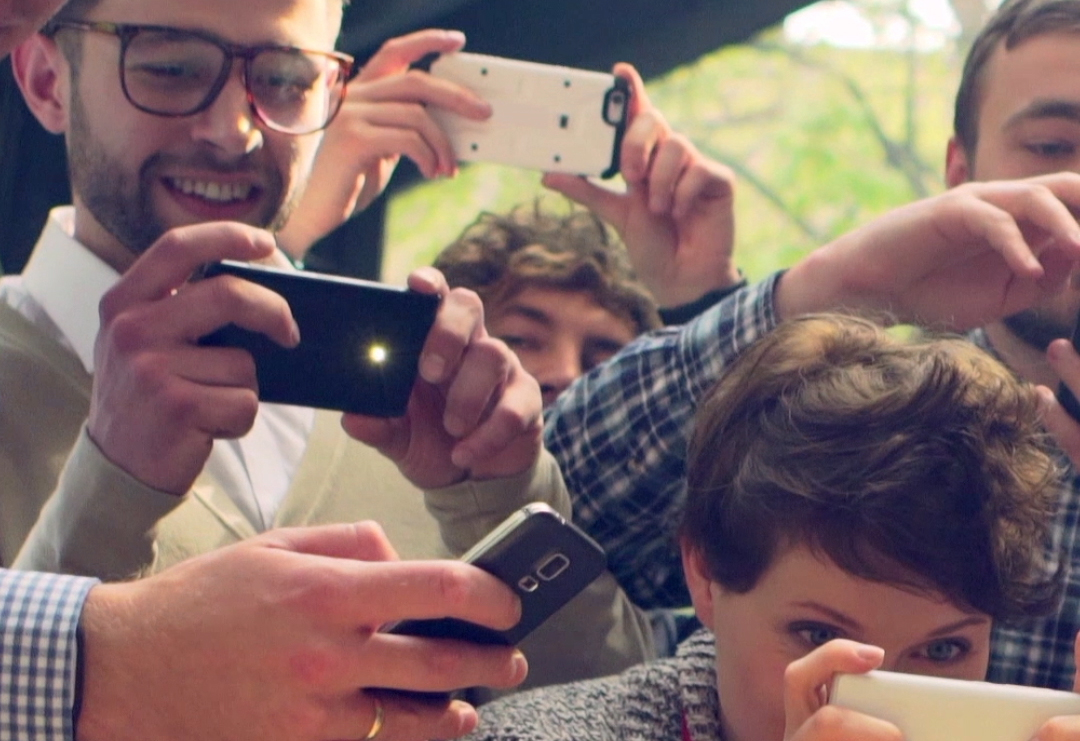 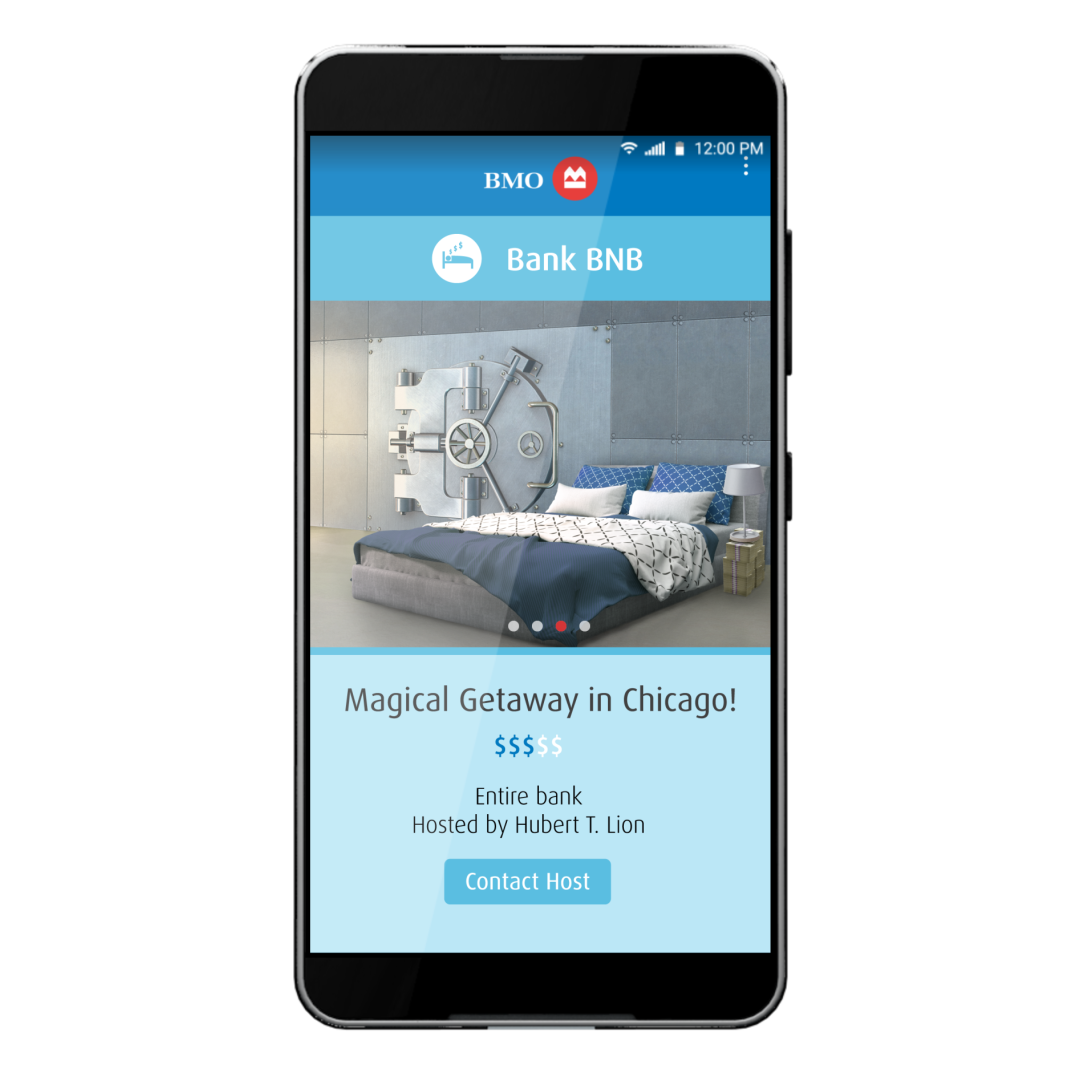