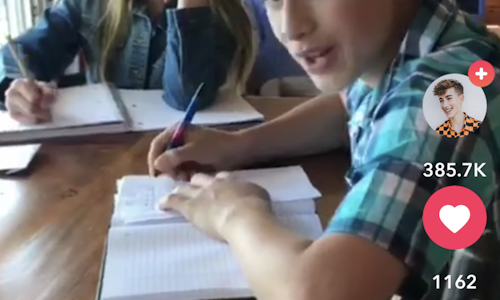 In a first of it's kind take on Back to School, Old Navy partnered with Pharrell's creative collective, I Am Other, for #ONward. A group of amazing teachers from around the country collaborated with I Am Other to produce original songs to get kids ready for the new school year in style. In order to celebrate, Old Navy and PHD partnered with Collab to activate 17 influencers to create videos featuring Old Navy's new original music.

With original music driving the campaign, Collab leveraged their expertise and talent pool in the world of Musical.ly to create the perfect match. Collab implemented the songs into the Musical.ly platform, allowing creators all over the world to have access to these brand new tracks.

Old Navy opened their doors to creators with exclusive credits to outfit themselves in their favorite pieces from Old Navy's Back to School collection.

While in full Old Navy wardrobe, these influencers each created a musical.ly video featuring one of Old Navy's four original songs, "Fashion Computation," "Onward," "Strut," and "Welcome Back." These videos were released over the span of a week under #ONward living primarily on musical.ly, with additional amplification on Instagram. By jamming to Old Navy's new music, the influencers encouraged fans to join the #ONward challenge by sharing videos of their own. Fans who posted a musically with an Old Navy original were entered for a chance to win an Old Navy gift card for their Back to School look, generating an awesome and engaging campaign that took Back to School swag to whole new levels.

Reaching a combined 40M+ on musical.ly and Instagram, #ONward garnered more than 2M+ social engagements across both platforms and 302K+ views on Instagram. Along with the viral content created for the campaign, #ONward saw over thousands of user generated videos to Old Navy's original music on musical.ly alone.

Collab, I Am OTHER