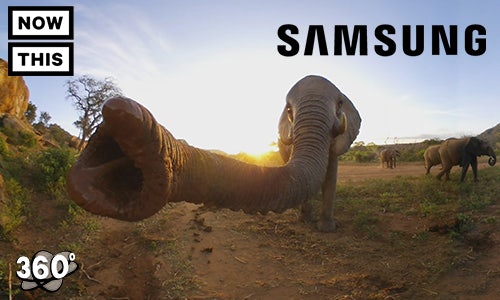 NowThis is a digital publisher with a singular mission: to tell stories that move for today's mobile generation. NowThis brings expert visual storytelling together with an authentic, trustworthy voice. With this mission in mind, NowThis has developed its own expertise in producing and distributing engaging, short-form videos on Facebook, Instagram, Snapchat, and other social platforms. Because of this ethos, NowThis is the no. 1 most-viewed social news brand in the world with more than 2.5B monthly video views— and brands continue to tap into NowThis' expertise to reach millennial audiences with social storytelling.

Samsung Mobile wanted to build a global ecosystem of 360 content created by the Gear 360 around millennial passion points. They wanted to excite, engage and educate consumers about 360 by demonstrating the Gear 360's USPs in a way that made consumers consider purchasing it, and emphasized the accessibility of 360 photos and videos.Their main KPIs were awareness and education.

We aimed to transport our audience to distant places while making them feel intimate and accessible all through Samsung's Gear 360 camera, which fits within the palm of your hand. NowThis took Samsung's Gear 360 to 5 continents and over 20 countries in just four months. We wanted our audience to not only learn about Samsung's new 360-degree camera, but also provide them with engaging content that sparked curiosity and encouraged them to "look around!" We opted for a fully social campaign to reach our audience where they consume content most.

The NowThis x Samsung Gear 360 campaign launched in June 2017 and consists of 23 360-degree videos that transport audiences across Facebook, YouTube, Instagram and Twitter across the globe, immersing viewers in distant places and unique experiences like gondola riding in Venice, Italy; sleighing through Santa's Village in Finland; and exploring a baby elephant orphanage in Kenya -- all through Samsung's Gear 360 camera.

This was one of the first-ever branded content 360-degree campaigns to live exclusively on social (across Facebook, Instagram, Twitter and YouTube). With Facebook only recently having unveiled their 360-degree capabilities, we relied heavily on unique creative and once in a lifetime access to rare places throughout the world. We didn't know how our audience would react or engage with branded 360-degree content, but we have seen incredible engagement and just about 0% negative sentiment.

Since our campaign launched in June 2017-- and with just 23 360-degree videos -- our branded content has seen the following success:

NowThis became the #1 most-viewed 360-degree video publisher in all of 2017 (with just 6% of the amount of content and more than double the video views than the #2 publisher (Source: Tubular).

- 18 videos have been featured on Youtube's Best of VR Portal 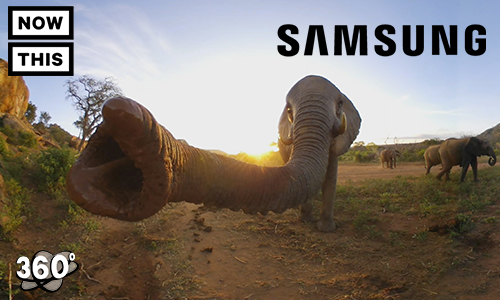 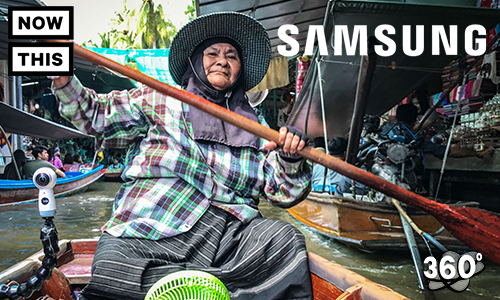 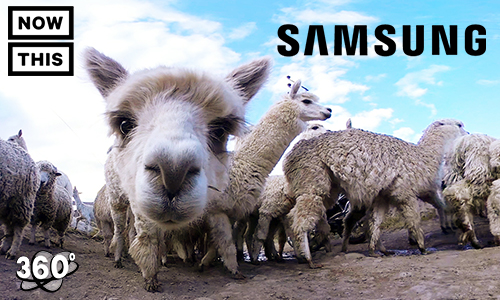 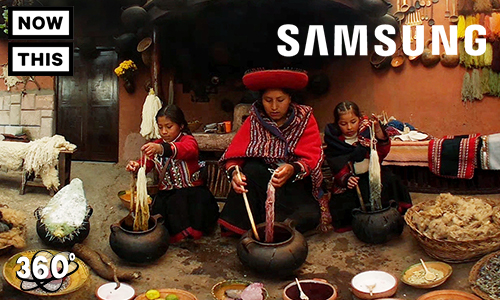