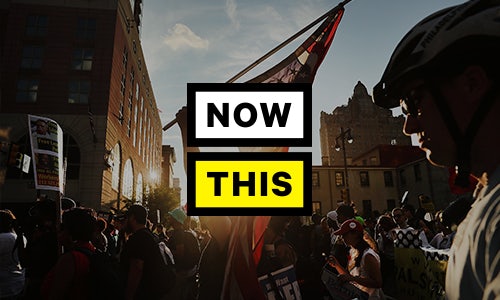 NowThis' objective on Facebook in 2017 was to develop and evolve the unique presence that it had built over the previous four years.

NowThis was the first publisher to consistently pursue a strategy of engaging millennials on the platforms that they spend their time. And the brand was particularly successful with executing this approach on Facebook.

By 2017, the quick turn video and text-on-screen format that we pioneered was being adopted by many digital publishers. So our goal was to deepen and develop the approach that had made us so initially successful, and to use our megaphone to tell stories that really matter.

We wanted to move towards longer formats that would give us the opportunity to go deeper into the topics that our audience cares about — while continuing to publish the daily quicker turns that made our name.

In 2017, we launched four new channels on Facebook - Food, Money, Sports and Her - with the goal of broadening our audience and deepening our relationship with that audience. We wanted to tell the stories we know matter to our demographic across a wider range of topics.

As Facebook moved toward longer-form videos, we deepened our storytelling capabilities to make more 90 second videos than ever before. We published over 5,000 videos of that length in 2017 compared to just over 1,000 in 2016.

NowThis adapted quickly to the launch of Facebook's new Watch platform -- and was selected as an official launch partner. We're proud to have the Watch page with the most followers of any in the news category, Who Is? This series, which examines people close to President Trump, is both journalistically rigorous and entertaining. It features innovative use of graphics and archive and is voiced-over by high-profile celebrities - and our audience came and stayed for it in their millions. Another key Watch show, NowThis Reports, examined subjects from gun violence to the opioid crisis to immigration, all of which continued to get strong numbers and build watch time.

We also covered more events from on-the-ground then ever before, including marches on Washington for both Trump supporters and juggalos, and protests in St. Louis. It was great to see that this original journalism resonated with our Facebook audience at scale too. Our content wasn't just longer, it was more original, and that helped us to stand out in the increasingly crowded Facebook newsfeed.

The news cycle continued to be serious in 2017 - and NowThis responded not by retreating from this challenge, but by confronting it head on. And we were able to take our massive millennial audience along with us on this journey.

At the end of 2017, NowThis claimed the title as the no. 1 social news publisher in the world, no. 1 news brand on Facebook and no. 1 politics brand on Facebook (Tubular Labs, Dec 2017). Our content amassed a whopping 17 billion views on Facebook alone in 2017. We also had 326 million social engagements, across 21.6K uploads.

Our three newest channels - Money, Food and Sports - all of which launched in late 2017, had 125 million views across them in the month of December alone.

Even in an increasingly crowded market, NowThis was able to essentially double its Facebook fan base across its many verticals. At the start of 2017, we had 16M fans across our channels and by the end of the year we nearly doubled to 30M.

In January 2018, NowThis reached 65% all people 18-34 in the United States, with the primary driver for this being Facebook (Source: Nielsen Digital Content Ratings, Jan. 2018). 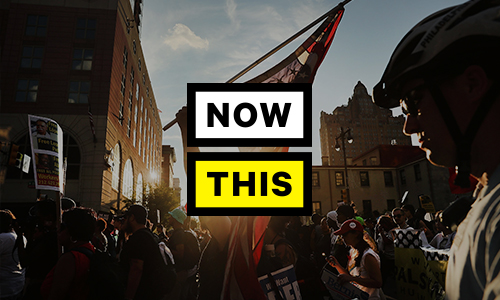