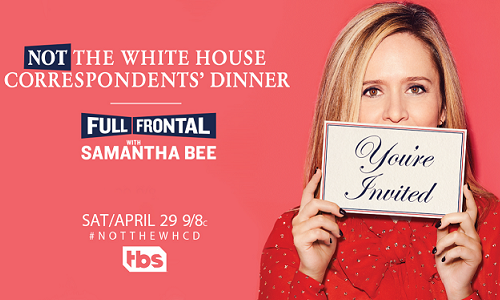 Not The White House Correspondents Dinner

The President spurned his first DC 'Nerd Prom' aka the 2017 White House Correspondents Dinner (maybe 2011's beat-down is still too painful?), and so did we. On April 29th, Full Frontal and TBS held Not the White House Correspondents' Dinner: A party to celebrate the free press, while we still have one. This year's alternative event, taped live, then telecast on TBS that evening, answered the Beltway's question, "what if we actually honored the free press and gave the finger to those who would try to diminish it?" Samantha Bee and the Full Frontal team transmuted the President's long-announced rejection of the Correspondents Dinner into a powerful entertainment and media event. Not The White House Correspondents' Dinner shook up a Washington tradition and created massive social engagement and media attention.

NTWHCD campaign (DC wonks love acronyms) included on-air spots, OOH media, social and digital media, all tagged for real time responses with #NotTheWHCD during the series of live events on April 29th. We were the first entertainment property to live-stream a preshow and simulcast the event on Twitter. The live stream included a red carpet live show with Full Frontal's correspondents set on an integrated Twitter Wall. The after party included a photo booth where fans could "drunk dial" their legislators to bring up important causes.

Thanks to the uncensored encore Twitter stream of the special, viewers saw and heard all those curses and fingers. Twitter also served as a hub for exclusive content from the event, including an hour-long red carpet special hosted by Full Frontal's team of correspondents. All proceeds from the dinner were donated to the Committee to Protect Journalists, raising $200,000 for the cause.

Video for Not The White House Correspondents Dinner 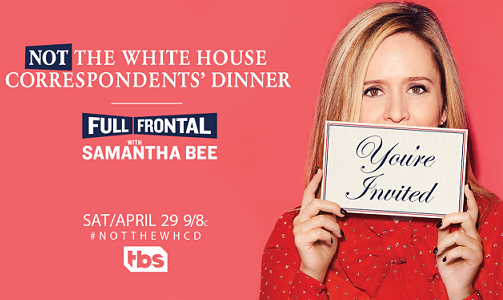