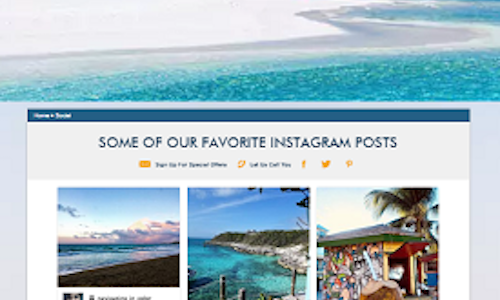 Three Category 4 hurricanes battered The Caribbean and Gulf regions in the second half of 2017. Hurricanes Irma and Maria greatly affected the Eastern Caribbean; including the ports our guests have enjoyed visiting for more than half a century. Norwegian came to the aid of these communities in The Caribbean via fundraising and other relief efforts. Many of our itineraries had to be altered to areas that were not impacted by the Hurricane. We wanted to increase awareness regarding these other ports and encourage guests to keep cruising. In turn, we created a Caribbean-focused social media campaign, known as #ForTheLoveOfTheCaribbean. Our goal was to highlight and increase awareness regarding ports in The Caribbean that had not been impacted by the Hurricanes & encourage cruising.

In order to maximize the effectiveness of the campaign, we implemented multiple strategies, such as:

As a result of these efforts, #ForTheLoveOfTheCaribbean drove +62% more visits to NCL.com through our social media channels during the first week of the launch vs. the same week in 2016. 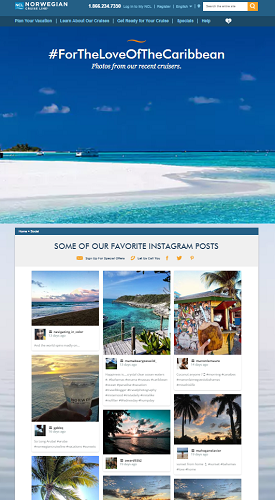 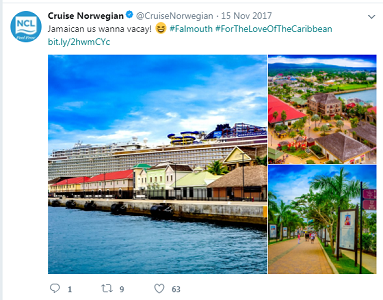 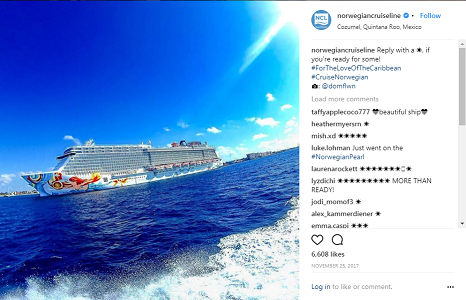 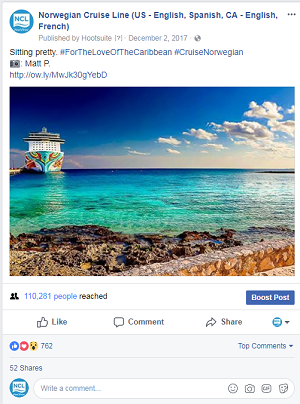 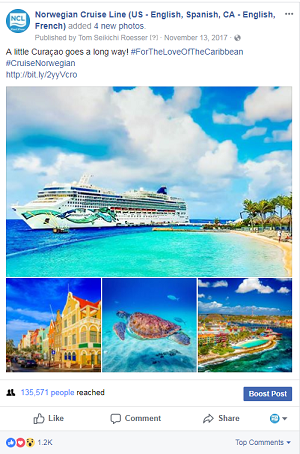