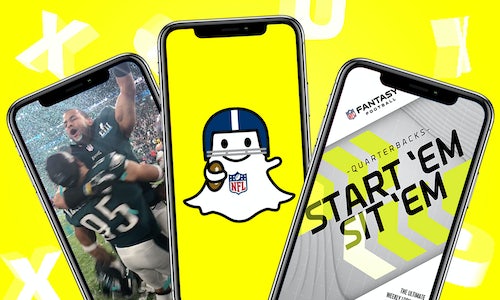 The NFL On Snapchat

The NFL's partnership with Snapchat was developed to bring the world's most popular sports league to one of the leading mobile storytelling platforms. With millions of young football fans already interacting with Snapchat on a daily basis, bringing our unique, engaging, and interactive content to the platform for this highly sought after group to consume made perfect sense.

Nielsen's 2016 Year in Sports Media Report states, "The NFL owns Sundays on both television and social media. In fact, from September to November, 43% of weekly activity (related to TV programs) on Facebook and 33% on Twitter occurred on Sunday. Much of this social media activity can be attributed to NFL games". As one of the leading platforms for millennials, Snapchat was the perfect place to bring football to our younger fan base.

The NFL's goal this season was to create unique content that would specifically engage our social-oriented fans, while utilizing every aspect of Snapchat to its fullest extent. We aimed to provide high-quality content tailored to different aspects of the platform, including the official NFL story, the NFL Snapchat Discover Channel, NFL Live Stories, custom NFL geofilters, and two original NFL Snapchat shows.

NFL Official Snapchat Story – The NFL utilized its official Snapchat handle to provide viewers with unparalleled access to NFL games, players, and events. Most often, fans clicking into our story were greeted with exclusive, behind-the-scenes game content such as their favorite team huddling in the tunnel or up-close video of star players warming up. During games, fans were treated to a unique perspective– a side-line view of the in-game action, allowing viewers to feel like they are in the end zone for their favorite players' biggest moments. Finally, Snapchat viewers could feel like they were on the field, celebrating with the winning team after the game. We were able to capture this exclusive content and incredible access by sending members of the NFL Social team to cover primetime games for Snapchat and utilizing Live Content Correspondents at each stadium to help capture content as well. On non-gamedays, our Snapchat was home to player takeovers and behind-the-scenes action at NFL events such as the Combine, Draft, NFL Honors, and the Pro Bowl.

NFL Snapchat Discover Channel – The NFL was the first sports league to receive its own Snapchat Discover Channel. Since then, our channel has given hundreds of millions of fans around the globe the latest headlines and hot topics, trends and inside access videos, uniquely programmed for NFL fans on Snapchat. Each piece of content is selected specifically for our audience, and the storytelling, design, and animations are crafted to provide fans with the best experience on the platform.

NFL Live Stories – This season, Snapchat Live Stories were produced for every NFL game during the season, including the Pro Bowl, the Super Bowl, and other major NFL events. By combining broadcast game footage, behind-the-scenes content from the NFL's official story, unique content from team and player stories, and reaction footage from fan stories, each live story provided fans with a unique collection of content and perspectives to best cover the narrative of each game.

NFL Snapchat Shows – The NFL premiered two highly-produced shows on Snapchat this season. First, the "Deshaun Watson – One Shot" series was reimagined as a weekly original series for the platform. The show followed rookie Deshaun Watson's journey to the NFL, from his combine experience to his pro day at Clemson, and culminating with his time in Philly at and at the NFL Draft. The second show the NFL premiered on Snapchat was "Football Town". The show, executively produced by Cam Newton, was available for 48 hours in Snapchat's "Discover" section every Tuesday for six consecutive weeks.

NFL Geofilters – Finally, the NFL and Snapchat collaborated on custom Geofilters for all 32 NFL clubs. Snapchat users at NFL stadiums, practice facilities, and other select venues were able to apply these team-specific, location-based art overlays to their Snaps when sharing their fandom with friends. Some filters were even able to update in real-time with the current score of the game.

Video for The NFL On Snapchat 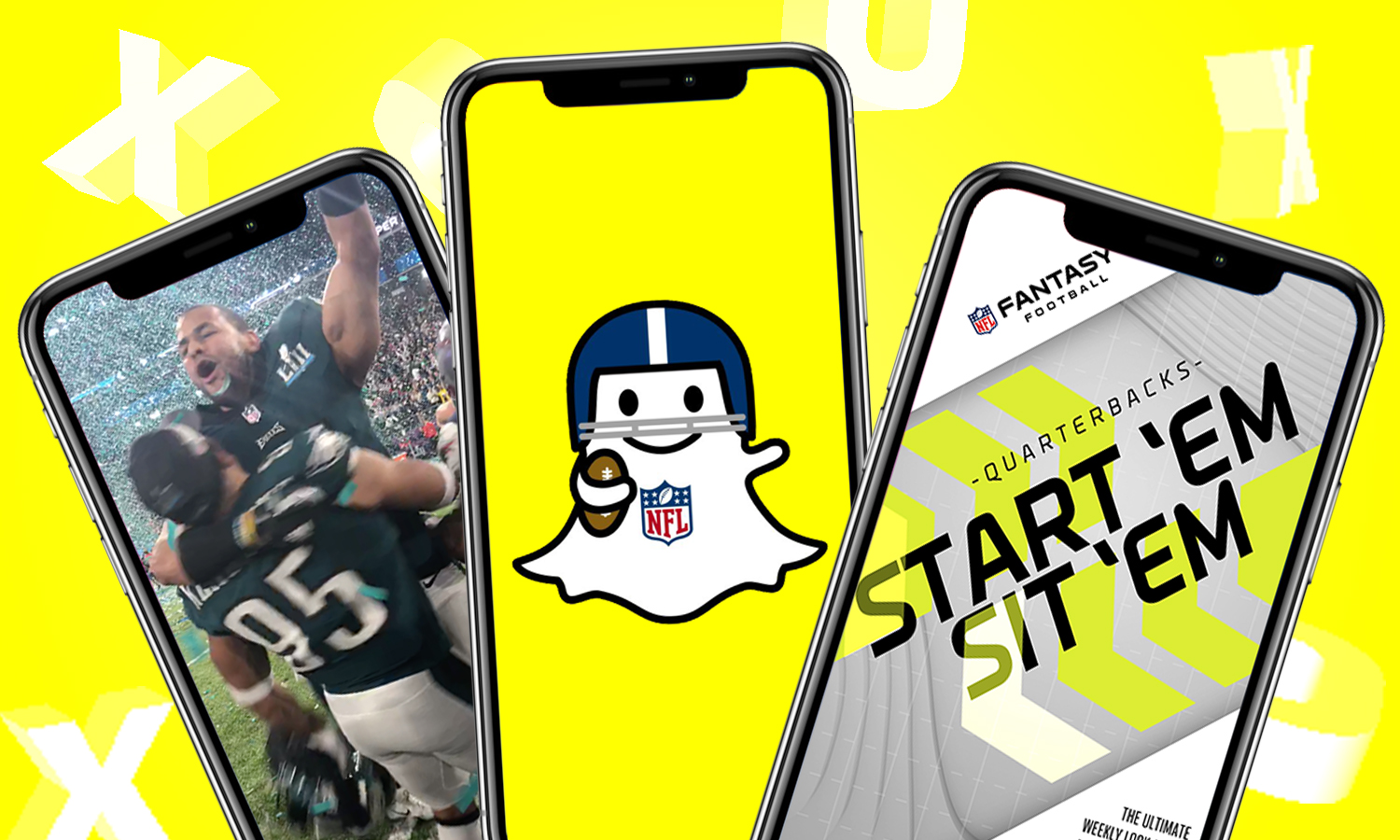