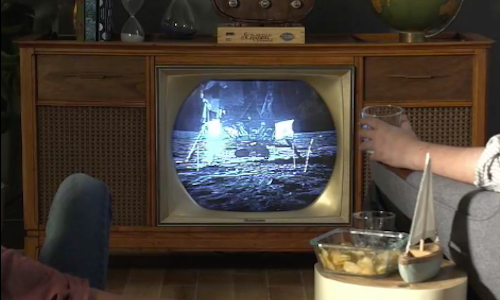 One of NBC Left Field's overall goals is to be an experimental hub for style, treatment and audience engagement for NBC News. It was with NBC Left Field's continued experimental mission that we invited Facebook Live viewers into our 1960s living room to watch a "real-time" screening of the Apollo 11 moon landing—on its 48th anniversary. In a world where most shared experiences around news are ones of horror and tragedy, we wanted to harken back to an event that was a moment of shared excitement, tension, anticipation, and relief and recreate this experience on a new platform.

Time was of the essence, we had one day to put this together and it HAD to be live at exactly 4:01pm, the day the original launch happened. The only item we had in our possession was an old television. We needed to get the props and furniture, the moon landing footage, the live streaming equipment and two people willing to sit on-camera for three hours and watch the event. We begged and borrowed from neighboring offices and businesses for the props and chairs, downloaded the raw Apollo 11 footage from NASA, hacked a way to get the video into that old TV and the audio directly into our live streaming setup and found two "actors".

297,000 video views, 3,400 shares, 1,500 likes/reactions and 1,000 comments. The numbers are especially impressive when you realize that we had only launched the NBC Left Field social media accounts 40 days earlier. While, yes, some of the comments were from people who said that they thought the moon landing was a hoax, many of the comments were from people who were watching along with us and sharing memories of when they watched the moon landing with their families. (If you're looking for the "One small step for man…" it's at 2:33.) 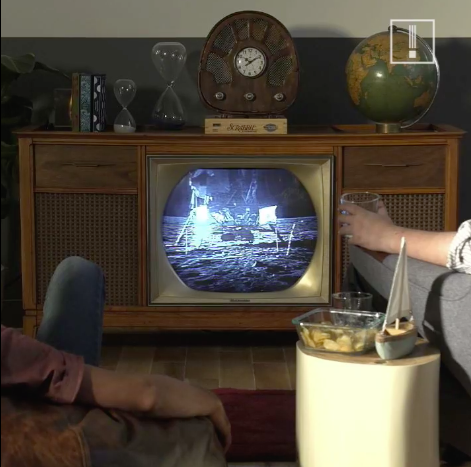