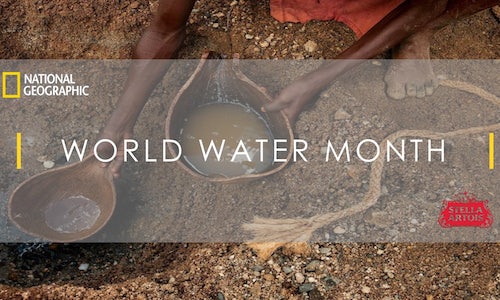 Water is a fundamental human need, yet 663 million people around the world today live without access to safe water. This problem disproportionately affects women and children, who spend millions of hours a day collecting water rather than working, caring for family, or attending school.

Stella Artois and National Geographic collaborated to extend the impact of their "Buy A Lady A Drink" campaign where, for every Limited-Edition Chalice sold, Stella Artois helps water.org provide five years of clean water for one person in the developing world.

The goal of the program was to extend the impact of World Water Day (March 22, 2017), and for that reason National Geographic declared March World Water Month to spark global awareness, advocacy and conversation about global water shortages.

Stella Artois and National Geographic designed a social-first 360 campaign that educated, inspired, and empowered consumers to take action. Here's how they did it:

National Geographic and Stella Artois centered the campaign around World Water Month, seizing the opportunity to contribute to a global conversation at a time when people were already paying attention.

Also on World Water Day, Stella Artois and National Geographic announced "Our Dream of Water," a documentary by Crystal Moselle, highlighting the effects of the global water crisis and illuminating the lives of women across Haiti, Peru and Kenya and their daily struggle to find clean, safe water. The hour-long documentary premiered on National Geographic Channel.

Connected to the Cause

Throughout communications, the call to action of "Buy a Lady a Drink" was integrated. This provided consumers an opportunity to create tangible impact with their purchase. For every Limited-Edition Chalice sold, Stella Artois helps water.org provide five years of clean water for one person in the developing world.

National Geographic extended the reach and impact of the long-form documentary, by creating three mini-documentaries for digital distribution in the organization's Short Film Showcase and global social channels. The three mini-documentaries were: 1) "Amid a Water Crisis, These Women Are Banding Together in Kenya" 2) "Denied Access to Clean Water, Women Fight for Change in Peru" 3) "Haiti's Water Crisis: One Woman Shares Her Story of Perseverance."

Activated Across all Platforms

The Stella Artois and National Geographic partnership garnered more than 200MM impressions, more than half of which were from social media. Together, National Geographic and Stella Artois sparked a global conversation and encouraged personal action through the "Buy A Lady A Drink" campaign. Through the distribution of eye-opening statistics and by spotlighting personal stories, the global water issue was made tangible and urgent to the everyday consumer. Overall, the 2017 Stella Artois and MediaCom "Buy a Lady a Drink" campaign helped more than half a million people in the developing world gain access to clean and sustainable drinking water (through U.S. Chalice sales, trade contribution, and U.S. contribution to global contract). 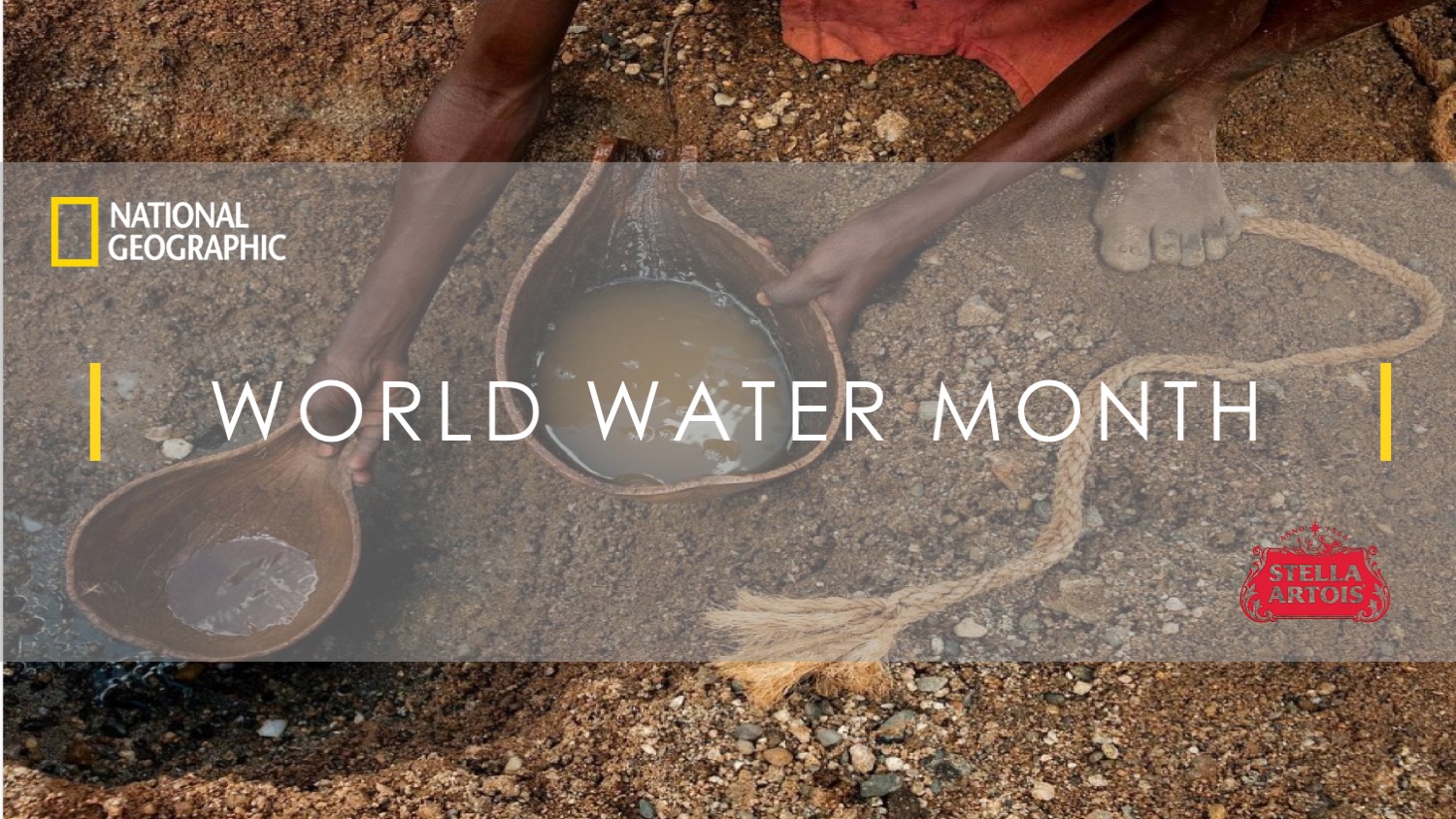