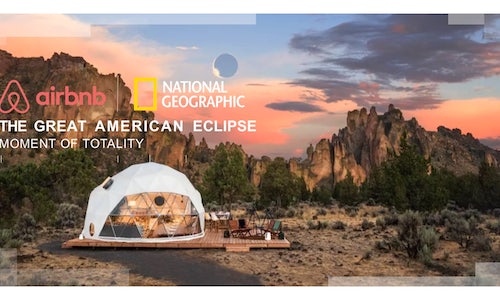 As millions geared up for the solar eclipse to cross the U.S., National Geographic aimed to leverage the company's expertise in science and live storytelling to create a majestic, experiential, multi-platform program to captured global attention around the rare natural phenomenon. By pairing key talent with the power of live streaming and social-storytelling, the goal was to positively impact viewers around the globe by providing much-needed context to what was happening in the sky.

National Geographic capitalized on a historic moment in time to engage the global community in the Great American Eclipse by offering a full day of coverage, live commentary from science experts on the ground and stunning visuals to help people witness this remarkable event. Here's how they did it:

Providing a One-Stop-Shop for Experiencing the Eclipse

National Geographic created a number of original resources to enhance viewers' experiences and convey the extraordinary nature of this event, including a solar eclipse hub, a 101 video explainer, and a detailed map of the path of totality across the U.S. and more.

National Geographic teamed up with Airbnb to create a live coast-to-coast experience of the eclipse starting the night before the event where two National Geographic Explorers hosted a live digital broadcast from an Airbnb Geodesic Dome in Terrebonne, Oregon. Internationally recognized scholar and astrophysicist, Dr. Jedidah Isler, and acclaimed National Geographic photographer and science journalist, Babak Tafreshi, together discussed the science behind the eclipse and answered viewers' questions in anticipation of the next day's historic event.

Live Stream Across the Path of Totality

The live coverage continued as the total solar eclipse made its path across the U.S. The organization created a special "Live from the Eclipse" live stream which was broadcast over Facebook Live, Twitter via Periscope, and on YouTube and Instagram beginning at 10 p.m. EST/7 p.m. PST on August 20th and 9:30 a.m. PT/12:30 p.m. ET on August 21st. In the livestream, viewers heard from National Geographic experts stationed along the path of totality, saw stunning photos, and were among the first to see the eclipse as it reached the continental U.S. Hosting the broadcast was award-winning science communicator, journalist and podcaster Cara Santa Maria. She was joined by Former Commander of the International Space Station and National Geographic author Terry Virts. Viewers had the opportunity to have their questions answered during the live broadcast by using #NatGeoEclipse.

A Partnership That Broke Through

National Geographic partnered with Airbnb to create a personal and once-in-a-lifetime experience for two lucky "Night At..." contest winners, who won a special night under the stars in a custom-built Geodesic dome in the outskirts of Bend, Oregon. The winners took flight on the morning of August 21 in a private jet that allowed them to see the eclipse from the very beginning of its Path of Totality over the Pacific Ocean. Winners were accompanied by National Geographic experts, Dr. Jedidah Isler and and Babak Tafreshi, every step of the way. Those who couldn't experience this first-hand could follow along on National Geographic's social accounts.

The campaign was largely covered in national media (2.4B readership across outlets and 4M+ coverage views across outlets), and the eclipse live stream, featured on YouTube's homepage, generated 3.5MM+ views—the highest viewership National Geographic has ever seen.

In addition to metrics, National Geographic was able to create a partnership that broke through the cluttered media landscape by combining the brand's epic storytelling approach with the intimate and personal ethos of Airbnb. They were able to provide added credibility by pairing talent -- an astrophysicist, a night sky photographer, an astronaut, and a science correspondent -- with the National Geographic storytelling experience. 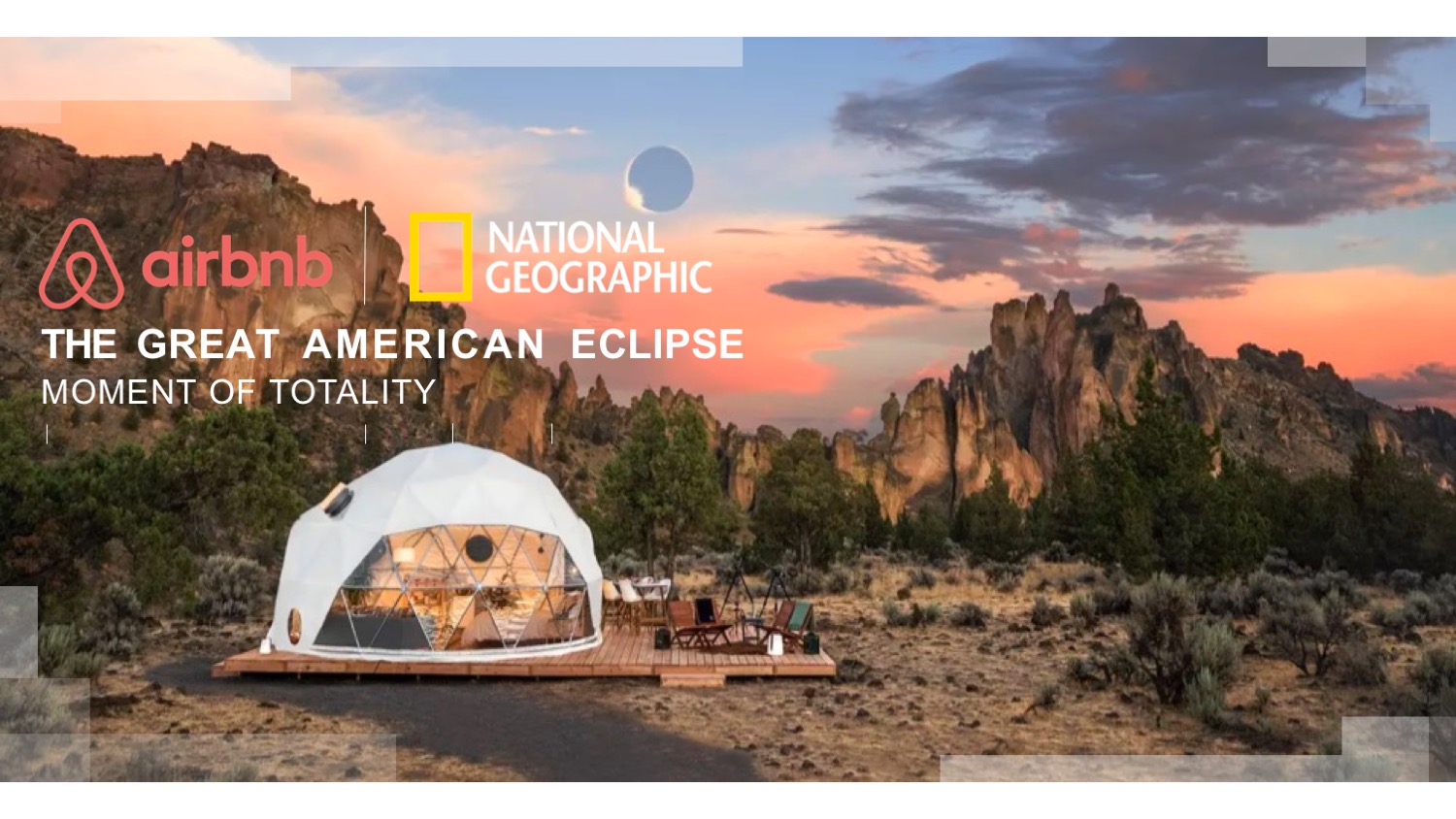