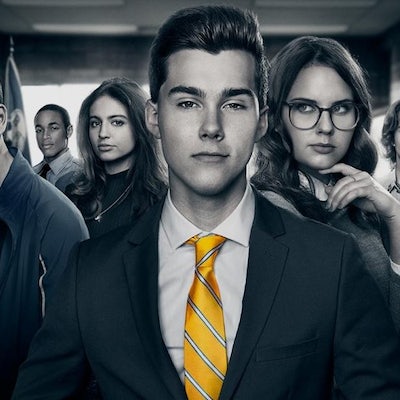 This is politics as unusual as you’ve ever seen it. While most people write off school elections as mere popularity contests, Mr. Student Body President shows what happens when that position is held by someone who cares—maybe a little too much. Played by Jeremy Shada, student body president Tyler Prendergast and his cabinet members do anything and everything they can to maintain power over the students and faculty of Berenger High. Streaming on go90, season 2 of the political satire launched late in 2017, picking up right where the cliffhanger finale of season 1 left off: mid-scandal. Anything that can go wrong usually does go wrong in this hilarious world, as Tyler is forced to exert his calculating influence to keep the peace (and his position) at school.