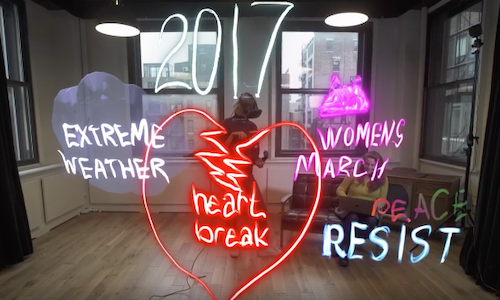 The primary goal of NBC Left Field is to be an experimental hub for style and audience engagement for NBC News. To help fulfill this mission, we recently developed a camera rig that blends VR signals and traditional video in real-time. We used this for a story on how individuals express outrage on social media. The story was in two parts: a feature that tasked a journalist with drawing in mixed reality atop a building in NYC and through a Facebook Live that asked viewers to submit words they associated with 2017— these were drawn in mixed reality in real-time!

We first tested the system with a feature video on expressing rage on social media and how that makes users 'feel.' In the video, the journalist wrote words in midair with the mixed reality device to illustrate the narration. Next, we took to Facebook (Live) to ask viewers for words that they thought described 2017. Then, the 'host' wrote those words in midair, LIVE! The video, which was watched by more than 100K viewers with hundreds of suggestions was a hit and the NBC Left Field team now plans to do these each month.

The feature video was featured across the NBC News and NBC Left Field websites. It appeared on Facebook and YouTube, where it received more than 100,000 views. The Facebook Live received 230 suggestions for our 2017 mixed reality room project. 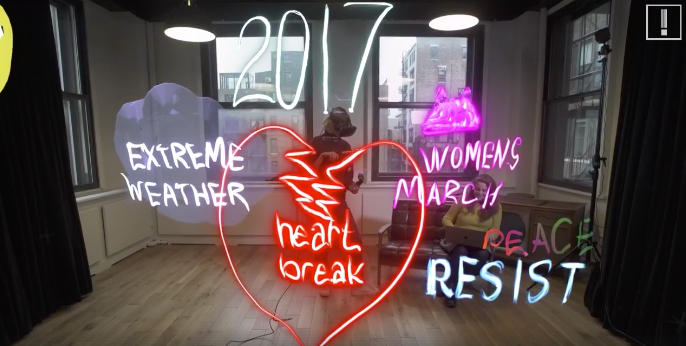