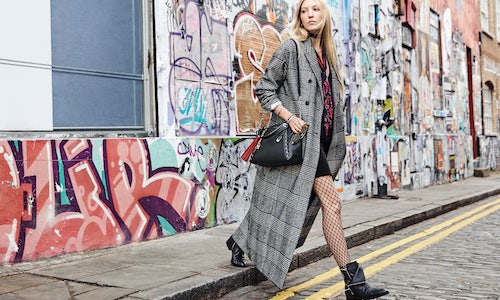 Michael Kors The Walk is a 360-degree street-style campaign featuring new talent and style personalities every season. The goal was to reach a new fanbase through a diverse group of talent and shine a spotlight on key handbag styles. The digitally-led, shoppable campaign created an engaging narrative and encouraged customer participation by asking fans to "show us your walk" to get "#SidewalkSpotted," tapping into the popular social media trend of street-style photography. The campaign was shot by renowned street-style photographer Tommy Ton.

Launched in the Fall of 2016, Michael Kors The Walk highlights individuality by allowing each campaign star/influencer to style themselves and pair their look with a key handbag style before hitting the streets. Past campaign stars include Solange Knowles, Nina Agdal, Soo Joo Park, Sofia Richie and Simi & Haze Khadra. This year (2017), the brand released two Michael Kors The Walk campaigns: Spring/Summer 2017, captured on the sunny streets of Los Angeles, and Fall 2017, shot in the London neighborhood of Shoreditch.

Our Michael Kors The Walk campaign is rooted in an online, digital experience that serves as the campaign hub. On this hub, (www.MichaelKors.com/TheWalk) fans can watch the campaign videos, learn more about each talent and explore street style-centric User-Generated Content (UGC). The UGC content, which encouraged customers to share street-style photos of themselves wearing Michael Kors with the hashtag #SidewalkSpotted, allowed two-way engagement between the brand and its followers. Select user posts were featured on MichaelKors.com and made shoppable by Michael Kors.

The campaign was concepted and shot with social in mind, and the output was a master video (featuring all talent), individual influencer videos and stills – allowing the brand to tell a variety of stories to their global fanbase. Channels that supported the campaign included Instagram, Instagram Stories, YouTube, Facebook, Twitter, Weibo, WeChat and LINE. Each talent posted on their own social channels as well, as part of a "tease", "launch" and "sustain" strategy, introducing Michael Kors and the campaign to their audiences at different points in time throughout the season.

In the spring, the campaign starred four distinct personalities: actress and singer Hailee Steinfeld (@haileesteinfeld), actress Kelly Rohrbach (@kellyrohrbach), Japanese model Hikari Mori (@xxhikarixx) and performance artist Jillian Hervey of LION BABE (@lionbabe). Each girl was captured on the streets of Los Angeles, toting handbags from the Mercer line that featured hand-painted designs by London-based illustrator Daisy Emerson. Each illustration reflected the talent's individual personalities. That April, the retailer jetted to Tokyo, Japan for an event celebrating The Walk campaign. Two of the campaign stars, Hikari Mori and Jillian Hervey of LION BABE, were star guests. To keep The Walk top-of-mind, the brand infused newness into the campaign for the Summer season by refreshing the imagery with the addition of model Jourdan Dunn.

For the following fall, Michael Kors put the spotlight on the Sadie bag. Captured in Shoreditch, London, the campaign embodied a downtown attitude and sense of edge with its location and talent line-up. The three international trendsetters included British model Ella Richards (@ellarichardsr), American model Selah Marley (@selahmarley) and Chinese actress and Brand Ambassador Yang Mi (@yangmimimi912). This young and highly diverse super-group allowed the brand to reach new audiences and potential customers around the globe.

Activations around The Walk concluded this November in Shanghai, China, where the brand orchestrated the "Michael Kors The Walk: Shanghai" event. Party-goers were invited to film their own walk in the "Kors Walkbox," a 600-square-foot box complete with LED lighting, cameras and an AI "editor" that produced a custom film for each participant to share on their social channels. Attendees included global influencers from past iterations of The Walk, including Yang Mi, Ella Richards, Hikari Mori and Princess Olympia of Greece.

In the Fall iteration of The Walk, Michael Kors generated 105 million impressions and the campaign tracked 2.2 million views across YouTube and Facebook, demonstrating high viewership and increased brand/campaign awareness. The campaign hashtag, #SidewalkSpotted, was featured on over 1,000 Instagram posts and the call-to-action to crowd-source UGC proved successful, creating a deeper relationship between the brand and social followers. 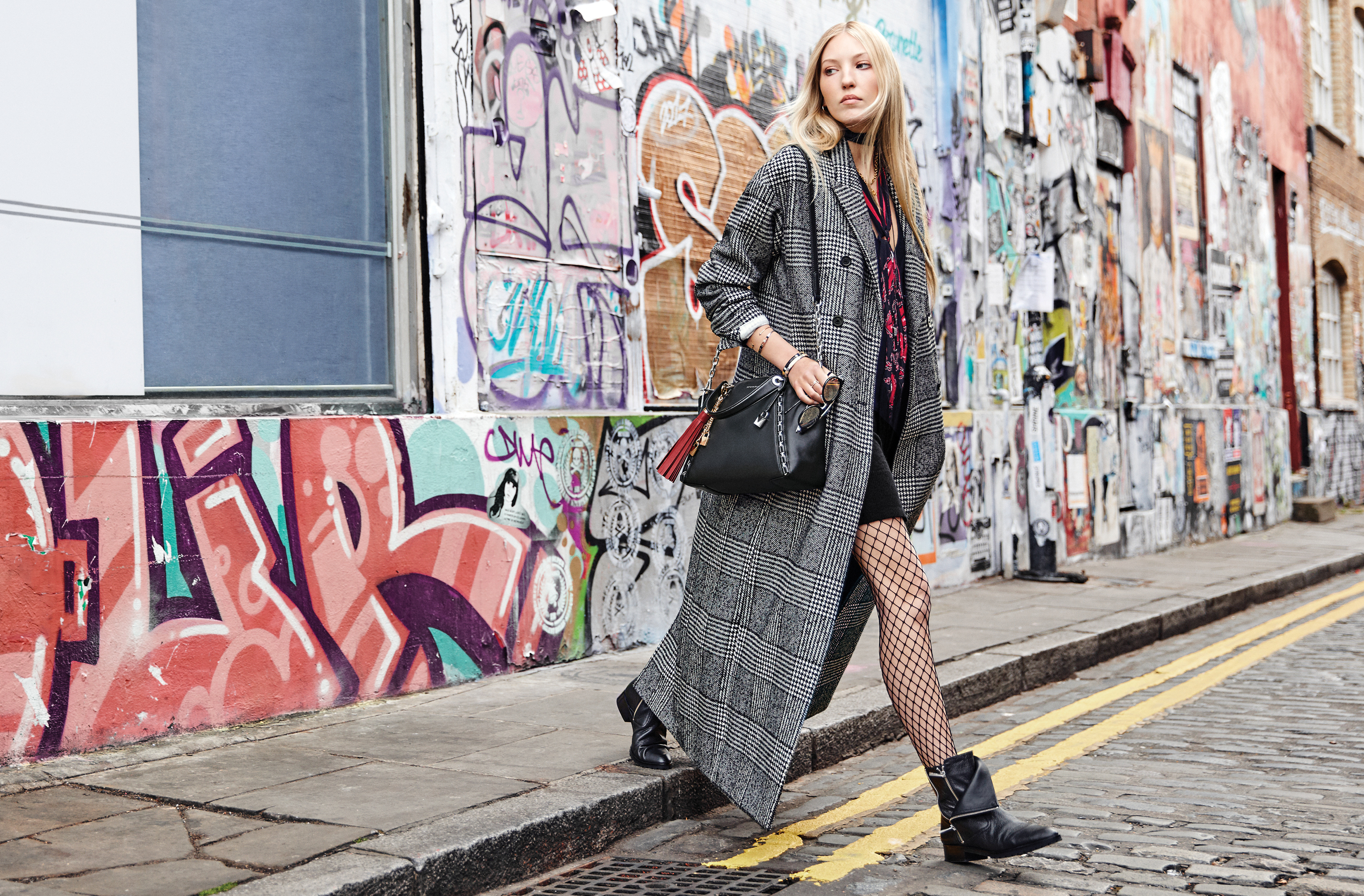 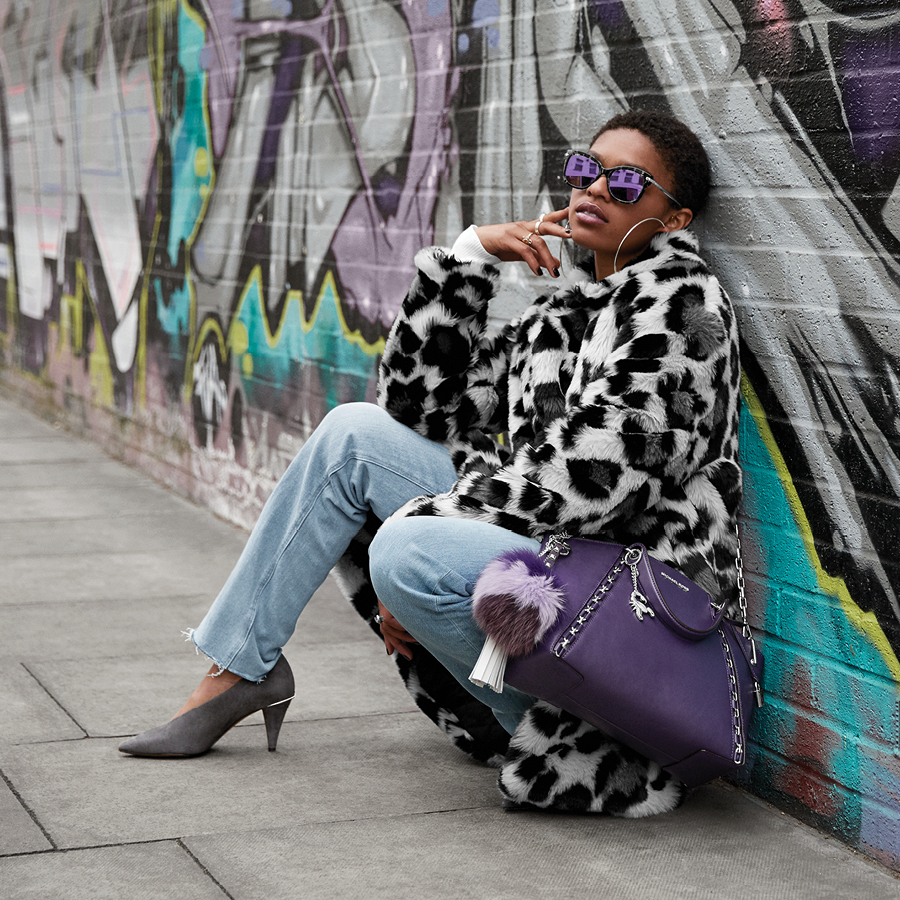 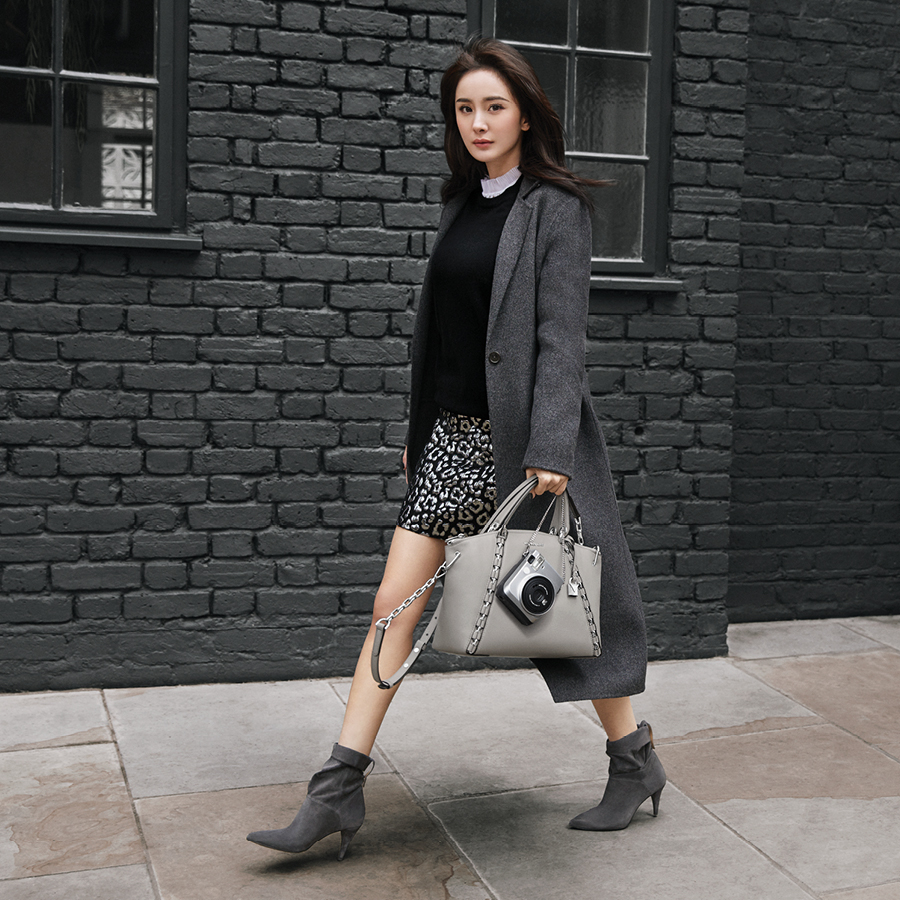 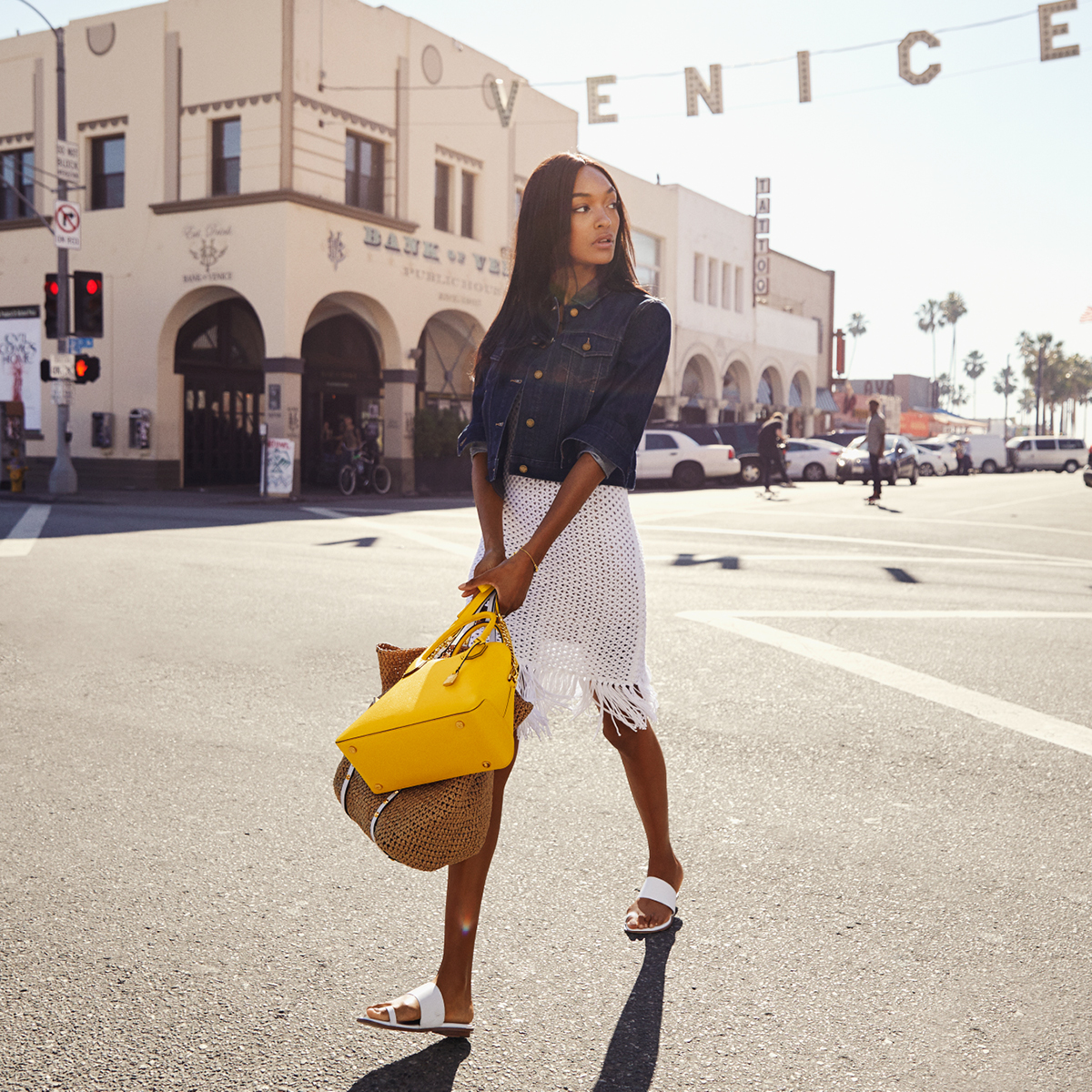 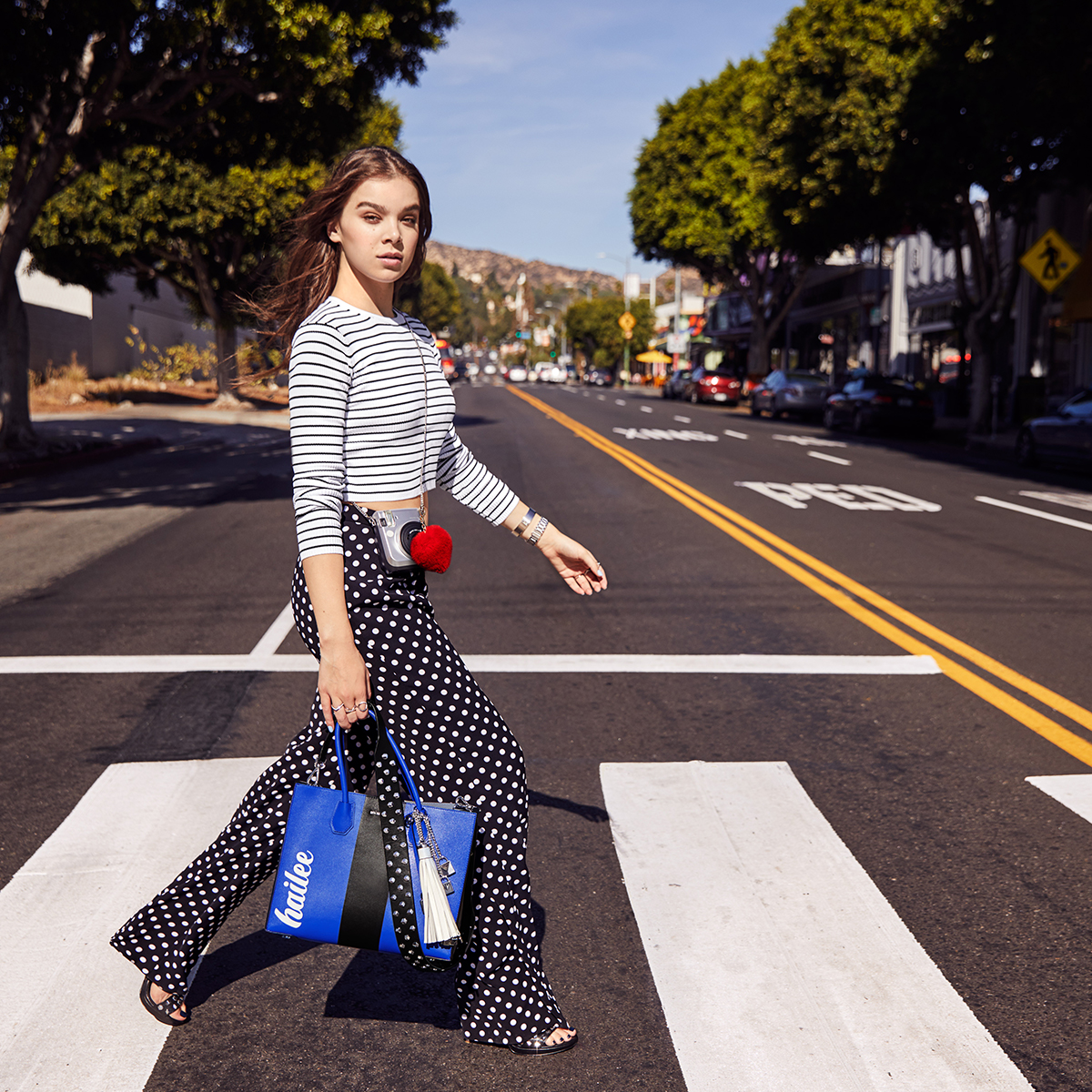 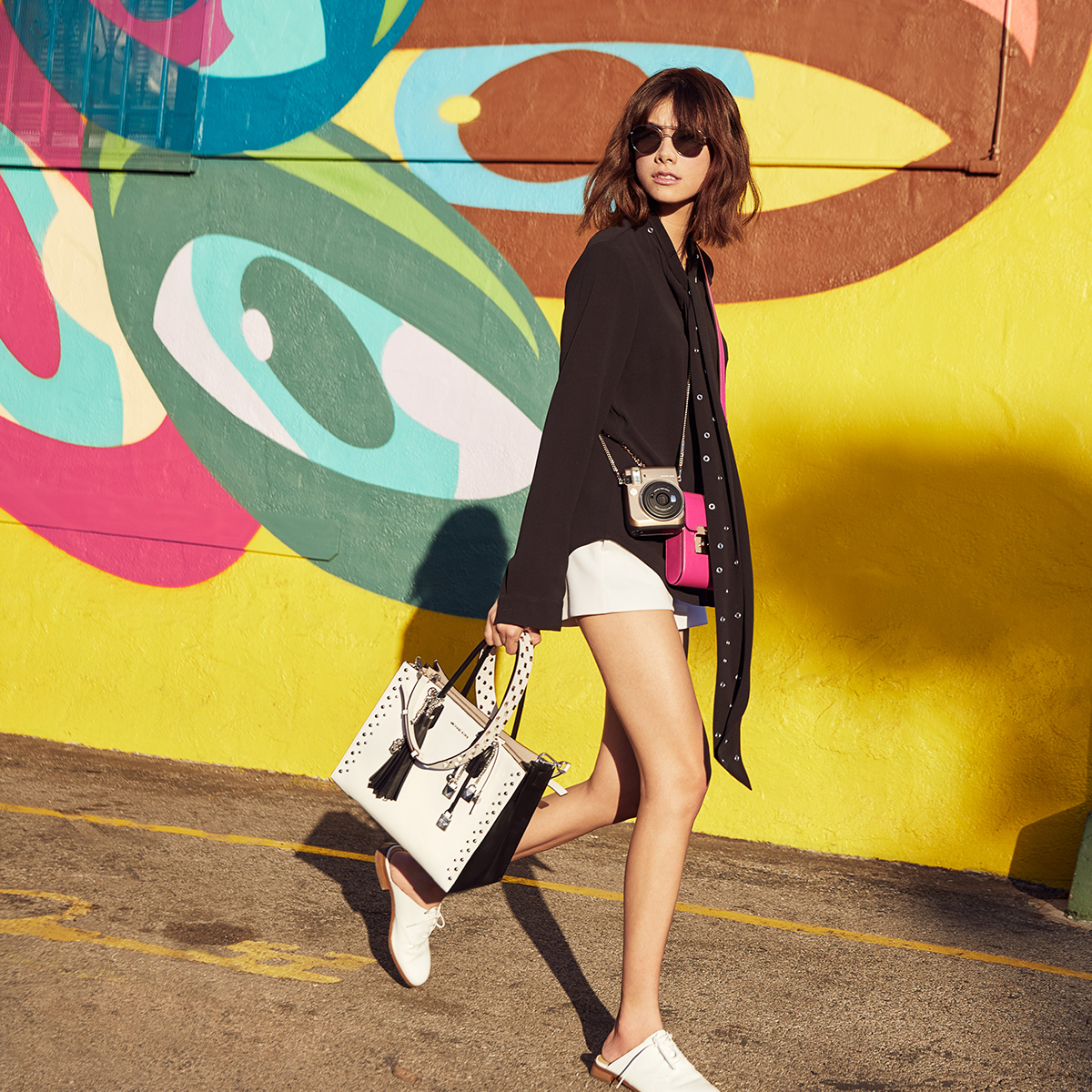