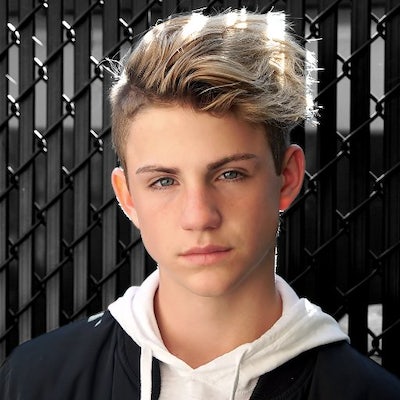 At 15 years old, Matthew Morris (aka MattyB) is already a veteran of the YouTube music scene. The blue-eyed Georgian has rapped his way to an incredible 9.3M+ YouTube subscribers. On Instagram, he looks like your average teenager, aside from the 3.2M+ followers and occasional shot of him performing live. He sent members of his #BFamily into a frenzy in April 2017 after tweeting this photo, causing his nearly 1M followers to respond with hilarious pictures of them going into hiding. It’s easy to like the smiling, good-natured star, who even said the ‘B’ in his name stands for “be who you want to be.” Watching MattyB go from a cover and remix artist to someone who releases his own music has been an incredible journey—one that’s still only getting started.