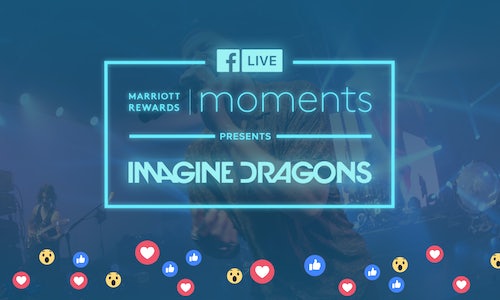 With the launch of the Marriott Rewards Moments platform, loyalty members can now redeem points on amazing curated sports, entertainment, and culinary experiences that money can't buy. Marriott Rewards sought to raise awareness of the Moments platform and increase the perception that the program gives members access to experiences they can't get anywhere else by showcasing a standout music Moment—access to an intimate Imagine Dragons concert at the Bangkok Marriott Marquis Queen's Park.

Marriott Rewards leveraged its partnership with Universal Music Group to produce a private concert in Bangkok featuring Imagine Dragons. Redeemable on the Marriott Rewards Moments platform, the Moment exemplified the unprecedented access and unforgettable experiences that only members can enjoy. The program used this Moment as a proof-point that could be scaled across social media, amplifying a live concert intended for 500 members and guests to reach millions around the world.

Using Facebook Live, Marriott Rewards allowed its members to watch the concert live from around the world. A branded lead-in video built excitement and anticipation for the event, ensuring peak audience viewership by the time Imagine Dragons took the stage in Bangkok. An onsite technical director orchestrated three camera angles and crew in real-time while an on-site livestream producer coordinated on-screen branding, lower third graphics and social engagement tactics for the duration of the show. Choreographed down to the second, the livestream featured member comments and engagement polls, interacting with the audience all in real-time. Afterward, the stream utilized paid media to continue driving views and engagements amongst Marriott Rewards members.

Deemed "one of the best livestreams we've ever seen" by Facebook, the feed saw 66K+ unique viewers tune in from around the world during the 30-minute show—the equivalent of filling Madison Square Garden three times over. 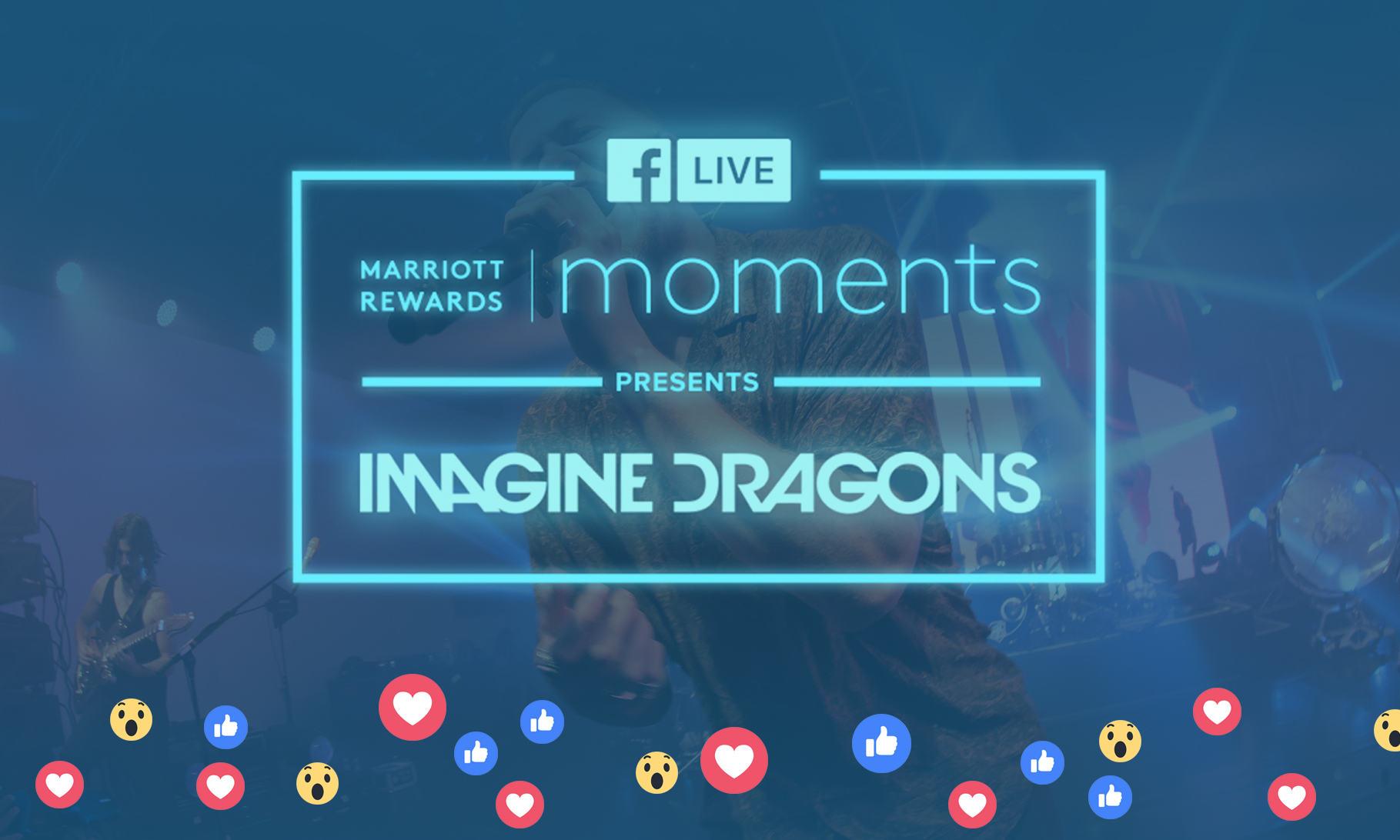