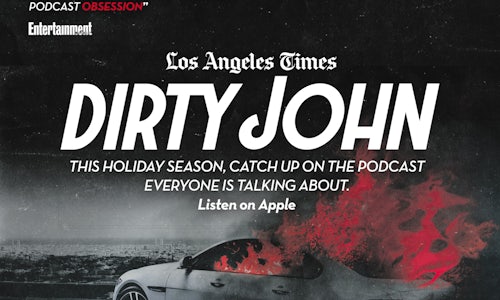 "Dirty John" is a 6-part podcast series reported and hosted by Christopher Goffard (LA Times staff writer, Pulitzer Prize finalist and author); it is a story of love, deceit, denial and survival published simultaneously in print, online and via podcast.

To tease the launch of the series, the marketing team developed a campaign in the spirit of a movie opening. Teaser ads ran in the LA Times from 9.18 through 9.30, gradually revealing the themes of the story with vibrant imagery that hinted at each episode's title. Starting on 10.1 each one of the 6-part mini-series stories was revealed in print, online and via podcast. Each day the next chapter in the story was told making it important to read and follow the story and (or) listen (simultaneously while reading if so desired) to the episodes in order.

Apple executed a homepage takeover of their Podcasts platform; all seven featured tiles were dedicated to "Dirty John", a first in Apple Podcasts history.

The campaign culminated with a live event at a swanky downtown LA theatre on Dec. 11. "Dirty John" Live featured LA Times staff writers and special guests, and a performance by the singer-songwriter whose song is the theme of the podcast, for a special gathering of fans of the podcast, which was recorded and released as a bonus episode.

From a bus bench to postcard desk drops to digital homepage takeovers to simultaneously deployed ad units in print, online and emails, the "Dirty John" marketing campaign was expertly implemented to promote the Los Angeles Times brand, and create engagement among fans of true-crime podcasts and dynamic storytelling.

The New Yorker described "Dirty John" as 'a kind of journalism noir, blending entertainment and news in powerful, sometimes (in) unnerving ways'. The series teaser campaign began on 9.18.17 through 9.30.10 and launched on 10.1.17; "Dirty John" podcast quickly became a worldwide obsession. Success metrics include:

The story in LA Times newspaper garnered the most unique visitors of any LA Times story in 2016 and 2017, with 8.9M page views and 3.8M visits

Organic pick-up by other media outlets such as Spotify, Stitcher, iHeartRadio, Podbay 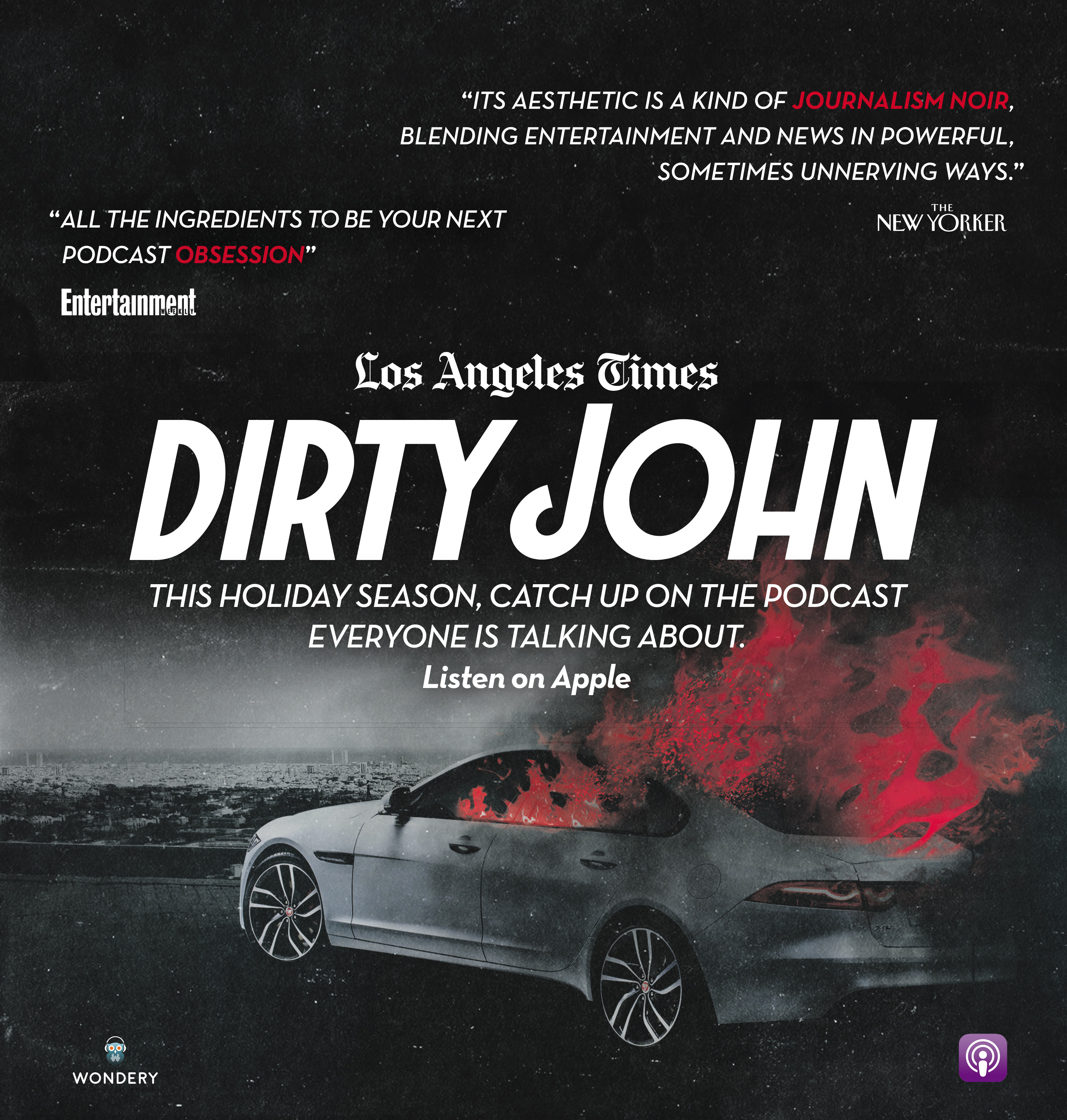