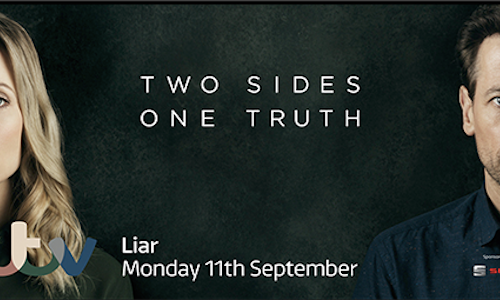 Establish Liar as the must see drama of ITV in Autumn 2017. Liar is a crime, thriller that hooks viewers in by slowly unraveling the story which we believed would make it a major talking point amongst our audience. We wanted the campaign to reflect this and start conversation before the drama started.

The drama Liar told viewers two sides of the same story. We wanted the audience to feel genuinely torn from the start about which one is the Liar. To extend this theme to the social campaign, we wanted to showcase the overlapping and interweaving narrative to really challenge the viewer and make them question whose side is to be believed.

We kicked off the campaign by utilising Facebook's new video header feature to introduce the characters and tease the plot.

We then created a series of Facebook Canvases that allowed users to explore the stories of the two lead characters for themselves, hearing the same event told from two different perspectives.

Finally, to grab people's attention, we made clever use of audio by overlaying each of the character's story in a different audio channel on the same video. Viewers could hear his story in the left headphone and her story in the right.

The campaign was a huge success, with the canvases reaching 2.1m people, who spent more than 3,000 accumulated hours exploring it. The headphone video reached 10m people, with a large percentage of people viewing the video multiple times to experience it in different ways. 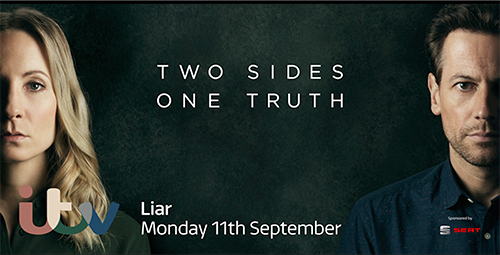