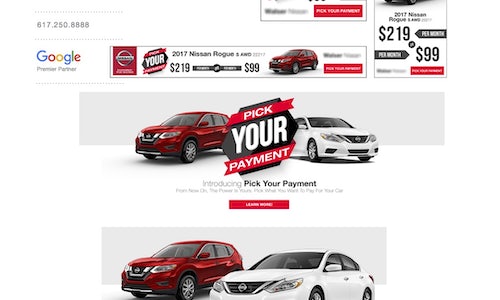 The Nissan Rogue IMB display ads were targeting towards in-market buyers using narrowed down Polk Data. The data was specifically circled in on Nissan SUVs. Introducing new ad sizes can be troublesome, however with A/B testing and designing ads to fit areas of the page, C-4 Analytics knows which ones will be the most effective. A client was testing a new Nissan Rogue ad that happened to be bigger in size and wanted to see what the return on investment would be for it. By having it run for a while, C-4 Analytics was able to garner the information needed to promote this ad size option.

The main objective was to drive traffic to the client's site by showing the ad in a variety of well placed areas online. By having the ad assume a larger position, the chances for its information to resonate were higher. This was also made possible by targeting those who were already searching for a Nissan SUV by utilizing the available Polk Data.

By switching to the larger image, C-4 Analytics put the client's information in the forefront of viewers. When searching for text, the viewer is going to see the car image that the agency put there for them, click on it and see the details available to them. The ad was shown to serious buyers by using the Polk data available to the agency. The Polk data allowed the agency to specifically target those who were seriously shopping for a Nissan SUV. When those buyers started a Google search, they were immediately shown the larger ad C-4 Analytics had created. This ad would show up in a way that would entice the buyer to click on it, and lead them to learn more about the dealership's offer. The agency would continue to run additional smaller ads that would show up to the demographics selected as well. By doing this, they were able to compare the results and see which were performing better and make a switch to utilize those ads more often.

These Nissan Rogue IMB display ads launched on January 19th and ran through January 31st. The largest of them, the 300 x 600, has seen double the traffic - 12,302 vs. 6,186 impressions - of an ad running in the same spot in a similarly targeted ad group for the Nissan Altima. It also garnered 24 clicks to the Altima's 5. 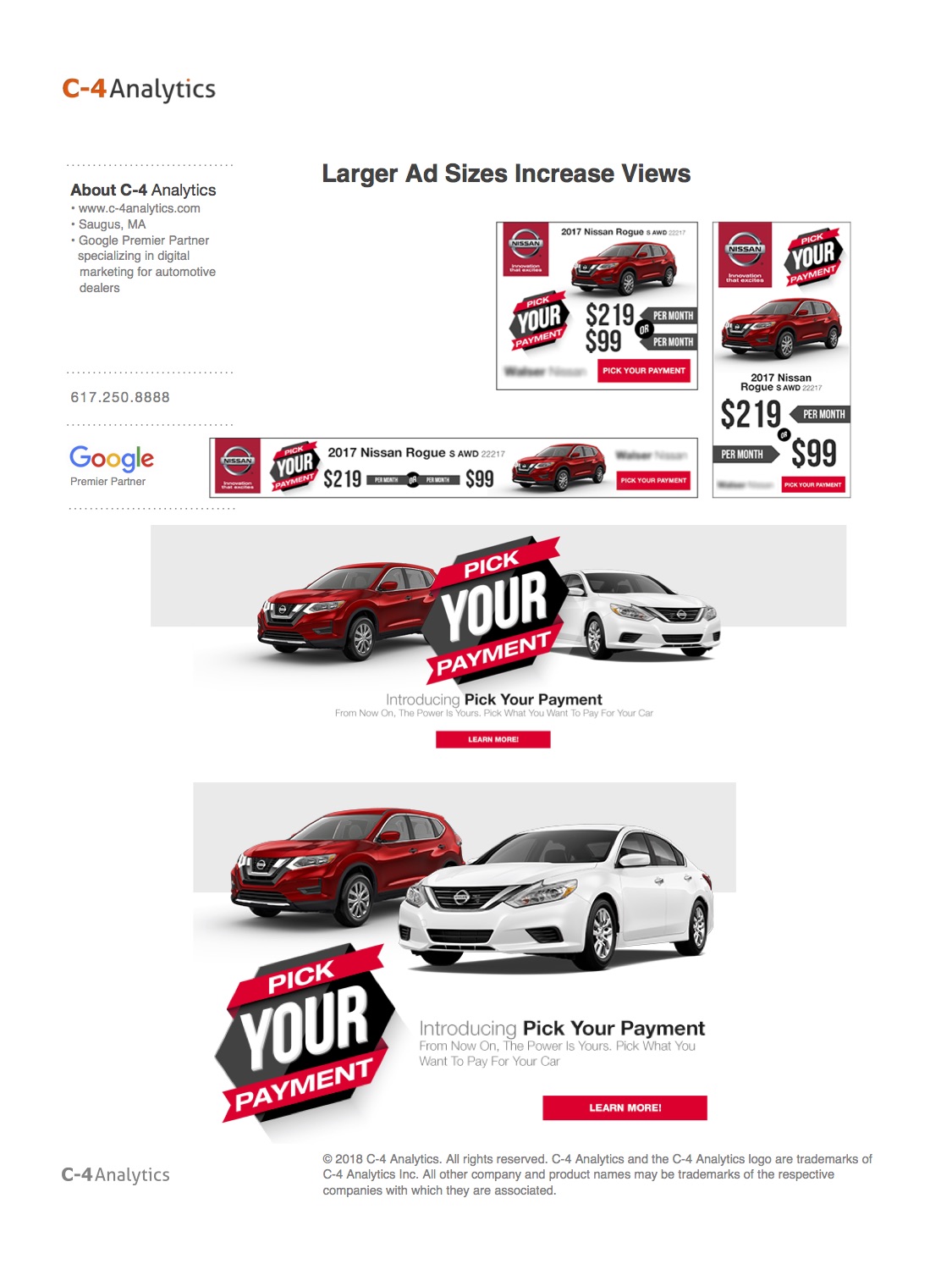 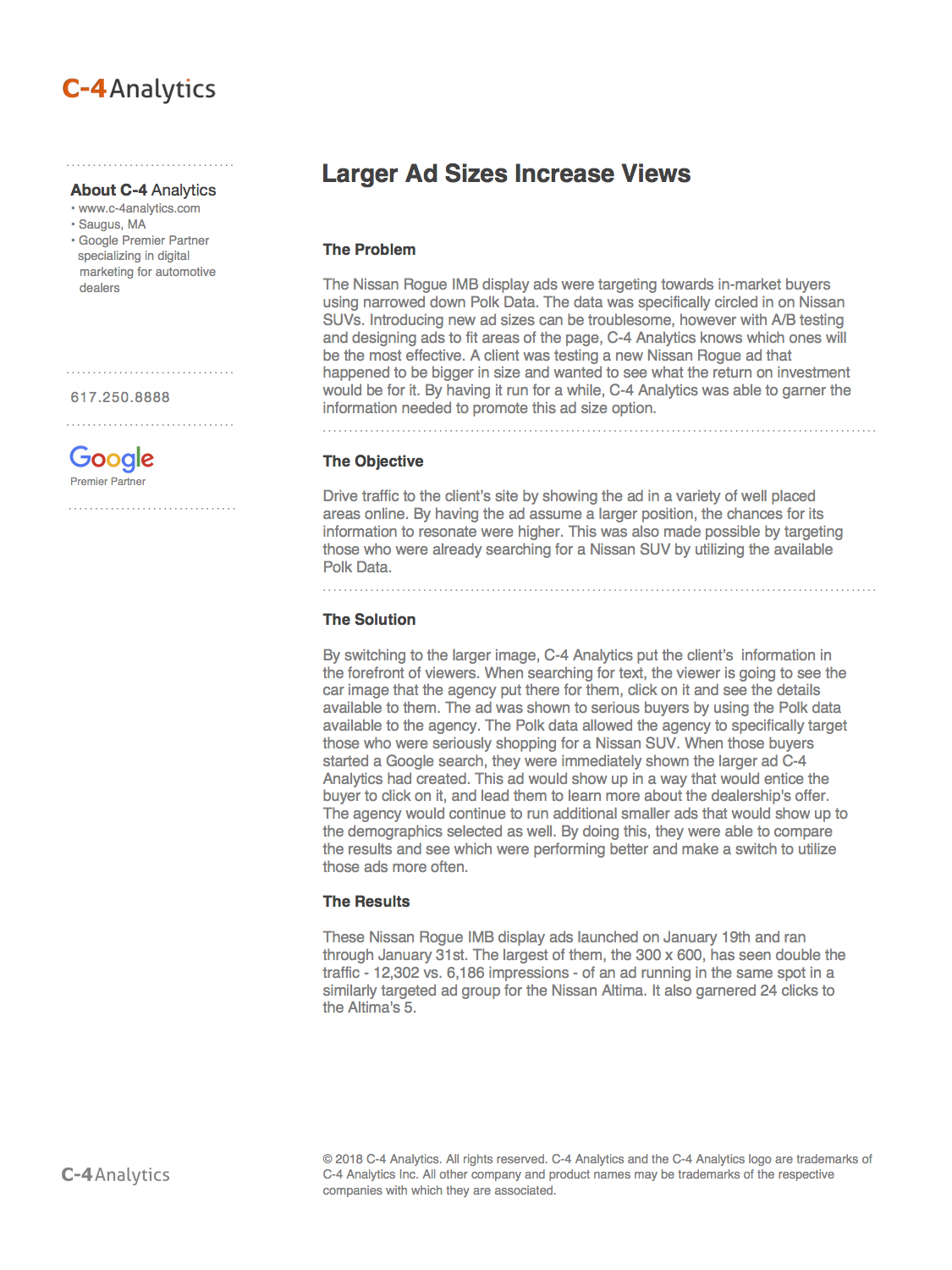