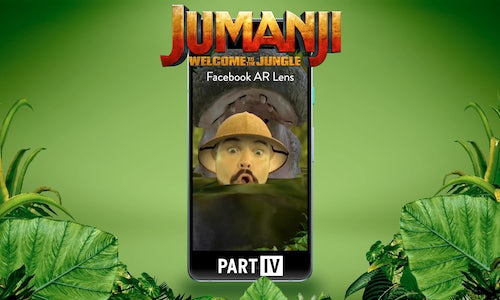 Collaborating with Sony Pictures and Facebook, we set out to transport users into the adventurous world of Jumanji. Using the poster as inspiration, we wanted to allow fans to animate themselves directly into Jumanji. More than a mask, we also set out to create an interactive Jumanji experience.

Working closely with the Facebook engineering team, we pushed the boundaries with new tech and first-to-market features. First, we gave users a fun and thematic pith helmet and occluded their faces up to the nose in water using custom webGL shaders. We also added gesture activated animals that interacted with users. Lastly, we made it appear as though a massive hippo appeared behind users and eating them with a massive bite that sent water splashing onto the screen.

The final result was a Facebook lens that separated from the pack by giving fans an interactive experience based on Jumanji. Far more than a mask, fans could place themselves inside the world, interact, and react to the events happening around them. Jumanji: Welcome to the Jungle went on to become the surprise hit of the holiday season and beyond, staying #1 at the box office for 5 consecutive weeks. To date the film has grossed almost 1 Billion dollars worldwide.

Video for Jumanji: Welcome to the Jungle Facebook AR Effect 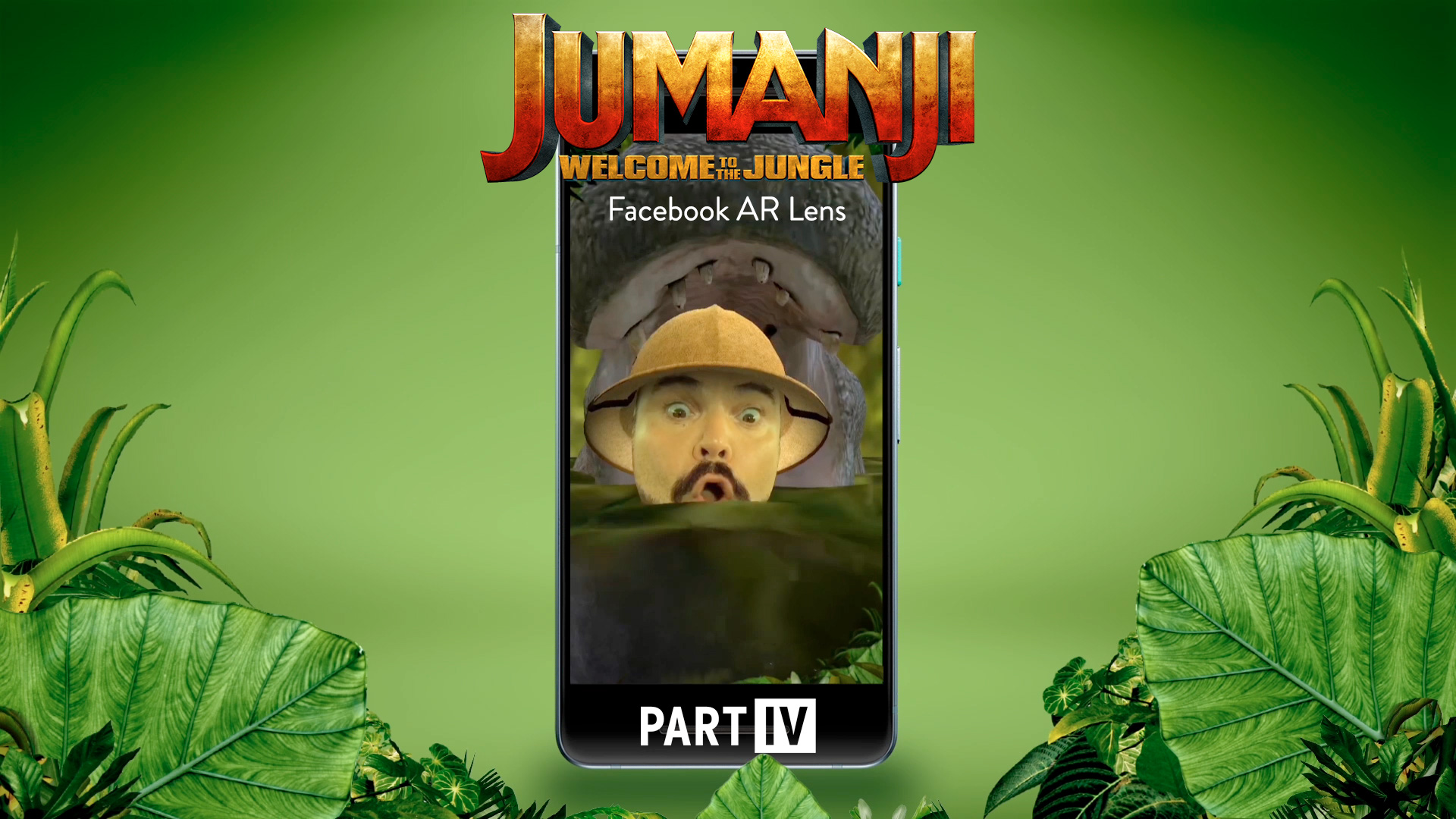