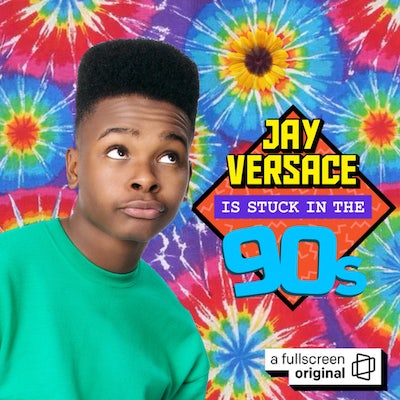 Jay Versace is Stuck in the 90s

About Jay Versace is Stuck in the 90s

Imagine being sent to a world where there are no smart phones, where you need to ask people for directions instead of Siri, where you can’t google anything because Google hasn’t been created yet. Well that’s where Jay Versace was sent after being struck by lightning, leaving him stranded in an ancient time known as... the 90s! Fullscreen’s Jay Versace is Stuck in the 90s follows Jay as he struggles to make his way in a world where only birds tweet, ‘uber’ was just a regular German word, and Coogi sweaters were still the rage. If you watch any of the hilarious episodes and still don’t get what makes this show so great, we’re guessing you’re not a 90s kid.

Jay Versace is Stuck in the 90s's best work on social