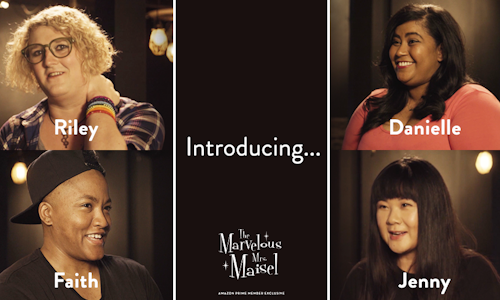 “Introducing” the Mrs. Maisels of Today

Amazon partnered with Elizabeth Banks' comedy-based digital, WhoHaha, to generate excitement and drive tune in for the series premiere of the Prime Original series "The Marvelous Mrs. Maisel." The comprehensive campaign featured a robust collection of thematically related content, including a branded series called, "Introducing." The series profiled four stand-up comedians and their daily struggles as they strive to reach success, much like the title character in Prime Video's award-winning show.

Engaged by Prime Video to help promote the launch of "The Marvelous Mrs. Maisel", WhoHaha created a timely and moving four-part branded video series. WhoHaha identified four female stand-up comedians that are following their passion of being on stage and making people laugh, all while facing ongoing struggles and adversities.

The ideation behind the docu-series perfectly aligns with the main theme of "The Marvelous Mrs. Maisel" - "When life gets you down, you stand up." Although the stand-up world has changed since the late 1950s, when Midge is trying to break into the industry, "Introducing" provides a modern-day lens through which viewers can see there is a still a long way to go.

Each episode highlights one comedian by showcasing a typical day in their life in addition to one-on-one interviews. The stories from Danielle, Faith, Jenny, Riley each result in a personal and heartfelt episode surrounding how each of the women is reaching their dream while dealing with their own personal struggles.

As Midge builds her new life through comedy, the WhoHaha-produced "Introducing" series brought a heartfelt look at modern-day women finding success as stand-ups. The series brings important lessons from the Golden Globe-winning "The Marvelous Mrs. Maisel" and encourages potential viewers to stream the show. To-date, the series has received over 350K views and had a reach of over 1.1 million.

The series also reached a niche stand-up comedy audience and began a lively dialogue about the show. The participating comedians were actively engaged with all of the content and shared the series to their personal social channels, creating even more organic reach to the stand-up community and sparking a unique, highly-engaged dialogue.

Video for “Introducing” the Mrs. Maisels of Today 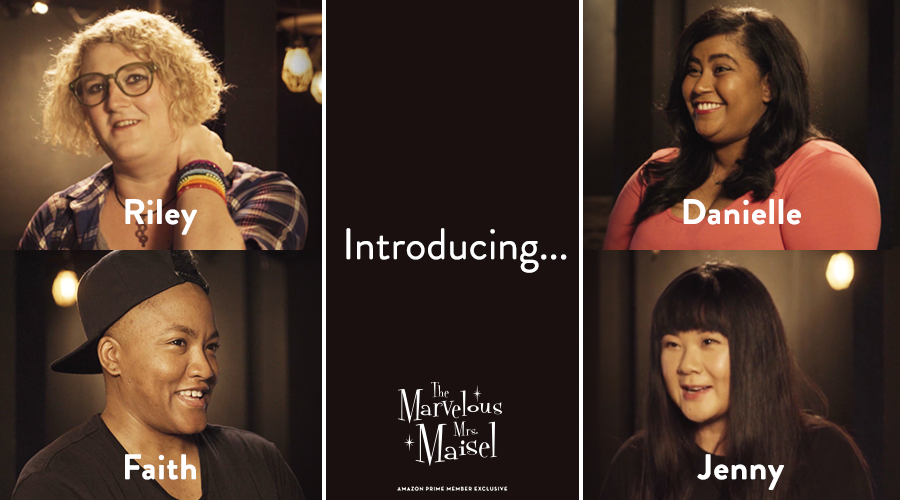