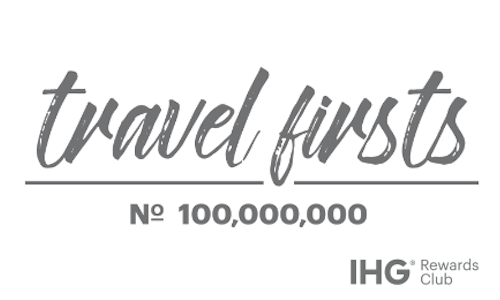 #TravelFirsts was a "Thank you" to IHG Rewards Club members for helping us reach 100 million enrolled members—an industry first among hotel loyalty programs.

The campaign celebrated first-time travel experiences and adventurous moments, while highlighting the benefits of the club and inspiring guests to explore.

#TravelFirsts had no monetary goals. It was designed to drive conversation, delight members, and showcase stories only great travel can provide.

IHG Rewards Club sent out a call to its members: "Share your travel-firsts, and the new experiences that keep you traveling again and again. These moments could be the first time on a new continent, the first time you took a conference call from the beach, or anything else where travel created something new."

Messages were sent through email, social, and paid media. We created a landing page, blog posts, and exclusive video to introduce the campaign, and we began the hashtag #TravelFirsts so member stories could be searched, collected, and shared for inspiration.

As the campaign commenced, our team monitored submissions and found compelling stories that aligned with our brand mission to inspire travel and bring people together.

Using BazaarVoice and Sprinklr, we shared stories through IHG Rewards Club and hotel brand social channels, repurposed them for our campaign website, and interacted with members who posted.

In addition to organic sharing of this content, IHG Rewards Club partnered with MasterCard to launch the Priceless Experiences contest. Here, guests who posted their #TravelFirsts, along with the hashtags #Priceless and #Contest, could win one of four exciting journeys to New York, Las Vegas, Los Angeles, or New Orleans.

The campaign led to record-breaking results for IHG Rewards Club. Within the first two months, we received over 37,000 visits to the campaign landing page, 3,900 #TravelFirsts hashtag uses, 3.8M views of the campaign video. And the campaign received an overwhelming positive sentiment rate of 99%.

Other notable achievements include a cost-per-view (CPV) for the video of only $0.02, and 27 bookings generated, which is especially exciting as this was not a primary goal of the campaign (and the landing page didn't even feature a booking module).

As a result of its success, IHG Rewards Club will continue to promote #TravelFirsts, and encourage members to share their experiences in 2018. 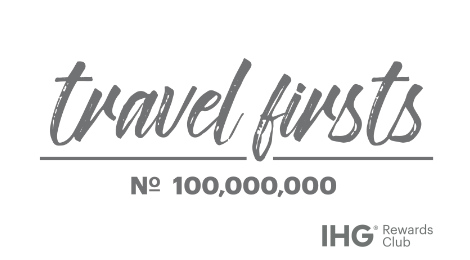