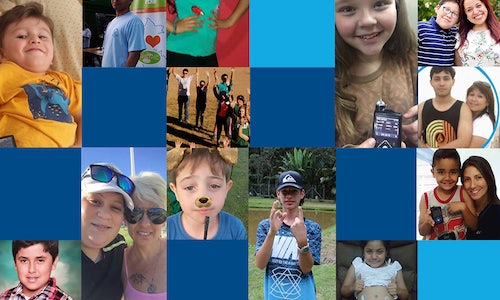 In Latin America, an estimated 29.6 million people, or 9.4% of the adult population, have type 1 or 2 diabetes. For more than 30 years, Medtronic has been helping people with diabetes and working closely with the Latin America community to educate and help people that live with diabetes to better manage their condition. Medtronic aims to transform diabetes care by expanding access, integrating care and improving outcomes, so people with diabetes can enjoy greater freedom and better health. In November 2017, With the occasion of the World Diabetes Day, Medtronic Diabetes Latin America wanted to give the community opportunity to recognize those heroes – parents, caregivers, institutions and influencers – who through their extraordinary gestures, education and guidance, support and accompany people living with type 1 or 2 diabetes and motivate them to live without limitations. By recognizing these heroes, Medtronic draws attention to the importance of community support in diabetes treatment.

We selected a comprehensive digital platform to promote a more direct conversation with the patient and their families. With an engaged online community of 137K followers on Facebook and Twitter, Medtronic Diabetes Latin America encouraged patients with type 1 or 2 diabetes to recognize patient associations, caregivers and other patients who inspired and motived them to have a better life, to generate awareness about the importance of this condition on World Diabetes Day. Through daily social media posts on Facebook and Twitter, from November 1st to 14th, Medtronic nominated a daily "Hypoheroe" - or a hero who fights against hypoglycemia. Each post recognized regional and local diabetes patient associations, social media influencers, and patients, explaining why they deserved to be considered personal heroes. These posts directed the community to a website with not only a form for submitting their nominees, but also information about the campaign, patient testimonials videos, and a special feature where users could create and customize their own hypoheroe mask. The nomination asked for a short story explaining why and how this hero helped the patient to live with diabetes. This campaign didn't offer any incentive or prize, generating all stories organically. Collected testimonials gave the brand valuable insights for content generation and material for supporting marketing and communications initiatives, such as email campaigns, e-books and testimonial videos.

In less than 15 days, Medtronic's posts reached more than 452K views on Facebook and Twitter, increasing awareness of this condition beyond Medtronic's community. The conversation around this campaign not only generated hundreds of comments from users, patients, influencers and patient organizations across Latin America, but it was also shared 2,400 times on social media. Some of the most recognized social media influencers in diabetes such as @DiabeT-Rex. @DulcesitosMios and @MarceloGonzales, national patient associations like Fundación Mi Diabetes (Chile), Con Diabetes Si Se Puede (México), Asociación Sonorense de Diabetes (México), Fundación Huellas de Azucar (Colombia) and Asociación de Diabetes Madrid (España), and governmental organizations like ONG Cuidar Diabetes, shared the campaign's content, thus amplifying this initiative through the hashtag #Hypoheroes. Almost 100 stories were collected organically. 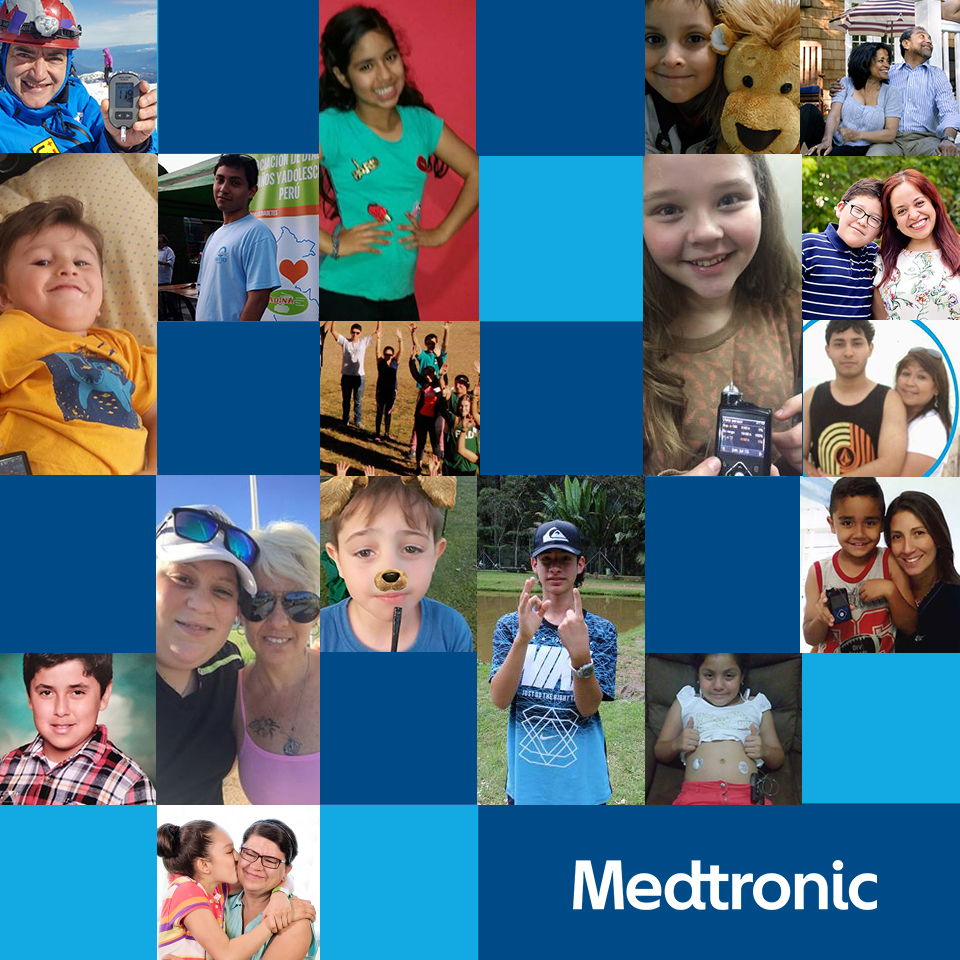 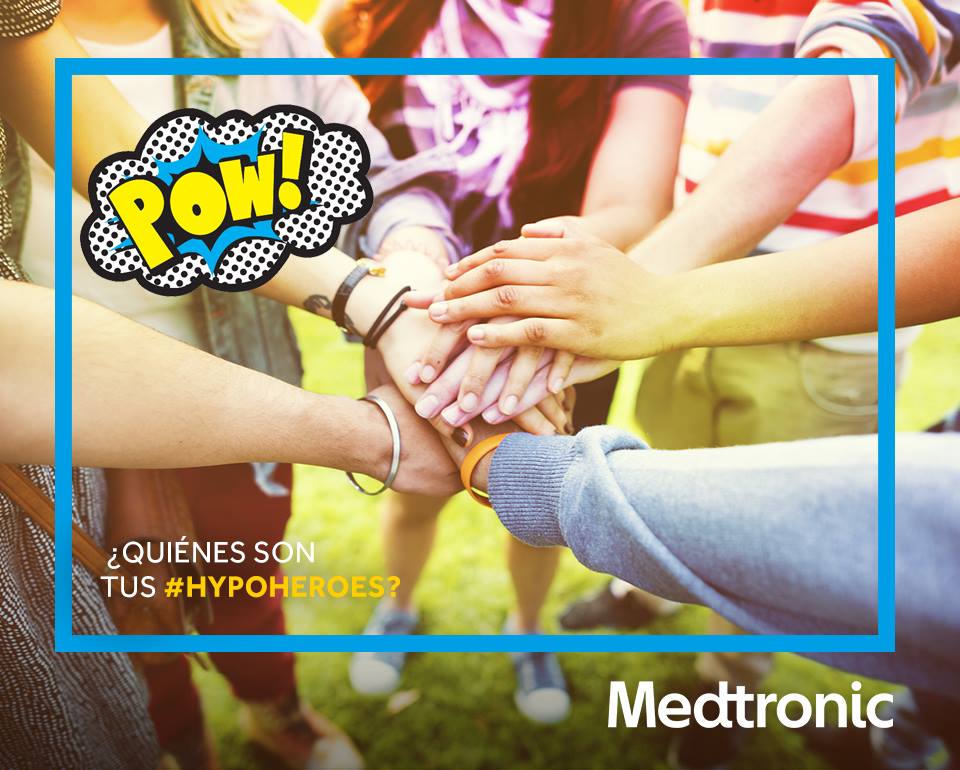 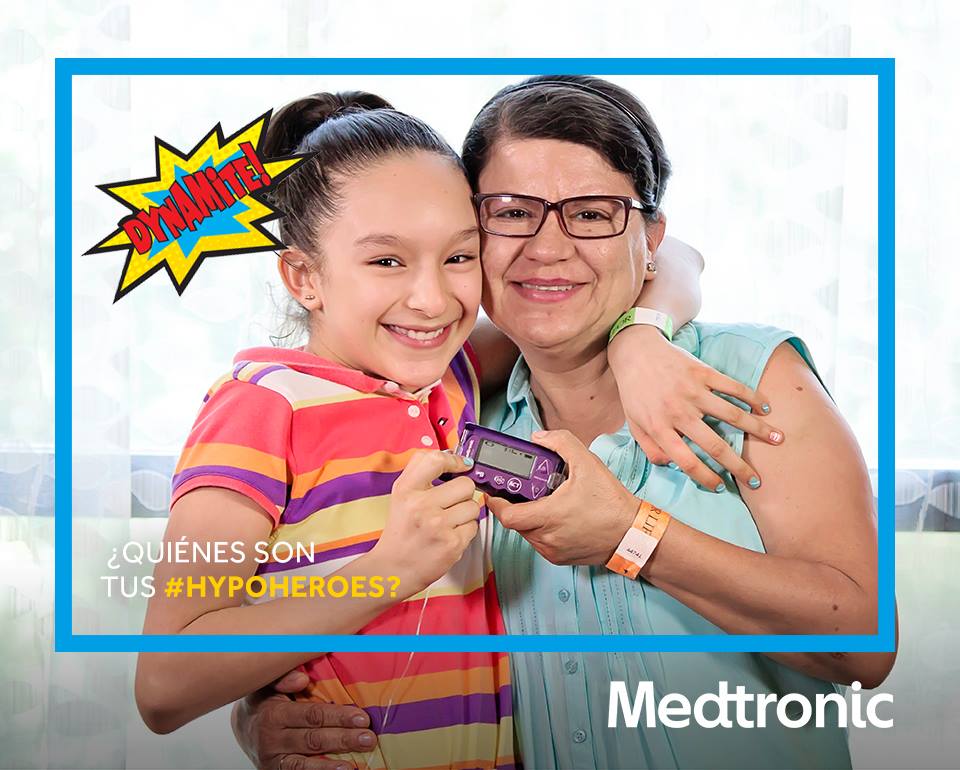 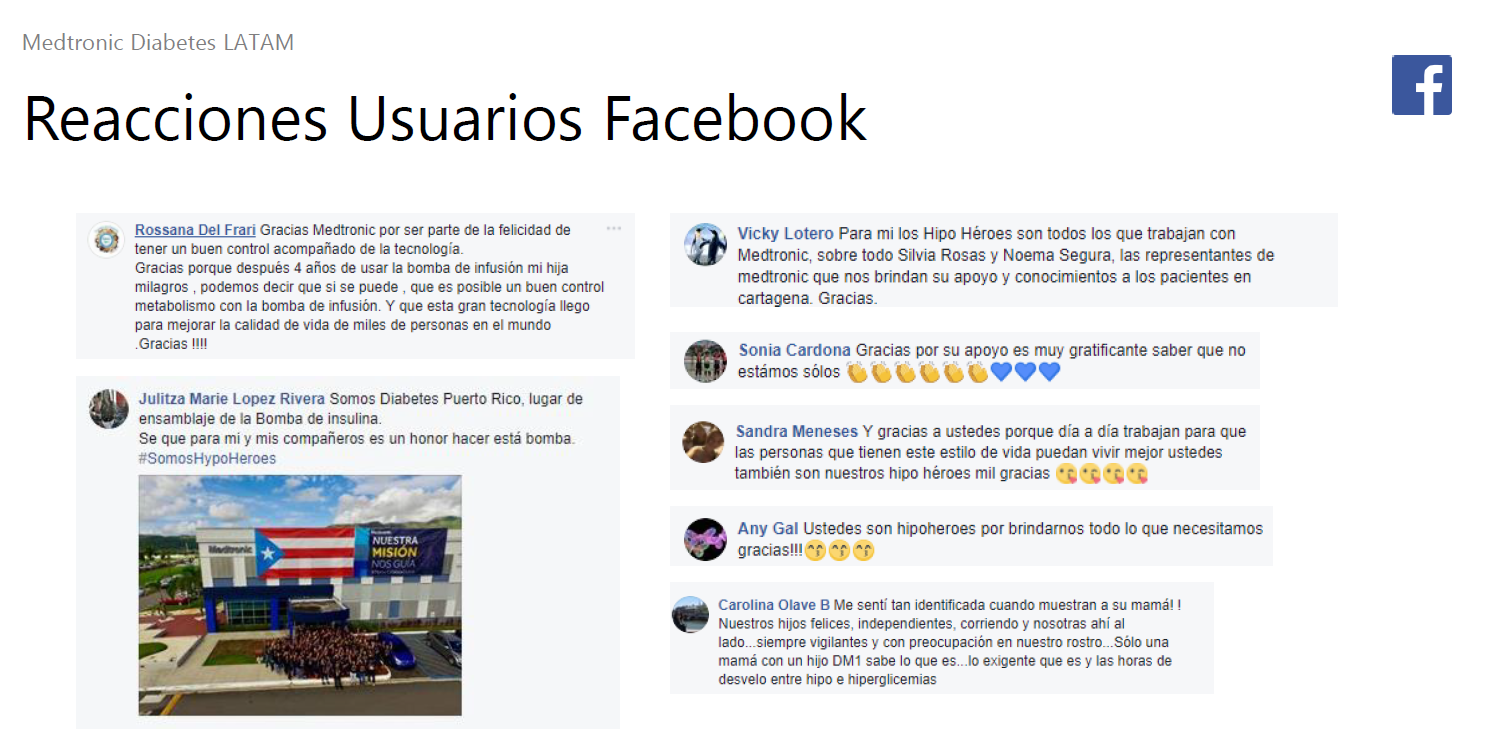 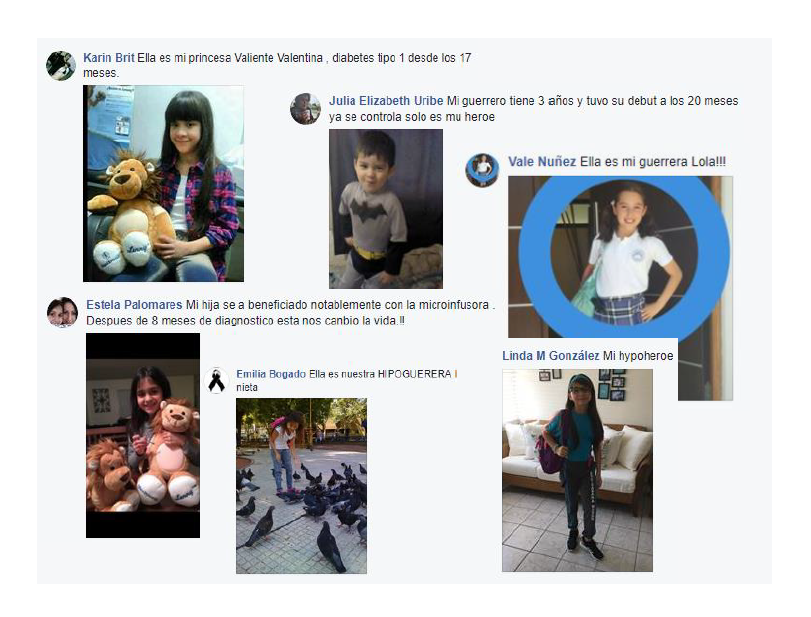